Georgia Southern to play at Nevada in 2024, likely replaces game at BYU 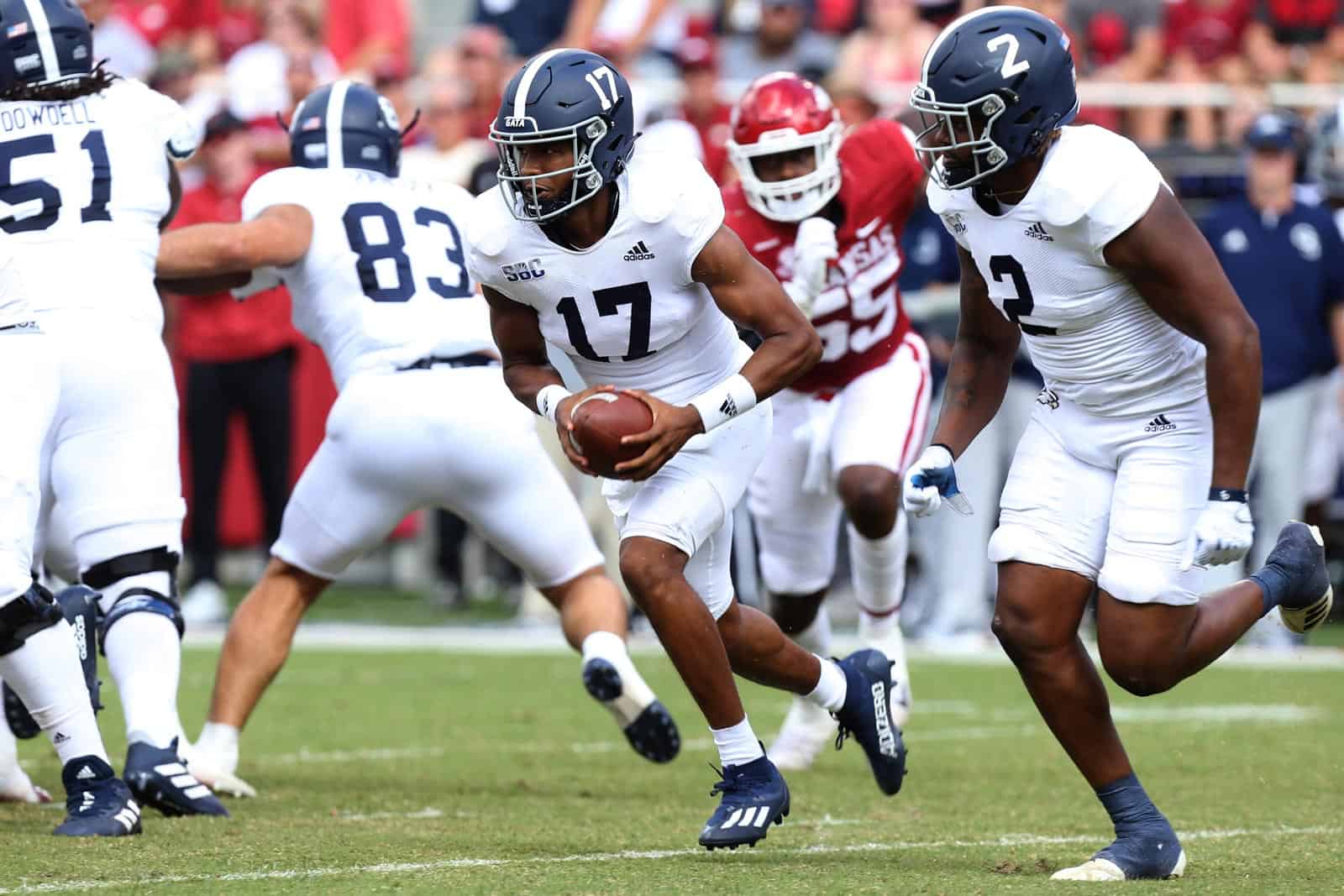 The Georgia Southern Eagles have added the Nevada Wolf Pack to their 2024 football schedule, FBSchedules.com has learned.

A copy of the football game contract with the University of Nevada, Reno was obtained from Georgia Southern University via a state open records request.

Georgia Southern will travel to take on Nevada at Mackay Stadium in Reno, Nevada, on Saturday, Sept. 7, 2024. The Eagles will receive a $100,000 guarantee from the Wolf Pack for playing the game, according to the copy of the contract.

The 2024 Georgia Southern-Nevada contest will mark only the third meeting on the gridiron between the two schools. The Eagles defeated the Wolf Pack 48-38 in Reno in 1986 and followed that up with a 36-13 victory in the Division I-AA Championship Game in Statesboro, Ga., in 1990.

Georgia Southern previously had four non-conference opponents scheduled for the 2024 season, so one of those games will have to be rescheduled or canceled altogether. That opponent will likely be the BYU Cougars, who are set to join the Big 12 Conference in 2023 and have been busy trimming down their future non-conference schedules.

A good sign that the Georgia Southern-BYU game will not be played in 2024 is the small guarantee ($100,000) that the Eagles will receive for the game at Nevada. Back in January, news broke that BYU had added Nevada to its home slate in 2024, and the Wolf Pack will receive the same $100,000 guarantee for that contest.

That likely means that BYU assisted in lining up Nevada as a replacement opponent for Georgia Southern in 2024. Additionally, BYU may provide some additional compensation to both Nevada and Georgia Southern that could be outlined in a separate document.

Georgia Southern is scheduled to open the 2024 season at home at Paulson Stadium in Statesboro on Aug. 31 against Boise State. The Eagles will also host South Carolina State on Sept. 14 and will travel to Ole Miss on Sept. 21.

Nevada has also completed their non-conference schedule in 2024 with the addition of Georgia Southern. The Wolf Pack open the season at BYU on Aug. 31 and are also slated to visit Minnesota on Sept. 14 and host Eastern Washington on Sept. 21.

Per a copy of a document obtained from Georgia Southern, their 2024 game at BYU is officially canceled with no penalty, damages, etc. for either school.

The BYU-Nevada game was announced in January when BYU was in the process of paring down future OOC opponents. Seems to me the game would not have been announced if BYU planned to cancel it.

Are you certain the NC State, Wyoming, USU, and ECU games not getting moved? BYU’s three 2024 OOC opponents could be Utah, Nevada and Utah Tech, And if the B12 decides to change to four OOC opponents per season, the probability of Nevada remaining the schedule increases.

Also if GSU replaces BYU on Nevada’s 2024 schedule, Nevada will still be in need of another 2024 OOC opponent (FBS).

Billy,
Good, plausible Points.
I have no information about who 2024’s final Foes will be.
Once the NCAA decides whether any conferences have to have Divisions anymore, if they don’t, that could make every Team & Conference’s Schedule more pliable.