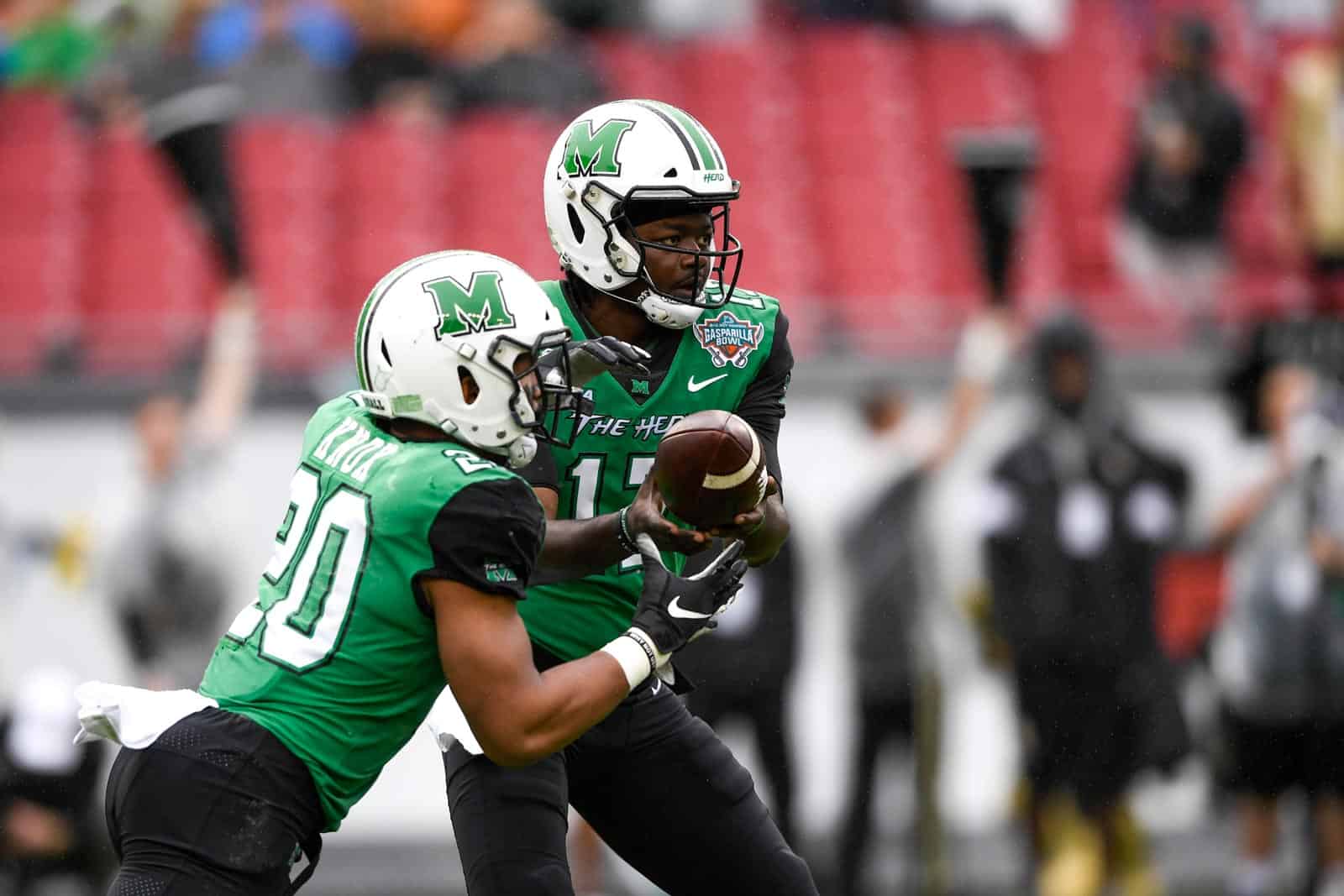 The Appalachian State Mountaineers and the Marshall Thundering Herd have scheduled a home-and-home football series for 2020 and 2029, it was announced on Monday.

The first game of the series is scheduled for this season on Sept. 19, 2020 at Marshall’s Joan C. Edwards Stadium in Huntington, W.Va. The Thundering Herd will return the trip to face the Mountaineers at Kidd Brewer Stadium in Boone, N.C., on Sept. 8, 2029.

“We are glad to add Marshall to this year’s schedule and thankful to athletics director Mike Hamrick and his team for working with us to get this done,” App State Director of Athletics Doug Gillin said. “This regional matchup is good for our student-athletes, alumni and fans.”

Appalachian State and Marshall also have a previously announced home-and-home series on the schedule. The two schools are slated to meet on Sept. 25, 2021 in Boone and on Sept. 17, 2022 in Huntington.

Appalachian State and Marshall first met on the gridiron in 1977 and have squared off a total of 22 times. The Thundering Herd won the last two matchups, 24-10 in Boone in 1996, and 50-17 in Huntington in 2002, but the Mountaineers still hold a 14-8 advantage in the overall series.

Following the cancellation of all four of their non-conference games in 2020 – Morgan State, Wisconsin, Wake Forest and UMass – the Mountaineers added home games on Sept. 12 against Charlotte and Sept. 26 against Campbell. Their Sun Belt schedule remains unchanged.

“We have an outstanding team coming to Huntington,” Marshall Director of Athletics Mike Hamrick said. “We have a long history and it is a game our fans will enjoy.

“We’re disappointed that Pittsburgh and Boise State are not able to come to Marshall this season, but we’re excited to secure, at this late date, a Top 25 team in Appalachian State that will visit Huntington.”

Marshall is scheduled to play at East Carolina on Sept. 12 and has two non-conference openings. In addition to Pitt and Boise State, the Thundering Herd had a Sept. 19 game at Ohio dropped from their slate.

I hope they get to play this year. There are no D1 football schools on the roads between App State and Marshall even though it is a 4 and 1/2 hour drive.