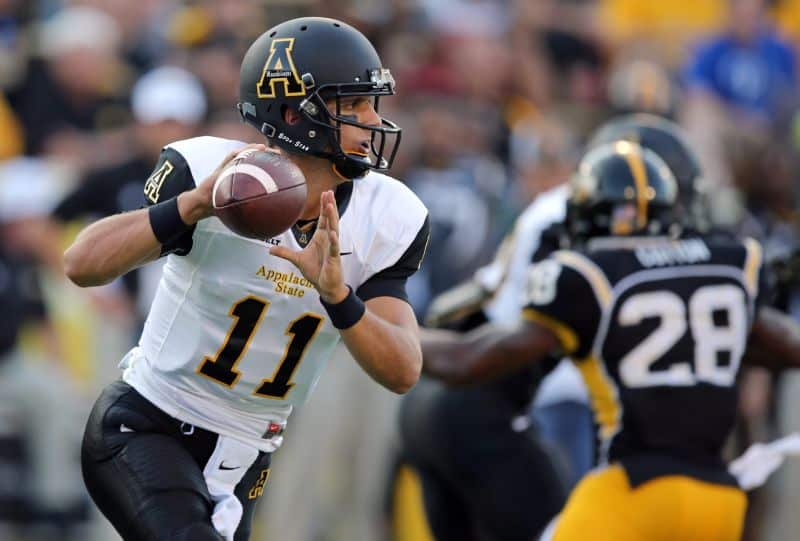 The Thundering Herd will travel to Boone’s Kidd-Brewer Stadium to play Appalachian State on September 25, 2021. The Mountaineers will return the trip to Joan C. Edwards Stadium on September 17, 2022. This series will renew a rivalry the schools enjoyed as FCS powerhouses.

“This is a great series for our program. We have a lot of respect for Marshall and the success that they have achieved at the FBS level. I have been a part of the Appalachian-Marshall rivalry as a player and coach and am excited for our fans and student-athletes that the series has been renewed,” said Appalachian State coach Scott Satterfield in the release.

The teams last met in 2002, a game Marshall won by 33 points in Huntington.  Before that game, however, the two met as nationally-ranked teams in consecutive years.  Appalachian State defeated Marshall 24-14 in Boone in 1994, a game in which the Thundering Herd entered ranked number one overall.  The Mountaineers also defeated Marshall 10-3 in Huntington the following season, with App and Marshall ranked second and third, respectively.

“It is great to get Appalachian State back onto our schedule and that we can give our fans another drivable road game. Appalachian has a wonderful tradition and is already one of the top teams in the Sun Belt Conference,” said Marshall Director of Athletics Mike Hamrick in the release.

I’m sure Gameday will be on-site for this much anticipated matchup.

I know Greg is joking aboit GameDay; but move this game to a Tuesday or Wednesday night,and put it on ESPN U and it might turn out to be a very watchable game.

App St. might very well be in CUSA by then.

maybe not, but Marshall could soon join the American if that conference loses Cincy and UConn to the ACC, my projected replacements for those schools in the American are Marshall and UAB

The ’94 game mentioned in the article was my first ever night game in Boone freshman year, and still my favorite to this day. Amazing game, can’t wait to restart the rivalry. Marshall was the first team I hated.