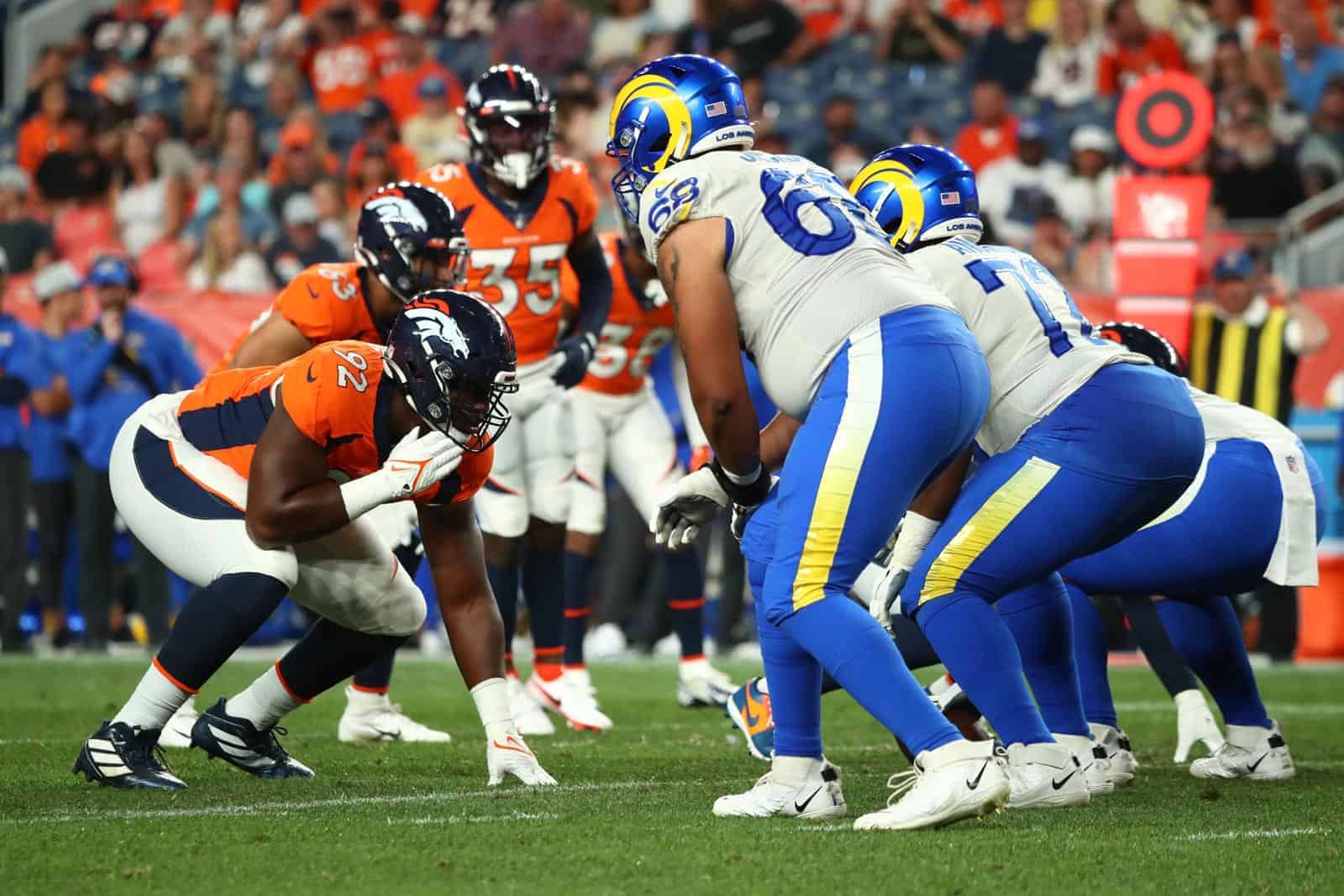 The 2022 NFL schedule release is set for Thursday, and the league has announced another matchup ahead of that complete reveal.

On Christmas Day, Sunday, Dec. 25, 2022, the Denver Broncos will travel to face the Los Angeles Rams at SoFi Stadium in Inglewood, Calif. The game will be televised by CBS and Nickelodeon at 4:30pm ET.

ESPN reported last month that the 2022 NFL schedule will features three games on Christmas Day this season. One additional afternoon game will be on FOX, while the primetime game will be televised by NBC.

The Broncos-Rams matchup adds to the list of regular-season games that have been officially announced by the NFL. Yesterday, a Monday Night Football doubleheader for Week 2 was announced.

The MNF doubleheader, slated for Monday, Sept. 19, 2022, will feature the Tennessee Titans traveling to take on the Buffalo Bills and the Philadelphia Eagles hosting the Minnesota Vikings. The games will be televised by ESPN at 7:15pm ET and ABC at 8:30pm ET, respectively.

I did propose Nick air an alternate telecast of the Xmas game on CBS, but I also wanted Rams at Chargers at night on NBC