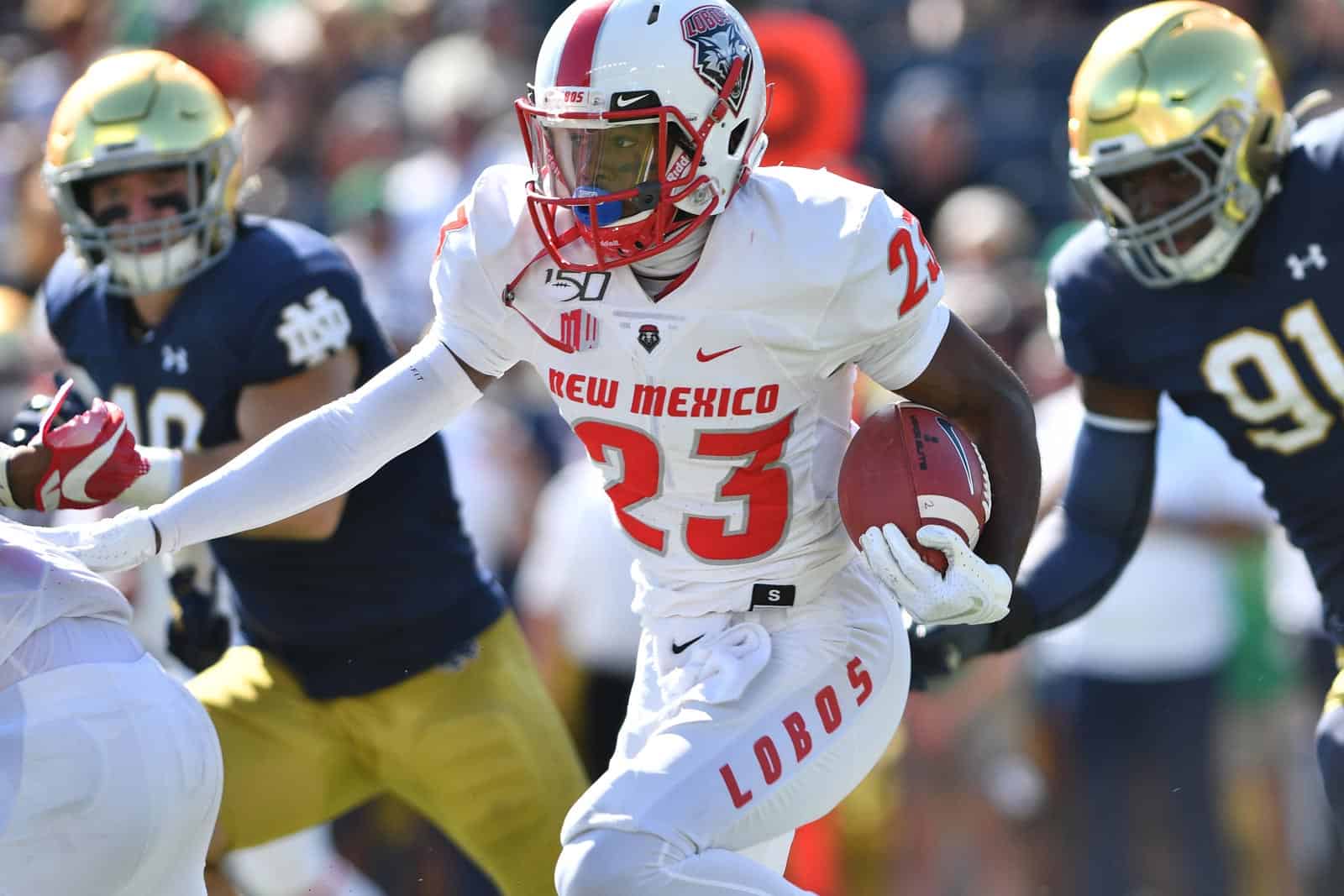 The 2020 Idaho State Bengals at New Mexico Lobos football game has been moved from Week Zero (Saturday, Aug. 29) to Saturday, Sept. 19, according to a report from The Athletic.

New Mexico and Idaho State will meet at Dreamstyle Stadium in Albuquerque, N.M. The Bengals are set to receive a $375,000 guarantee for the contest, which we reported in August 2017.

New Mexico and Idaho State have met three times on the gridiron. In their last meeting in 1998, the Lobos defeated the Bengals 38-9 to extend their series lead to 3-0.

Idaho State is a member of the Big Sky Conference in the Football Championship Subdivision. Last season, the Bengals finished 3-9 overall and 2-6 in conference play.

The New Mexico Lobos were previously scheduled to play at in-state rival New Mexico State on Sept. 19, 2020. As The Athletic report indicates, the schools are in discussions to move that contest up to Week Zero.

New Mexico State, a Football Bowl Subdivision (FBS) Independent, was previously scheduled to play at UCLA in Week Zero, but the game was canceled when the Pac-12 opted to play a conference-only schedule this season.

A Yahoo report on Tuesday revealed that FBS schools have a blanket waiver to play in Week Zero this season due to the novel coronavirus 2019 (COVID-19) pandemic. In other seasons, only a few teams play in Week Zero per NCAA rules.