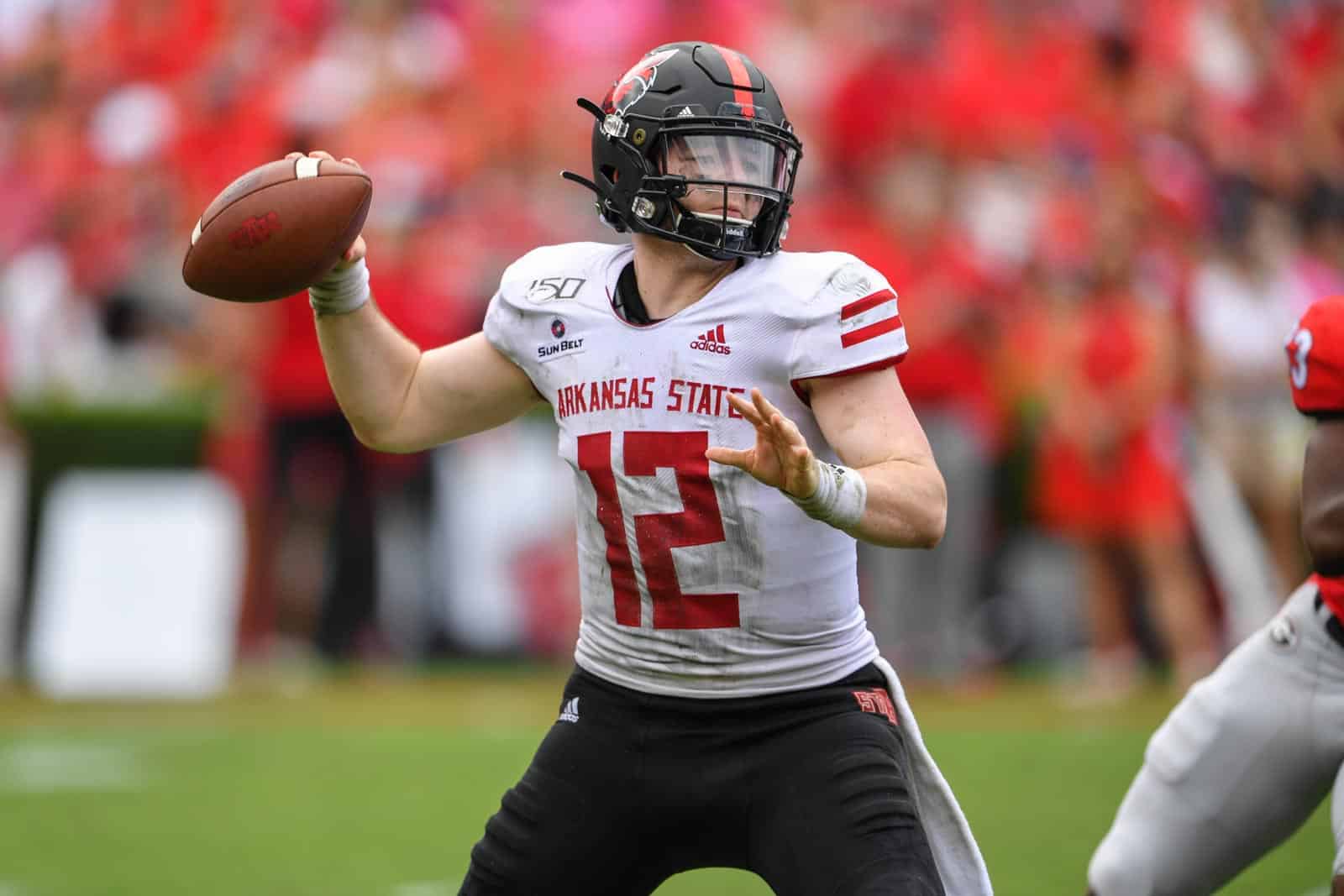 Week 1 of the 2020 college football schedule continues today, but it doesn’t have the same luster as it did before the COVID-19 pandemic took its wrath.

A full schedule of college football games for the first week was whittled down to just nine contests, none of which involve the power conferences. The ACC and Big 12 begin their seasons next week, while the SEC won’t start up until three weeks from now on Saturday, Sept. 26.

Four Football Bowl Subdivision (FBS) conferences have postponed their seasons to the spring, including the Big Ten, Pac-12, MAC, and Mountain West. There has been talk of the Big Ten and Pac-12 starting up in October, but nothing is official yet.

Also postponing to the Spring was every Football Championship Subdivision (FCS) conference. However, a handful of FCS programs are competing in non-conference action this fall.

The 2020 college football schedule kicked off in Week Zero on Saturday, Aug. 29. Only one game was played, which was the Guardian Credit Union FCS Kickoff at the Cramton Bowl in Montgomery, Ala. Central Arkansas defeated Austin Peay in that contest, 24-17.

Six contests are scheduled for today, Saturday, Sept. 5, beginning with Eastern Kentucky at Marshall at 1:00pm ET. The game will be televised nationally by ESPN.

Week 1 action wraps up on Monday, Sept. 7 (Labor Day), with the Navy Midshipmen hosting the BYU Cougars and the contest will be televised nationally by ESPN.

Below is the schedule of games for Saturday, Sept. 5 and Monday, Sept. 7 (all times Eastern):

Are you ready for some football?