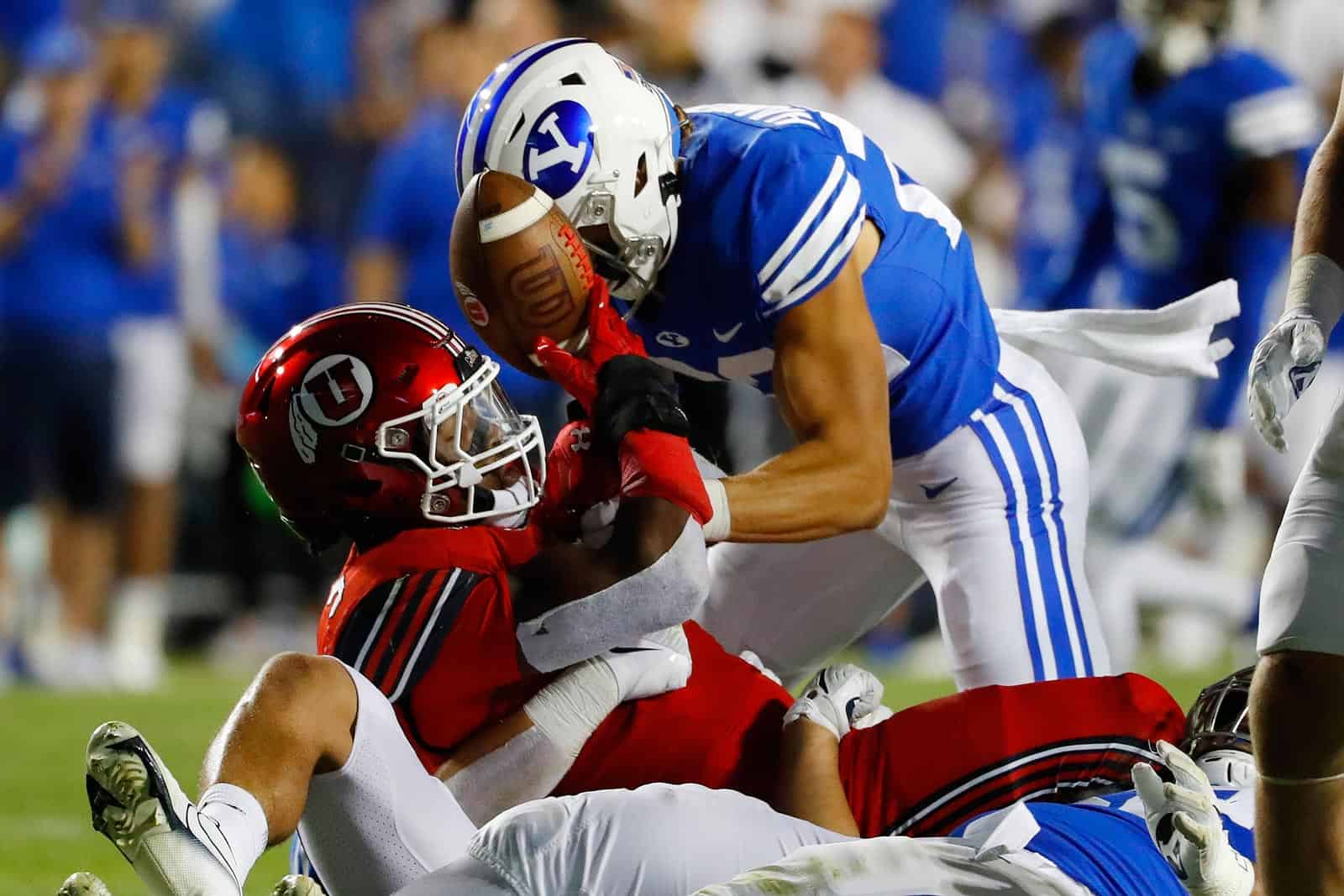 The BYU Cougars and the Utah Utes have agreed to reschedule their canceled football game in 2020 to the 2030 season, according to Utah’s official athletics website.

BYU was previously scheduled to travel to play Utah on Thursday, Sept. 3, 2020, but the game was canceled due to the novel coronavirus 2019 (COVID-19) pandemic. The Utes ended up playing a conference-only schedule that season.

The Cougars will now travel to face the Utes at Rice-Eccles Stadium in Salt Lake City, Utah, on Saturday, Sept. 7, 2030.

The rescheduled game in 2020 is part of a home-and-home series that began on Thursday, Aug. 29, 2019 at LaVell Edwards Stadium in Provo, Utah. The Utes defeated the Cougars in that contest, 30-12.

The BYU Cougars are heading to the Big 12 beginning with the 2023 season. It’s expected that the move will not have an effect on the BYU-Utah series, but that could always change. Both schools have been open about scheduling each other when possible.

BYU and Utah first met on the gridiron in 1896 and the two schools have squared off a total of 94 times. BYU defeated Utah 26-17 in Provo earlier this season on Sept. 11, which broke a nine-game losing streak to the Utes. However, Utah still leads the overall series 59-32-4.