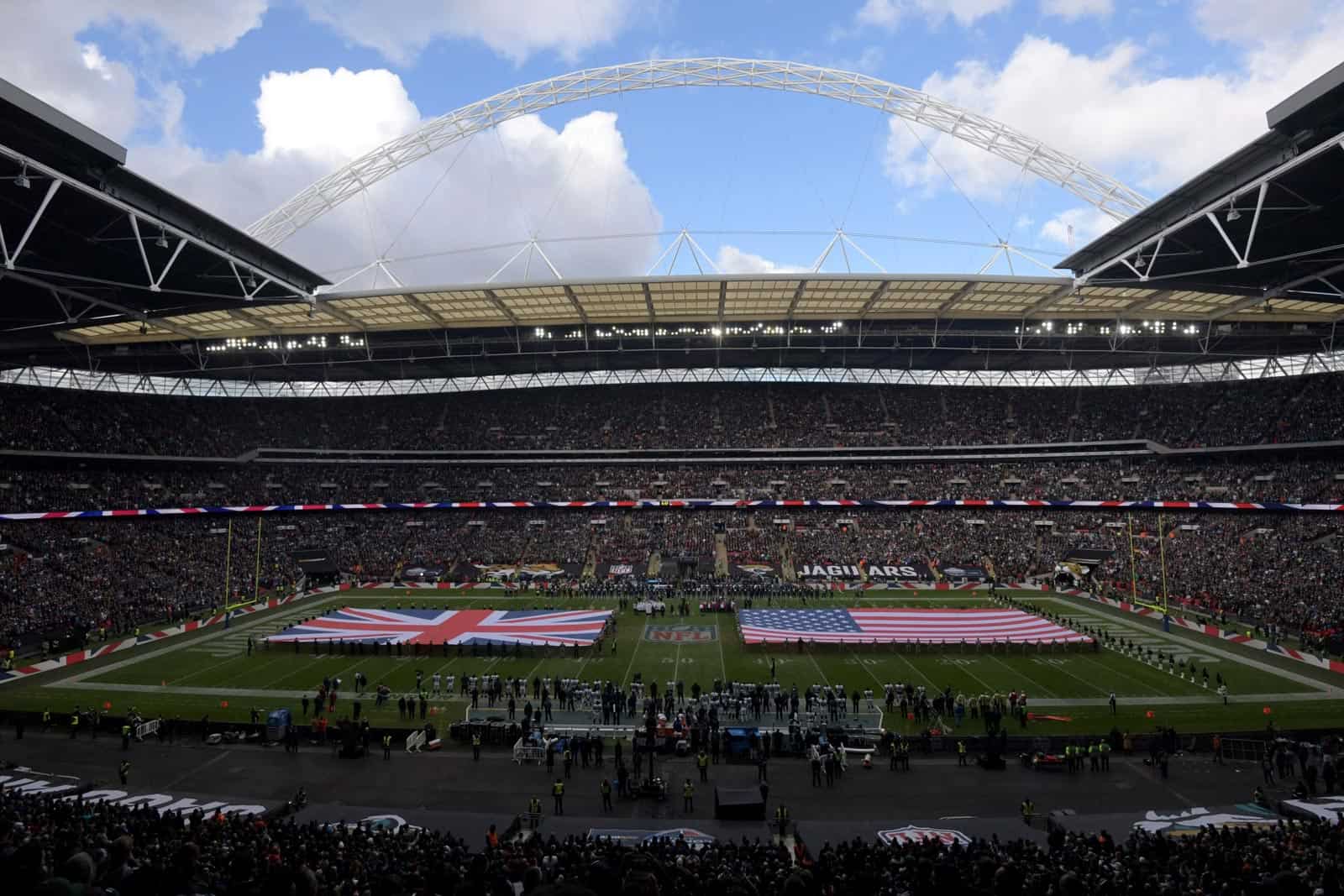 The 2019 NFL International Series will feature five games, the NFL announced on Wednesday.

Exact matchups were not announced, but the home teams will be the Jacksonville Jaguars, Los Angeles Rams, Los Angeles Chargers, Oakland Raiders, and Tampa Bay Buccaneers.

There will be 5 @NFL games played internationally in 2019 – 4 in London & 1 in Mexico City. Details to follow next spring, but the home teams are @Jaguars @Chargers @RamsNFL @Raiders @Buccaneers pic.twitter.com/bi0kDDy9yX

The Jacksonville Jaguars have competed in the most International Series contests, six, and have a 3-3 record. The Oakland Raiders are 1-3 following four appearances.

Formerly in St. Louis and now in Los Angeles, the Rams have made three International Series appearances and are 1-2. The San Diego/Los Angeles Chargers are 1-1, and the Tampa Bay Buccaneers are 0-2.

The International Series this season included three games in London at Wembley Stadium. The Seattle Seahawks defeated the Oakland Raiders 27-3, the Los Angeles Chargers nipped the Tennessee Titans 20-19, and the Philadelphia Eagles beat the Jacksonville Jaguars 24-18.

A fourth NFL International Series game in 2018 was scheduled to be played in Mexico City between the Kansas City Chiefs and the Los Angeles Rams. However, poor field conditions forced the game to be moved to Los Angeles Memorial Coliseum, the Rams’ home stadium.

Week 15 of the 2018 NFL season begins on Thursday, Dec. 13 with the Los Angeles Chargers traveling to take on the Kansas City Chiefs. The game is set for 8:20pm ET on FOX and the NFL Network.

Green Bay, Carolina, and Houston are the only teams that haven’t played in London yet. Matchups that will definitely occur next year that will feature these teams and are candidates for London include:

Matchups that may also happen that might feature these teams:
Green Bay at Tampa Bay

If I had to guess, these three games will take place in London next year:
Carolina at Tampa Bay
Houston at Jacksonville
Green Bay at LA Chargers

I don’t think the NFL will put a divisional game in Mexico City or London. Too much of a disadvantage to the team losing the home game.

I think playing games outside of the US, is sad. Americans not getting to see their teams at home. Goodell, the worst.

exactly. I wouldn’t mind preseason games being played internationally, or maybe the Raiders since they might not have a home next year, but under normal circumstances, all regular season games should be played on American soil.

They should have the RAMS play the Steelers in Mexico City.