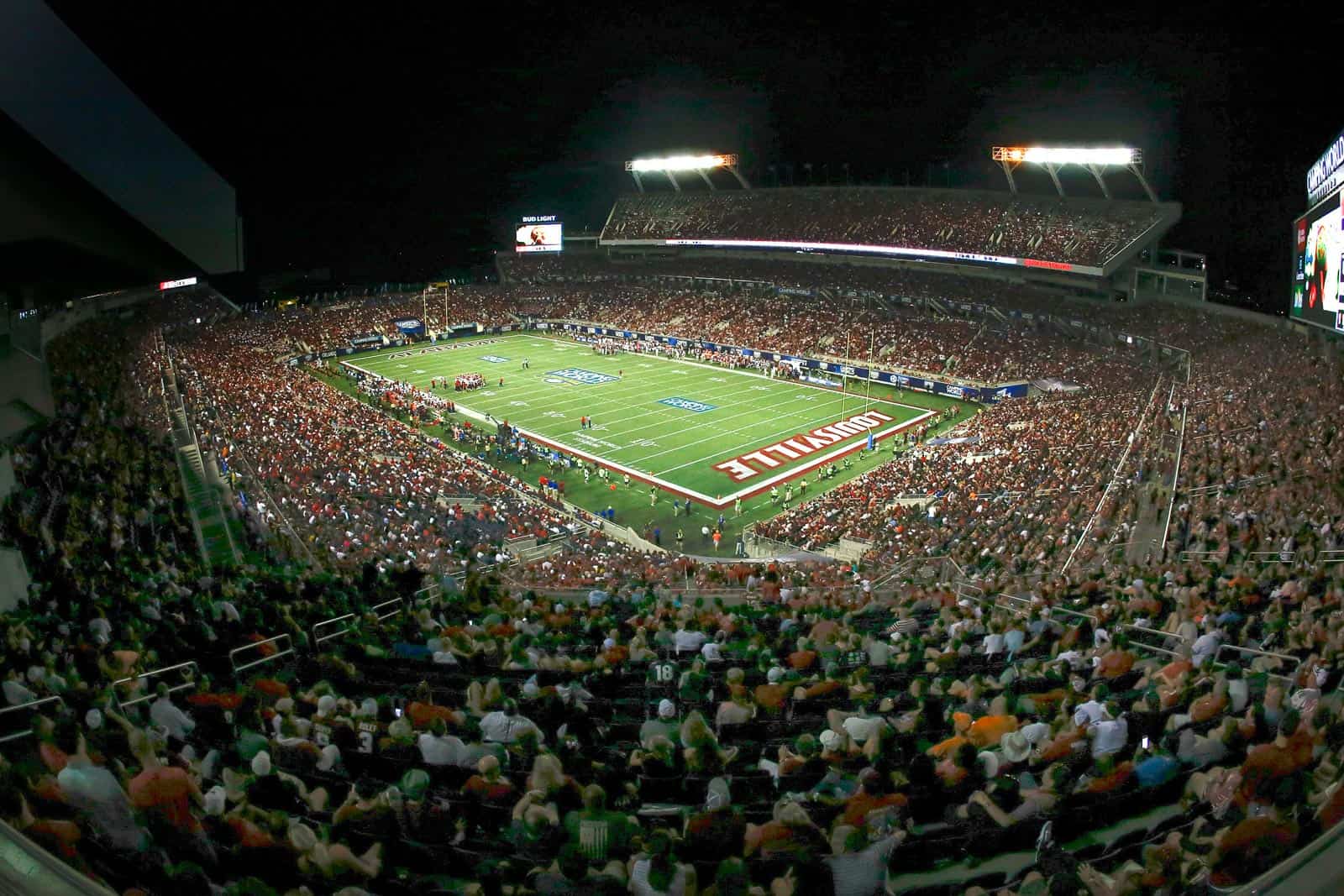 The 2019 Florida-Miami football game has been moved to Saturday, Aug. 24 (Week Zero), both schools officially announced on Thursday.

Florida and Miami will meet at Camping World Stadium in Orlando, Florida. The game, dubbed the Camping World Kickoff, will be televised nationally via ESPN at 7:00pm ET.

“ESPN approached both UM and Florida with the unique idea to broadcast this matchup as the culmination of a daylong celebration of college football’s 150th anniversary season,” Miami Director of Athletics Blake James said. “After consulting with Manny, we agreed that this would be a tremendous opportunity to showcase Hurricanes football – both our present team and our long, storied tradition – on a national stage.

The move, announced in conjunction with Florida Citrus Sports, ESPN, and CFB150, Inc., is tied to the celebration of the 150th season of college football.

News of the game possibly moving to Aug. 24 was reported last week, and the NCAA had to be petitioned for an exception. Under NCAA rules, only teams that play in Hawaii or have an opponent that plays in Hawaii can play the weekend prior to Labor Day, which has been dubbed Week Zero.

“Moving the Camping World Kickoff to Aug. 24 is a unique and rare opportunity that showcases college football, both storied programs, and the state of Florida,” Florida Athletic Director Scott Stricklin said. “By mid-August the public is hungry for college football, and America is now going to be able to watch the Gators and Hurricanes in a marquee game a week earlier than usual. I’d anticipate the exposure for the sport of college football, and both schools, to be immense.

Florida-Miami is now the third game scheduled for Week Zero on this seasons college football schedule. It joins Arizona at Hawaii and Samford vs. Youngstown State, which is the 2019 Guardian Credit Union FCS Kickoff in Montgomery, Alabama.

Florida and Miami last met in Miami Gardens in 2013, which resulted in a 21-16 Hurricane victory. The two schools have met on the gridiron 55 times and Miami leads the overall series 29-26.

With the schedule change, the Florida Gators will now have an open date before playing UT Martin on Sept. 7, plus two more open dates later.

The Miami Hurricanes will also have an open date in Week 1 before playing at North Carolina on Sept. 7, plus two additional open dates later in the season.

Extending the college football season WITHOUT adding extra games is not a terrible idea. It also is a good idea for schools that are in the hurricane zones if they had the extra week to work with in order to prevent the loss of games, as has happened twice recently for UCF….

What schools this year could take advantage of the Hawai’i/Alaska exemption?

espn snapped its whip and the NCAA kissed their ring. There was no “approaching”,it was “Do this now”. What a joke college football has become.

The change screws fans who had travel plans set. However, from the schools point of view, it’s nice exposure to be the marquee game of the day with virtually no other game opposing it.

Too bad the folks at Rutgers and Princeton could not get it together……..their is your marquee “150” matchup….

I don’t actually have a problem with starting college football in Week Zero, but if UF&Miami can do this without a Hawaii exemption, then _all_ schools should be allowed to start their season in Week Zero.

Agree…Rutgers v Princeton would have been more appropriate. But they did not have the foresight to schedule each other. Shame ESPN did not choose a more national game, instead of this very regional matchup. Boise v FSU or Northwestern v Stanford would be more appealing to a national audience.