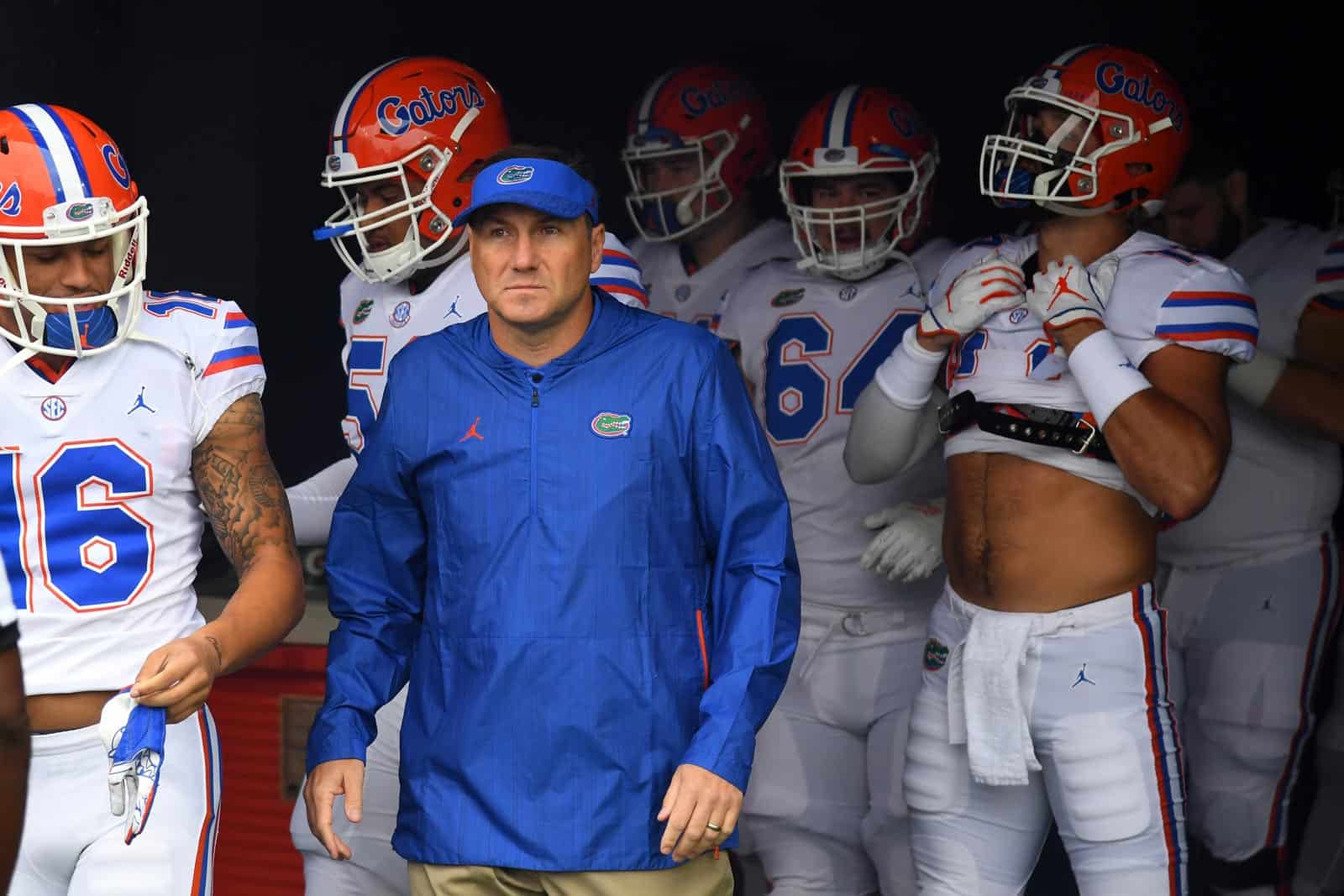 The 2019 Florida-Miami football game may move to Saturday, Aug. 24 (Week Zero), according to a report by The Orlando Sentinel.

Florida and Miami are currently set to meet in the Camping World Kickoff at Camping World Stadium in Orlando, Florida, on Saturday, Aug. 31. But the report suggests that the NCAA has been petitioned to move the game.

ESPN is likely behind the possible move, and others have suggested that the move is tied to the celebration of the 150th season of college football.

Under NCAA rules, only teams that play in Hawaii or have an opponent that plays in Hawaii can play the weekend prior to Labor Day, which has been dubbed Week Zero.

This season, there are currently two games scheduled for Week Zero — Arizona at Hawaii and Samford vs. Youngstown State, which is the 2019 Guardian Credit Union FCS Kickoff in Montgomery, Alabama.

Florida and Miami last met in Miami Gardens in 2013, which resulted in a 21-16 Hurricane victory. The two schools have met on the gridiron 55 times and Miami leads the overall series 29-26.

Adding additional confusion to the Florida-Miami date change is a pop-up currently running on campingworldkickoff.com that indicates the date of the game is Sept. 1, 2019, which is a Sunday.

Camping World Kickoff site is currently running this pop up.

If the Florida-Miami game is moved to Aug. 24, here is what each teams schedule would look like:

FLORIDA
– The Gators would have an open date before playing UT Martin on Sept. 7, plus two more open dates later.

MIAMI
– The Hurricanes would have an open date Week 1 before playing at UNC on Sept. 7, plus two more open dates later.