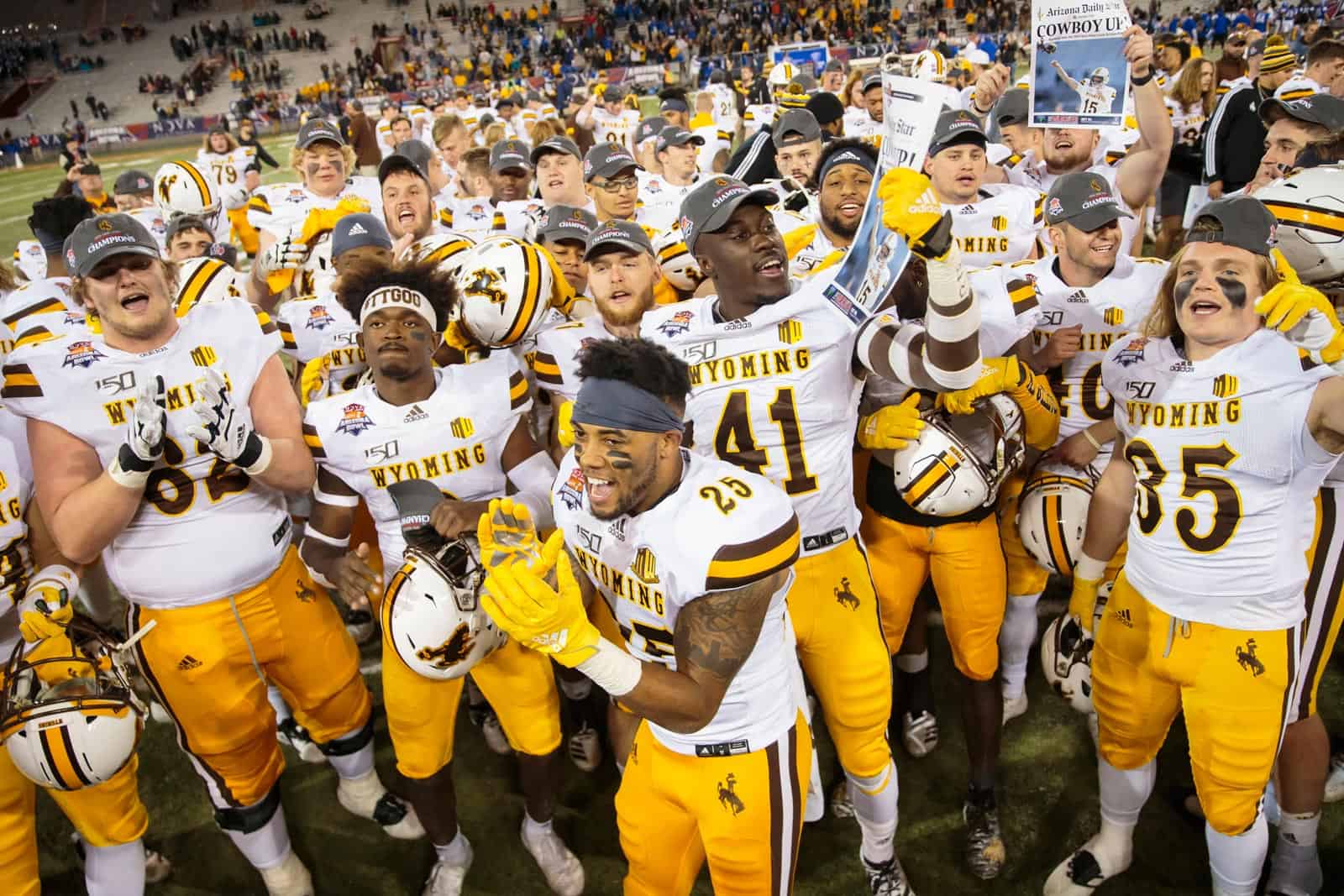 The Wyoming Cowboys will host the Idaho Vandals in 2024 and the Cal Poly Mustangs in 2025, the school announced on Wednesday.

Idaho and Cal Poly are both members of the Big Sky Conference in the Football Championship Subdivision (FCS).

Wyoming will host Idaho at War Memorial Stadium in Laramie, Wyo., on Sept. 7, 2024. The game will mark the eighth overall meeting between the two schools.

Wyoming and Idaho first met on the gridiron in 1921. In their most recent meeting in 2013, the Cowboys defeated the Vandals 42-10 to extend their overall lead in the series to 6-1.

The addition of Idaho tentatively completes Wyoming’s non-conference schedule for the 2024 season. The Cowboys are scheduled to open the season at Arizona State on Aug. 31 and later host New Mexico State on Sept. 21 and BYU on Sept. 28.

Idaho now has three scheduled opponents for the 2024 season and can add a fourth if they desire. The Vandals are scheduled to open at Oregon on Aug. 31 and host Dixie State on a date to be determined.

We reported in April that Wyoming had signed a contract to host Cal Poly on Sept. 7, 2024. That game has evidently been pushed back one season and will now be played in Laramie on Aug. 30, 2025, per today’s announcement.

The only other game currently scheduled for Wyoming in 2025 is at the Utah Utes on Sept. 6.

In their first and only meeting on the gridiron in 2012, Cal Poly traveled to Laramie and defeated Wyoming 24-22.

Wyoming is the first scheduled opponent for Cal Poly for the 2025 season.