Will Alabama’s defense cost it the national championship? 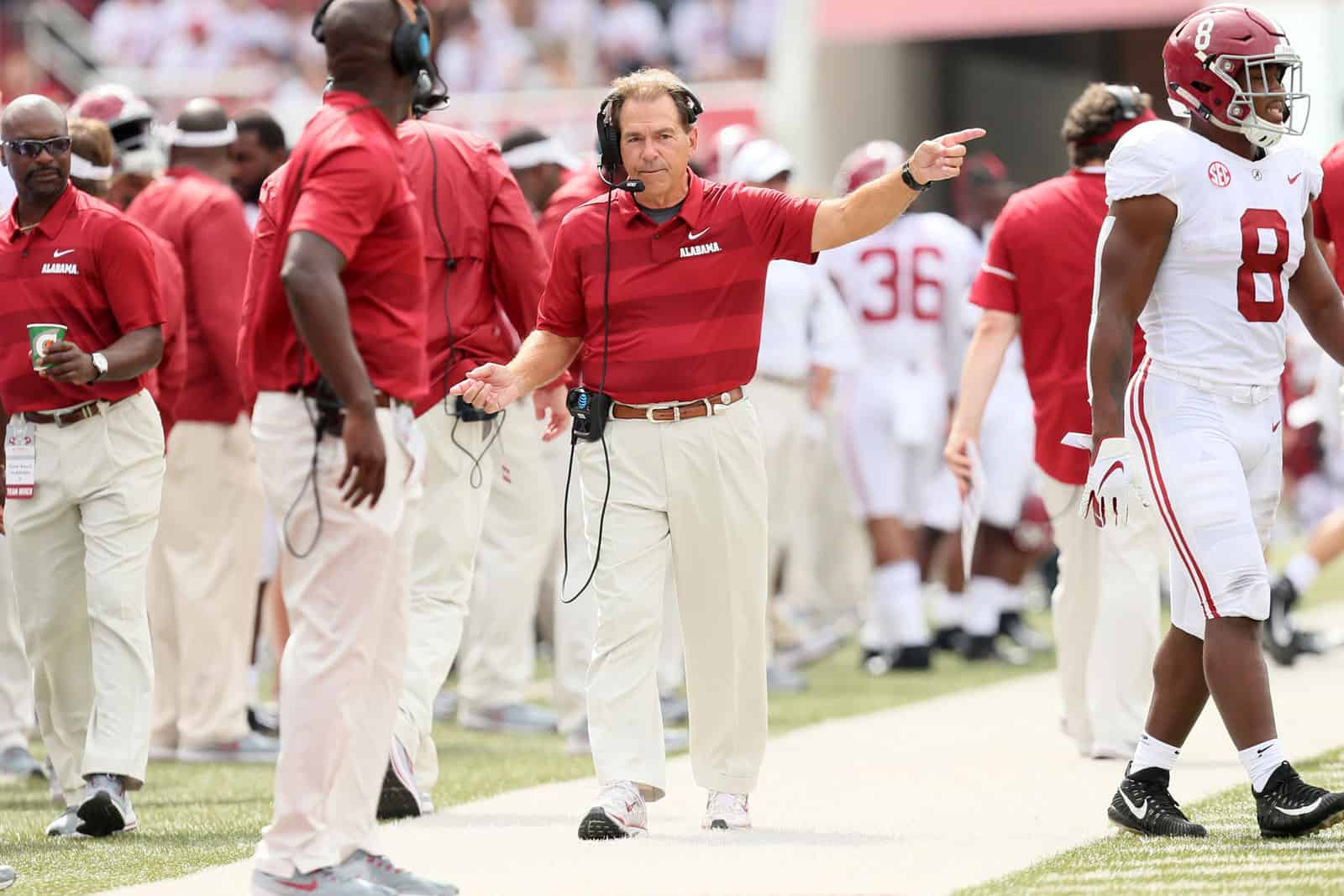 Alabama is 8-0 and No. 1 in the initial College Football Playoff rankings. Yawn.

We’ve heard it all before, the Tide are an unstoppable force, they won’t lose even if we want them to. All that’s left to do is hope that Clemson can beat them in the Playoff.

What about the defense? What about what Nick Saban had to say after giving up 31 points to Arkansas in the 65-31 win on Oct. 6?

There were a lot of mistakes on defense. They didn’t play well together as a unit. Couldn’t get off the field on third down, allowed them to extend drives…I don’t think you really beat the other team when you give up 31 points like we did today.

But that was almost a month ago. And it’s just another case of Saban trying to keep the media from piling so many accolades on his young team that they begin to believe the hype. It’s a well-played strategy as opposed to sincere humility.

Though they only tell a part of the much bigger story, statistics are one of the few ways we can cut through the ballyhoo – on both sides – and get to, as Don Henley said, the heart of the matter.

The numbers are crystal clear where Alabama is concerned: it has an all-world offense, but its defense isn’t a championship-caliber unit, or at least it isn’t by its own high standards.

It’s the highest Alabama’s been ranked in scoring offense in the Saban era and it’s one of only two times in the last decade that it’s carried a higher passing rank than rushing rank offensively. The two exceptions – in 2010 and 2014 – came in non-national title years.

So, the offense is killing it and the fact that it’s pass-heavy can be justified as simply a case of using the talent it has in the most effective way possible.

The defense is a different story. Take a look at Alabama’s national rankings in scoring, rushing and pass defense over the last decade. The years with an asterisk indicate national-title winning seasons.

Now compare that to where the Tide are currently ranked, eight games into the season.

With the exception of the 2014 pass defense, the Tide are currently ranked the lowest they’ve been, in each major defensive category, in the last ten years.

If you limit the conversation to the five seasons that Alabama won a national championship under Saban, the 2018 defense falls even shorter of the mark. The title teams finished in the Top 2 in every major defensive category apart from the pass defenses in 2009, 2012, 2015, and 2017. That said, all but one of these specific units  finished in the Top Ten nationally.

It should be noted that the rankings provided from 2009-17 are where Alabama finished each season as opposed to the 2018 numbers, which are only through Week 9 of play. Even allowing for that caveat, the statistics point to a serious drop in production.

There is every chance that the numbers will slowly improve as the remainder of the regular season plays out. Either way, it may come to nothing if the prolific offense can cover for its defensive counterpart. Yes, it all may be a moot point if the Tide can repeat as national champions.

Or, instead, will it cost them?