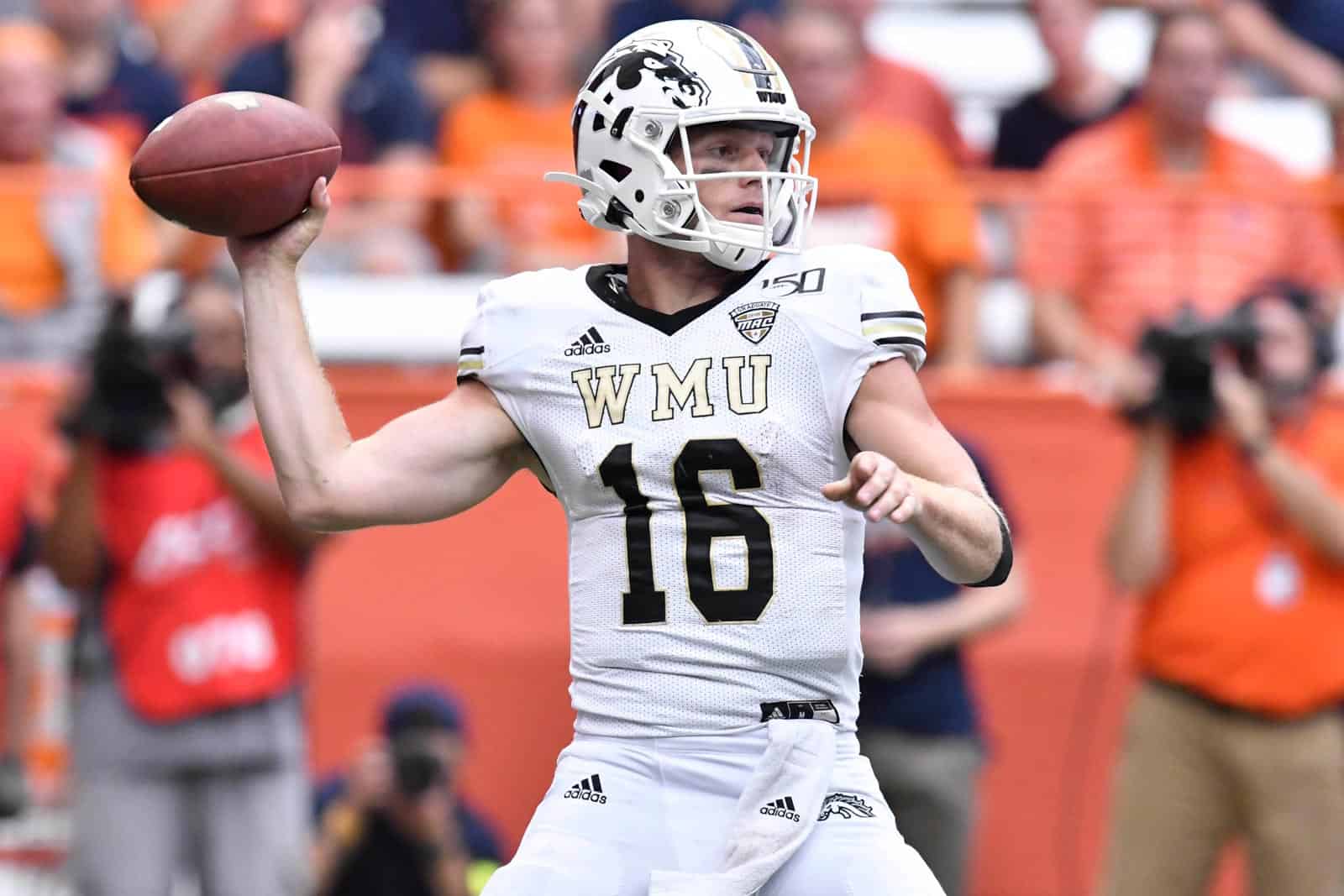 The Western Michigan Broncos have added the Ohio State Buckeyes to their 2024 football schedule, The Detroit News reported Thursday.

The game in Columbus replaces a previously-scheduled home contest with Cincinnati. Ohio State will pay WMU $1.8 million for the game, which helps to offset the $500,000 buyout the school owes the Bearcats for the cancellation.

No date has yet been announced for the 2024 contest. Both WMU and Ohio State have an open date on Sept. 7, the report noted.

The game marks the third non-conference tilt for each in the 2024 season. WMU visits Wisconsin (Aug. 31) and Marshall (Sept. 14), while Ohio State hosts Southern Miss (Aug. 31) and travels to Washington (Sept. 14). No further non-league games are planned for Ohio State at the moment, given the nine-game Big Ten schedule.

WMU and Ohio State have played once before, with the Buckeyes taking a 38-12 result in a 2015 game at the Horseshoe.

Western Michigan and Ohio State will play on Sept. 21, 2024, according to a copy of the contract obtained from Ohio State University via a state open records request.

As far as 2021 is concerned, Cincinnati might be a tougher opponent than OSU.

Current Ohio State can score 100+ points on Cincinnati or Western Michigan… or pretty much any other team…
Cincinnati is trying to gain Strength of Schedule to impress the PlayOffs Committee with more Power 5 teams and fewer Group of 5/FCS teams as it enters the BIG-12… this season Cinci only had 2 Power 5 teams, it now needs at least 8 or 9…

I dunno…..I think WMU should have kept the Bearcats because they already have Wisconsin,playing both the Badgers and Buckeyes on the road in the same season…..they may have overscheduled themselves unless WMU is recruiting a Top 50 class this cycle.

Don’t you think, that from Western Michigan’s viewpoint, it was all about the money, and not about the opponent? I have to assume that $1.3M is a lot more than they would make from a home game, even after any travel costs.

I mean, Alabama just played New Mexico State. I agree, but it’s the way it goes these days.