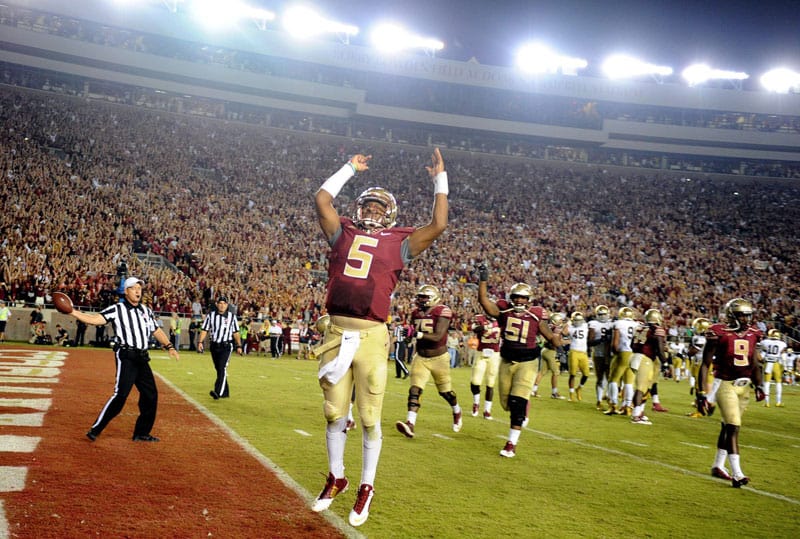 In a game that would have been a “signature” win for either school, the ‘Noles put all the negative spotlight behind them and squeaked out a victory over the visiting Fighting Irish. As a game that went back-and-forth and had some very impressive plays, this contest is this week’s sole “Best of the Best” game.

Seriously. Who saw this final score coming? Sure, two years ago the two battled it out and kept it neck-and-neck until the final minutes, but that was with two completely different rosters. It just goes to show that Dana Holgersen still has a few tricks up his sleeve.

I’m not entirely positive how I feel about these three games. Kansas State is one of those teams who could be somewhat of a sleeper, but then again, Oklahoma only lost by one point. The Aggies looked terrible, for a lack of a better adjective, in the loss to the Tide. Meanwhile, the Horned Frogs looked very impressive in the win over the Cowboys.

Joklahoma, when will the love-fest with Stoops end? Big game Bob needs to wipe that smirk off of his face. I felt like the Alabama win would get them back to elite status, but then they cough up one they are not supposed to. Geez. Shut up already. Roll Tide 59-0.