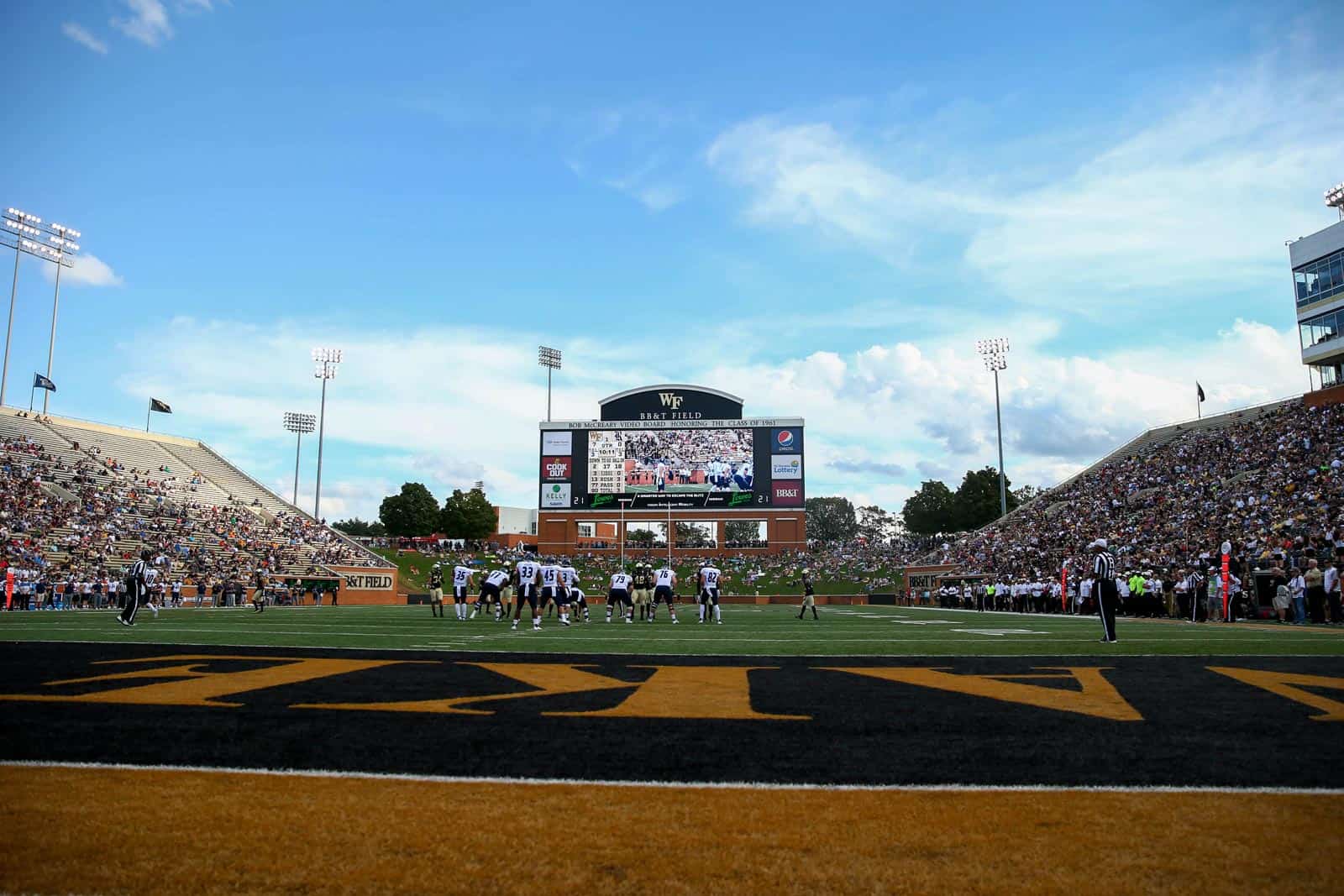 The Wake Forest Demon Deacons and the Liberty Flames have canceled their future home-and-home football series, according to a release by Wake Forest athletics.

Wake Forest and Liberty were slated to face off in the opener of the series at Williams Stadium in Lynchburg, Va., on Aug. 30, 2025. The series was then set to shift to Wake Forest’s Truist Field in Winston-Salem, N.C., on Sept. 5, 2026.

On Friday, Wake Forest athletics director John Currie announced that the remaining contests in the Wake-Liberty series have been canceled.

Wake Forest and Liberty recently mutually agreed to cancel the 2025 and 2026 games previously set for Lynchburg and Winston-Salem, respectively. The 2025 date is a possibility to make up the Appalachian State home game postponed during the COVID-2020 season. In 2026 we travel to both Purdue and Army, so our focus for our remaining dates that year will be on home games. Scheduling is a complex jigsaw puzzle and I’m always glad to hear your thoughts on who you’d like to see the Deacs play!

Liberty is currently a Football Bowl Subdivision (FBS) Independent. As an Independent, the Flames had to schedule and play 12 games each season outside of a conference.

Probably because Liberty is better than most people think

FB Guy, so is Wake Forest!

I doubt they would agree to play for four consecutive seasons, but a Wake Forest-ECU matchup for 25-26 would be the perfect fit for both school’s schedule. They already have 27-28 on the books.

WFU dropped Liberty due to their crazy politics.