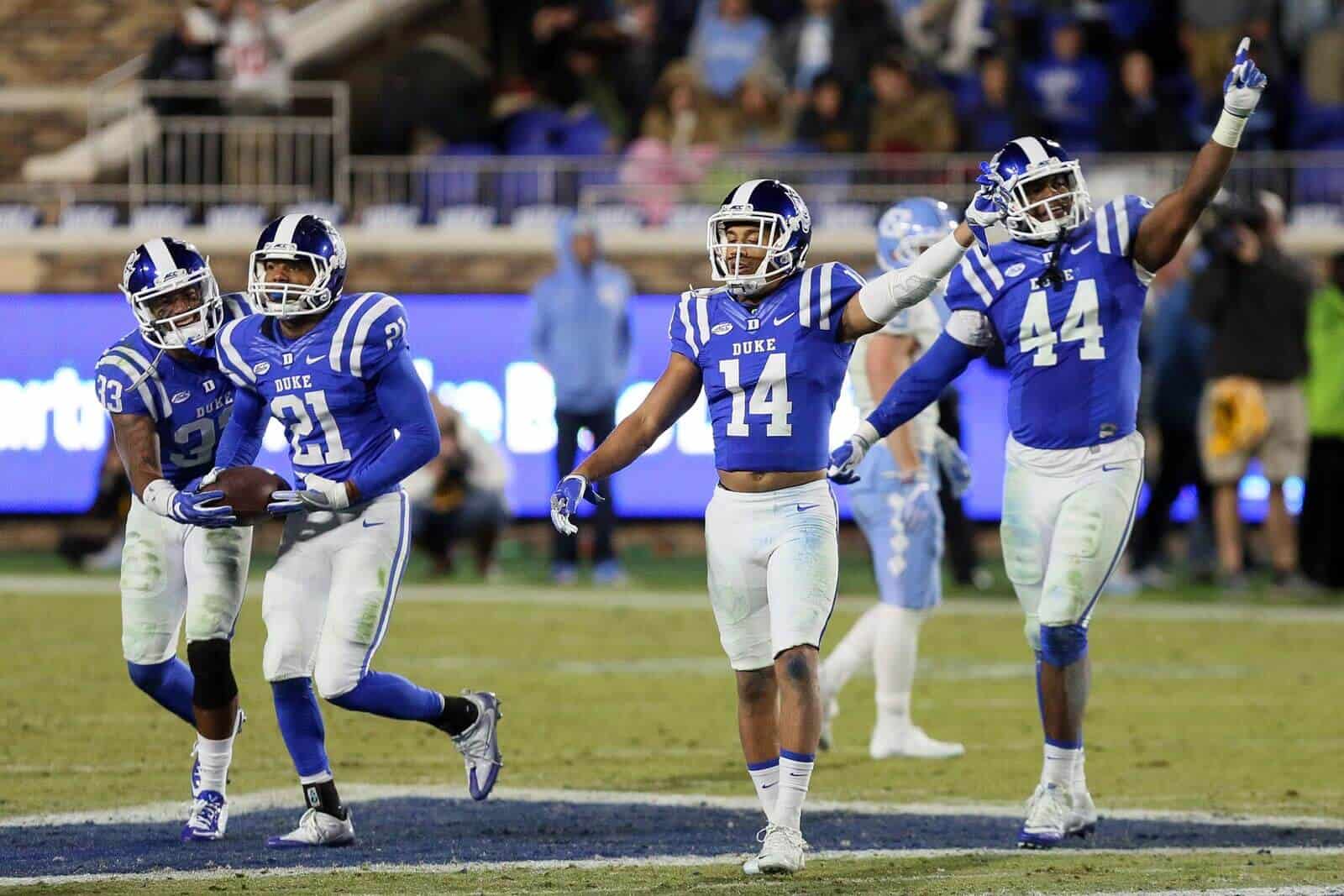 The Duke Blue Devils and the Liberty Flames have scheduled a three-game football series for 2025, 2026, and 2027, the two schools announced on Monday.

The series will kick off at Wallace Wade Stadium in Durham, North Carolina on Nov. 22, 2025. Liberty will then host Duke at Williams Stadium in Lynchburg, Virginia on Sept. 26, 2026.

Duke will again host Liberty in the third and final contest of the series on Sept. 4, 2027.

“We continue to make rapid progress in building our future football schedules,” said Liberty Director of Athletics Ian McCaw. “The series with Duke affords us regional games against a university of the highest academic quality and football program that is establishing itself among the best in the ACC.”

Duke is the fifth ACC opponent that Liberty has added to their future football schedules, and all five will visit Lynchburg. The other teams include Syracuse, Virginia, Virginia Tech, and Wake Forest.