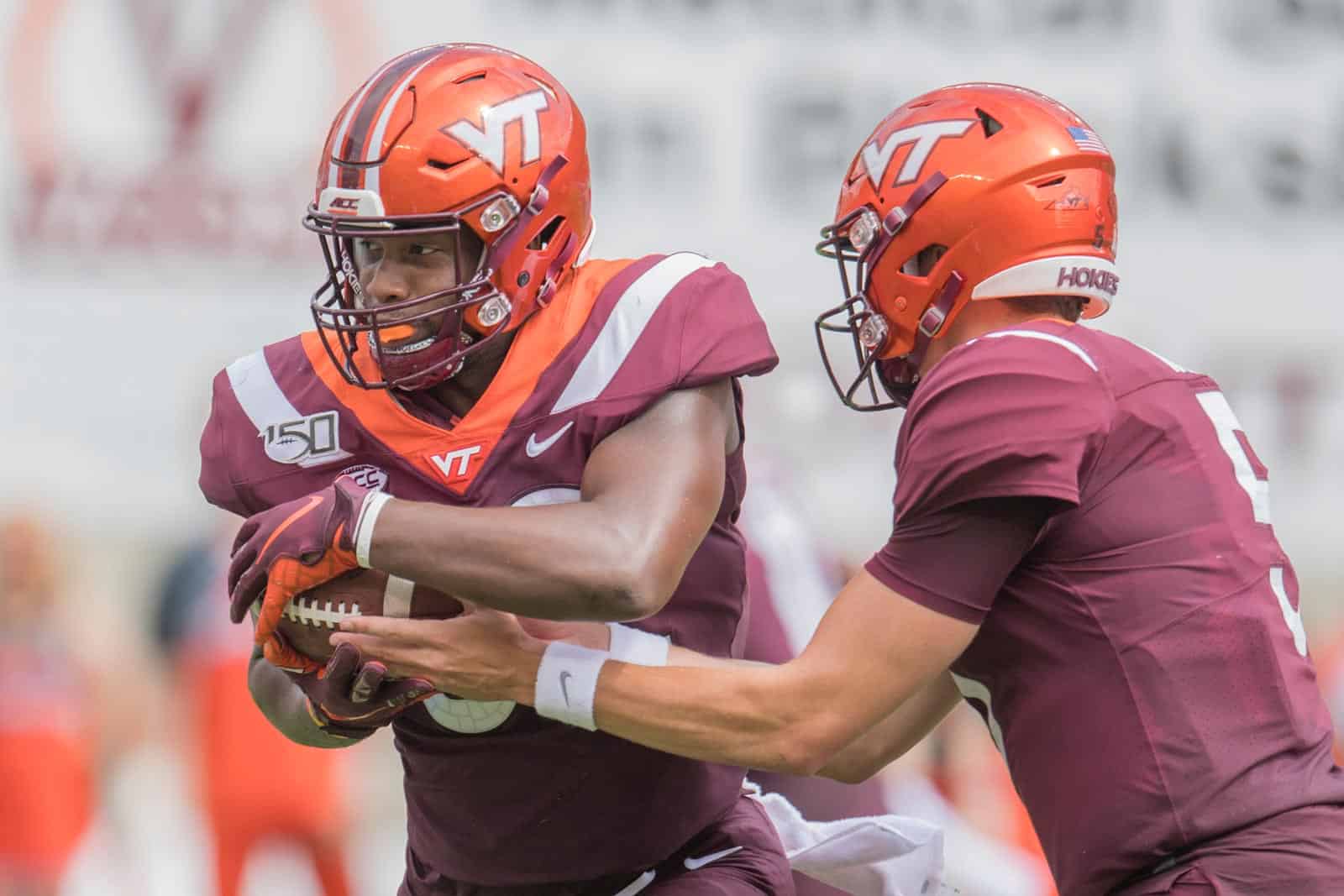 The Virginia Tech Hokies have added three home-and-home series against SEC opponents and three home games against teams from the Football Championship Subdivision (FCS), the school announced on Thursday.

“Football non-conference scheduling is definitely a unique proposition, and admittedly, some of the out years are ‘way, way out there.'” Virginia Tech Director of Athletics Whit Babcock said. “Another generation of Hokies’ will enjoy the games with SEC opponents just like we are now enjoying many of the Big Ten matchups that Jim Weaver and Coach Beamer scheduled. We’d prefer to have a schedule with marquee home opponents and other games against regional foes locked in for years down the road, giving us the ability to refine and adjust as necessary as opposed to pursuing or chasing games later. Our non-conference schedules are now essentially set through 2030 and we’re pleased with the mix of games. We’re pleased other conferences have been willing to schedule more home-and-home series.”

FBSchedules.com has an outstanding Freedom of Information Act request to Virginia Tech for football game contracts, so we’ll be able to provide financial details when that request is fulfilled.

Below are the details on all of the future games announced today:

Virginia Tech will host the Alabama Crimson Tide at Lane Stadium in Blacksburg, Va., on Sept. 2, 2034. The series will conclude the following season at Bryant-Denny Stadium in Tuscaloosa, Ala., on Sept. 1, 2035.

The Ole Miss Rebels will visit Lane Stadium on Sept. 4, 2032. Five seasons later, the series will conclude at Vaught-Hemingway Stadium in Oxford, Miss., on Sept. 5, 2037.

Virginia Tech will host the North Alabama Lions in Blacksburg on Sept. 26, 2020. The game will mark the first-ever meeting between the two schools on the gridiron.

The Wofford Terriers will travel to take on the Hokies at Lane Stadium on Oct. 1, 2022. Virginia Tech and Wofford have never met in football.

Virginia Tech will host the James Madison Dukes in Blacksburg on Sept. 20, 2025.

Virginia Tech and James Madison first met on the gridiron in 1980 and have played seven times. The Dukes upset the Hokies in their last meeting in 2010, 21-16, which is their only win against six losses.

Virginia Tech and Marshall previously announced a home-and-home series for the 2023 and 2024 seasons, but exact dates weren’t set.

Today, Virginia Tech announced that they will play Marshall at Joan C. Edwards Stadium in Huntington, W. Va., on Sept. 23, 2023. The Hokies will host the Thundering Herd the following season on Sept. 7, 2024.

Virginia Tech also confirmed our previous report that their series with Wisconsin will now be played in 2031 and 2032.

That third SEC series seems most likely to be South Carolina. It looks like them and Tennessee are the only schools that have openings those dates and Tennessee has games against Oklahoma and Nebraska those years. South Carolina has a game @App State in 2025, but that could be more easily pushed back to a later date.

Scanning the SEC schedules for 2024-25, I am thinking that South Carolina is the “unnamed” SEC school. I would assume that it would not be Bama or Ole Miss since they probably would have included the additional games in the press release. SEC schools aren’t going to play two OOC games on the road which takes out Arkansas, Auburn, Florida, Georgia (though UGA is on the road twice in 2025), LSU, Mississippi State, Missouri, and Texas A&M. Vanderbilt is a possibility, but they would have to drop a game from their 2024 schedule. Ditto Kentucky, except UK never schedules any P5 opponents other than Louisville. Tennessee is a possibility, but they are already playing at Oklahoma in 2024, so not sure they would want to double up. South Carolina has often played an early season P5 in addition to their season-ender with Clemson, and has some dates to fill in the coming years. They are scheduled to play at App State in 2025, but I suspect that could be moved if necessary.

The game in 1985 happened in Gainesville

The game in 1934 happened in Virginia.

I would love to see a Florida at Virginia Tech game and vice versa. We need more games that really have almost no history.