Utah to host Southern Utah in 2022 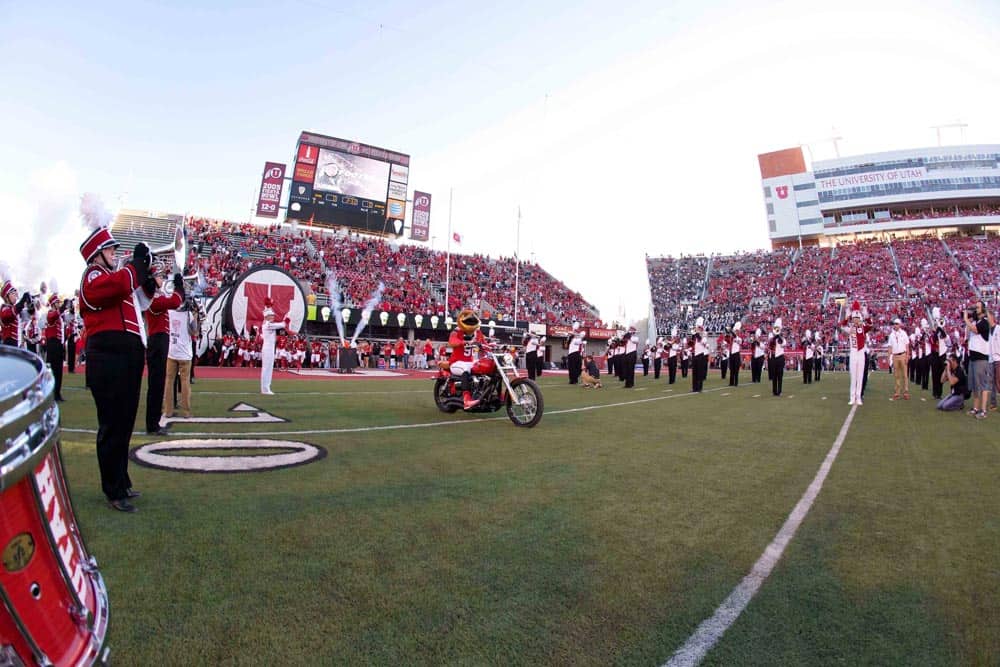 The Utah Utes will host the Southern Utah Thunderbirds in 2022, both schools have announced.

The matchup is set for Sept. 10, 2022 at Utah’s Rice-Eccles Stadium in Salt Lake City and it will be only the second-ever meeting between the two schools. Utah and Southern Utah meet for the first time this season on Thursday, Sept. 1.

Southern Utah, located in Cedar City, is a member of the Big Sky Conference in the FCS. The Thunderbirds are coming off of an 8-4 season in which the were narrowly defeated by Sam Houston State in the first round of the FCS Playoffs, 42-39.

“It’s exciting for us and the players. It will be awesome for our guys to play in that stadium again,” SUU head coach Demario Warren said in a release. “We have our guys playing there in 2016 and then our next group of recruits will do the same in 2022. It’ll be fun to hopefully be able to play up there every 4-6 years so every Utah kid that comes through this program will be able to play in that stadium and in that environment.”

Utah now has two non-conference games set for the 2022 season. The Utes are also scheduled to host San Diego State on Sept. 17.

The addition of Southern Utah will give the Utes a string of eight straight seasons playing a non-conference game against an in-state opponent. In addition to SUU, Utah has future games set against BYU and Weber State.

Did you say “youte”?

as a cougar fan i chuckle that you categorized this in mtn west :)

Hey Maverick & Jinzo check out this quality Pac 12 scheduling. I’m sure you can find an excuse since it is not an SEC school

If and SEC team scheduled like that, I would say “Good job.” Teams that have similar schedules this year, 2016, in the SEC include any team with 10 Power 5 games and at least 5 true road games. In the SEC, Georgia is the closest to this tough of a schedule as they play 10 power 5 games (8 conference games plus GT and UNC), but they also only play 4 true road games and 1 neutral site game. Still, I would give the edge to Utah.