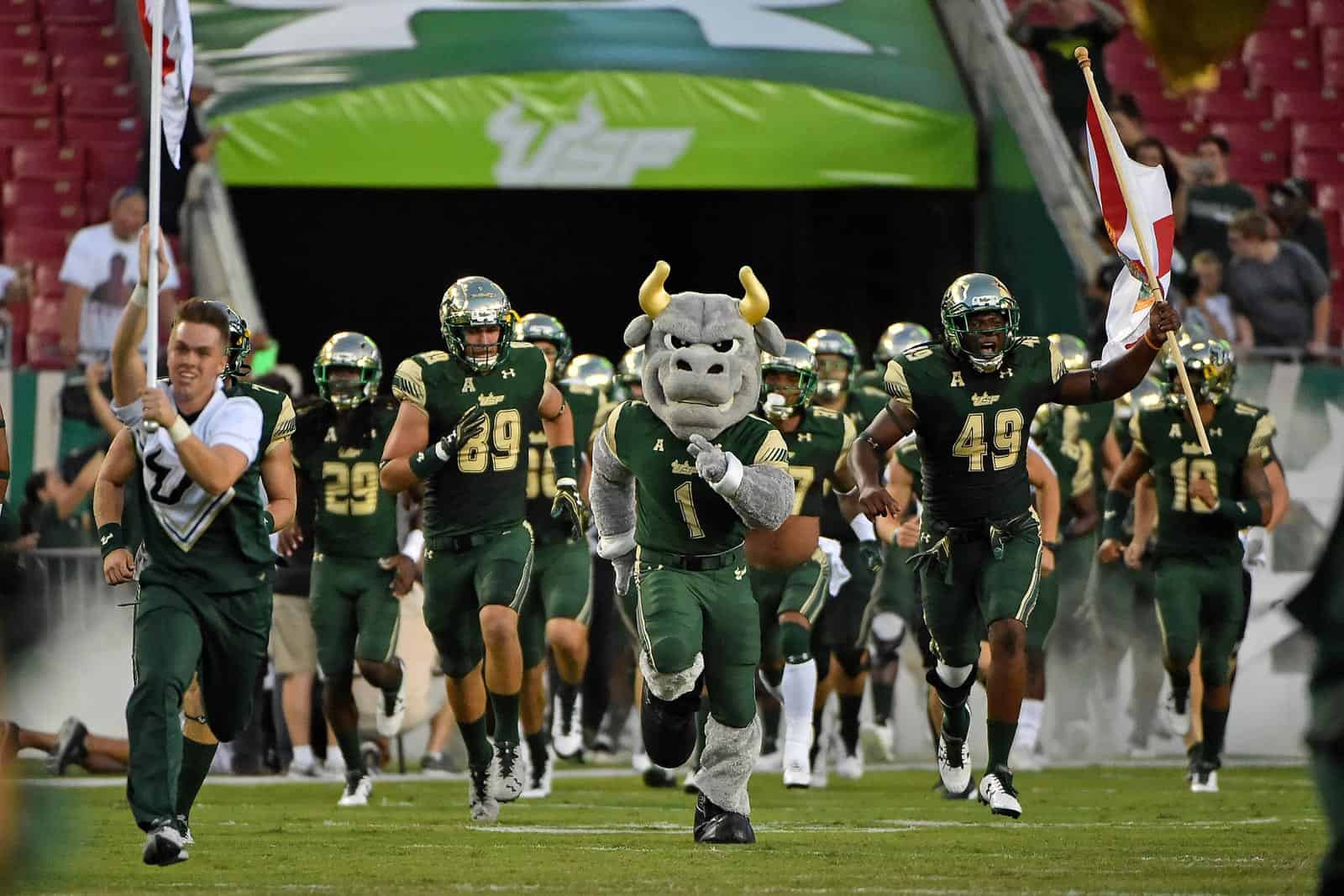 The USF Bulls have added the South Carolina State Bulldogs to their 2019 football schedule and have also adjusted their future football series with Florida, USF Vice President of Athletics Michael Kelly announced on Thursday.

USF will host South Carolina State at Raymond James Stadium in Tampa, Florida on Sept. 14, 2019. The game will be the first-ever meeting between the two schools on the football field.

South Carolina State competes in the Mid-Eastern Athletic Conference (MEAC) in the Football Championship Subdivision (FCS). The Bulldogs wrapped up the 2018 season with 5-6 overall and 4-3 in MEAC play.

The addition of South Carolina State completes USF’s non-conference football schedule for the 2019 season. The Bulls’ schedule that season also includes games in Tampa on Aug. 31 vs. Wisconsin and on Oct. 12 vs. BYU and a Sept. 7 road trip to Atlanta to take on Georgia Tech.

“The University of Florida has been great working with us on this series and we appreciate being able to make adjustments that work best for both programs,” Kelly said. “We are excited to get the Gators in Tampa two years earlier than originally scheduled and to add to our 2021 non-conference schedule that also includes games at N.C. State and BYU.”

Way to go USF! Schedule 3 Power 5 teams in 2019, 2021, 2022 and 2024! BYU still counts right?
If USF goes undefeated with that schedule watch the silly arguments that will be used to keep them out of the playoff. USF I am rooting for you, UCF pay attention.

They are not going undefeated especially with Charlie Strong still as head coach.