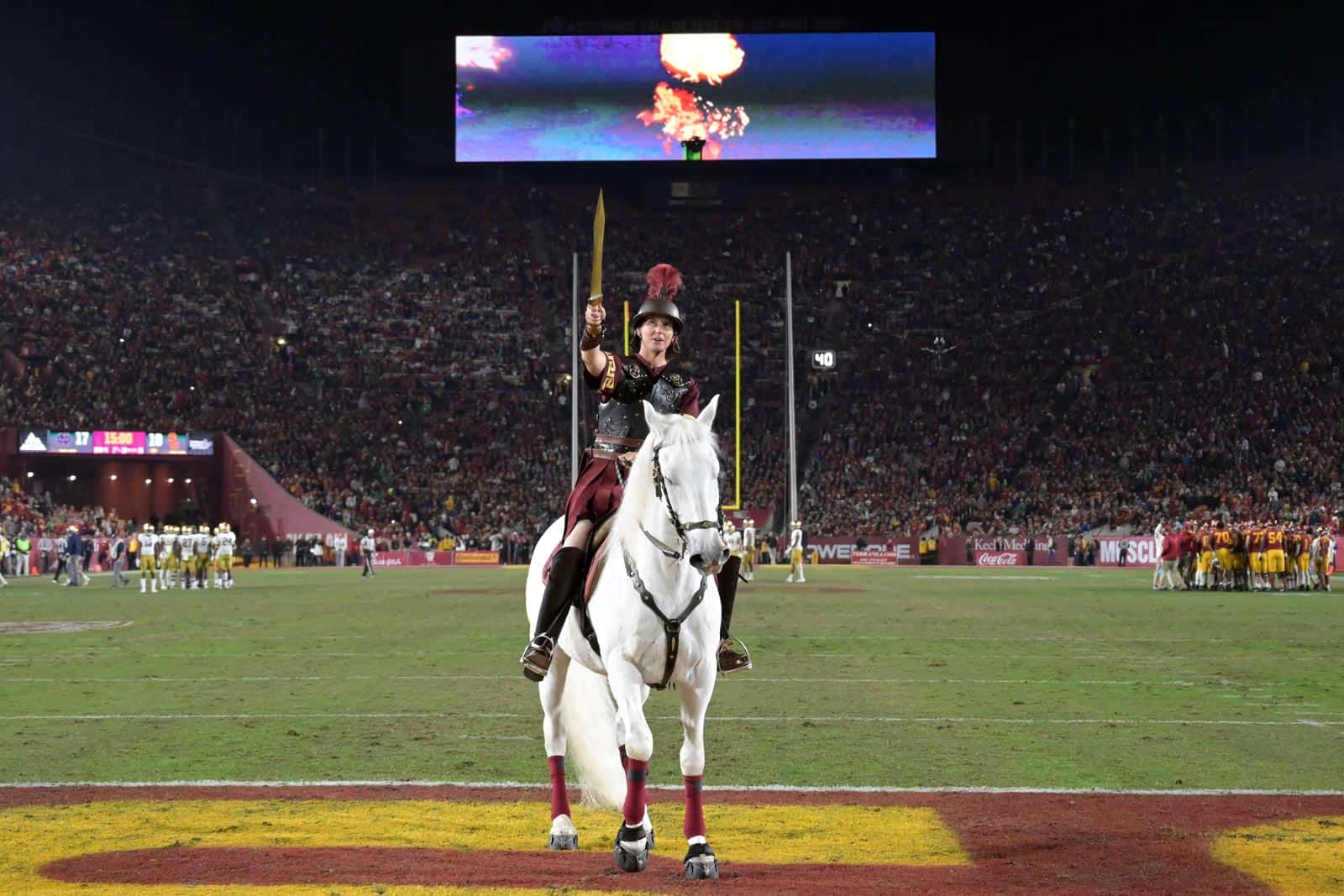 The USC Trojans have added games against UC Davis, Nevada, and San Jose State to their future football schedules, the school announced on Friday.

USC will host the UC Davis Aggies at Los Angeles Memorial Coliseum in Los Angeles, California, on Sept. 4, 2021. The game will mark the first-ever contest for USC against a team from the Football Championship Subdivision (FCS).

UC Davis competes in the Big Sky Conference. The Aggies, led by former Colorado head coach Dan Hawkins, won the Big Sky championship in 2018 and advanced to the quarterfinals of the FCS Playoffs. Overall, UC Davis has won or shared 31 conference championships since 1929.

“That USC agreed to play UC Davis as its first-ever FCS opponent signifies the respect they have for our team and university. It is deserved recognition of the upward trajectory of our football program under the guidance of Coach Hawkins,” said UC Davis director of athletics Kevin Blue.

The addition of UC Davis completes USC’s non-conference schedule for the 2021 season. The Trojans are also scheduled to play at Notre Dame on Oct. 23 and host BYU on Nov. 27.

The Nevada Wolf Pack will travel to Los Angeles to take on the USC Trojans on Sept. 2, 2023. The two schools first met in 1920 and have played five times overall, and the Trojans lead the overall series 5-0.

USC’s 2023 non-conference slate is also complete now with the addition of Nevada. Other games that season include Notre Dame in South Bend on Oct. 14 and BYU at home on Nov. 25.

USC will host the San Jose State Spartans in Los Angeles on Sept. 7, 2024. The Trojans are also undefeated against the Spartans, winning all four meetings between 1995 and 2009.

The Spartans are the second scheduled non-conference opponent for USC in 2024. The Trojans are scheduled to host Notre Dame on Nov. 30 and need one additional opponent to complete their schedule.

USC also noted in their release today that they are in discussions for a neutral site non-conference game against a Power 5 opponent in 2024 and 2028.

At least with USC finally playing an FCS school, they did unlike schools like Alabama, and brought in one of their own state’s schools to play…

Cop out excuse! For all the Trojan fans that have been praising USC for NEVER playing an FCS team, that has all ended here!
I have never had anything against any P5 teams playing an FCS school, most of them do it or have done it, there is nothing wrong with it.
As for bringing up Alabama, please be advised that Bama is not the only team that plays an FCS school out of their state, many P5 teams do it.

Ummm, Alabama was brought up because they refuse to play any in state FCS, or even in state FBS (and wouldn’t play Auburn until given no choice!). If USC is going to play FCS the compliment is they’re keeping the money in state.

What good does Alabama get from playing an in-state FCS or FBS team? They own the state. What do they gain?

It’s good for the smaller team, I admit that, but it’s a silly thing to complain about… There is no rule saying teams have to play in-state teams. And Alabama plays a lot of schools in neighboring states, Mercer, Chattanooga, Georgia State, etc. While the benefit to Alabama is marginal at best, but it does give Alabama a little more exposure outside the state.

Good for recruiting purposes as well!