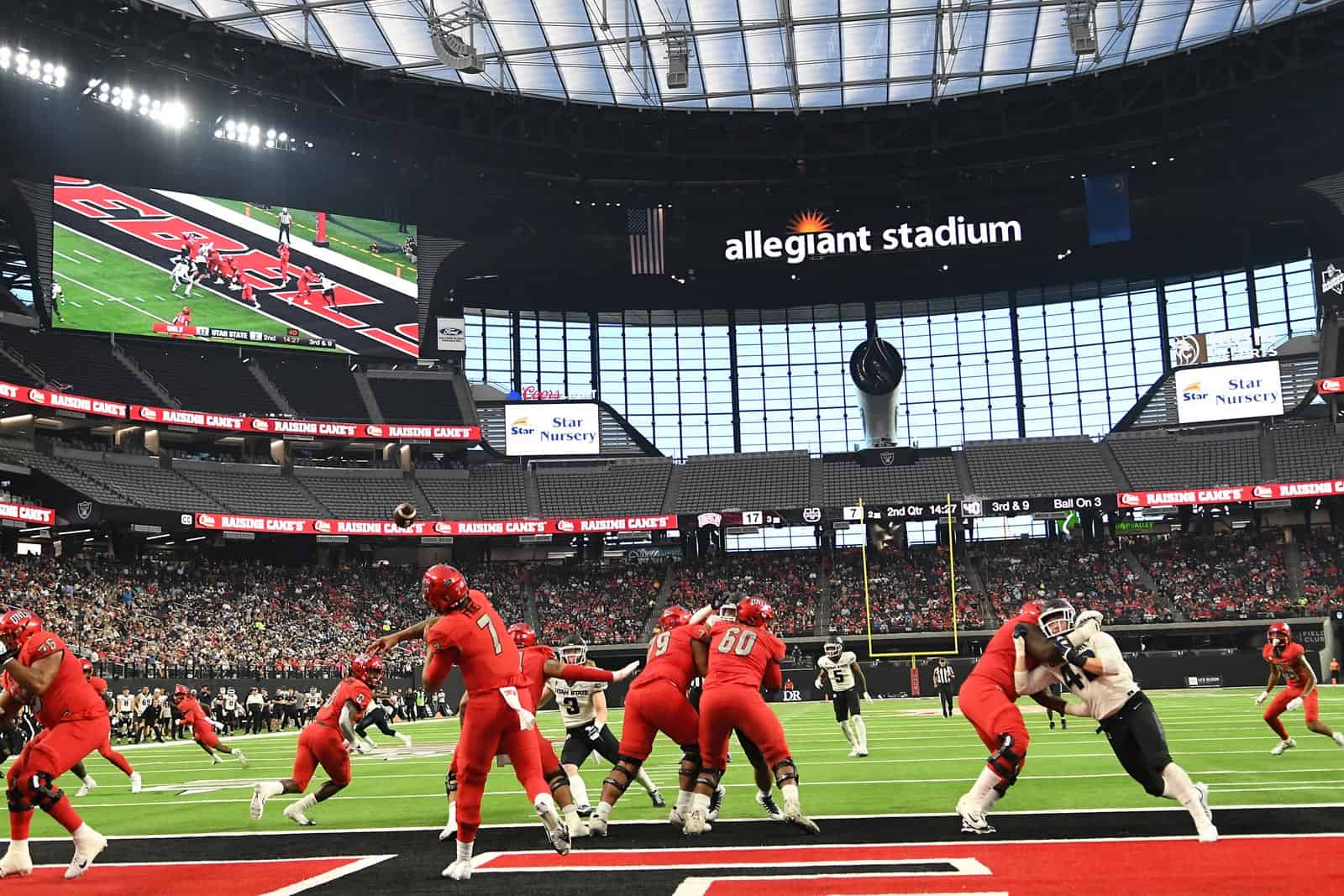 The UNLV Rebels have added the Kansas Jayhawks and two Football Championship Subdivision (FCS) opponents to their future football schedules, the school announced on Tuesday.

UNLV will travel to take on the Kansas Jayhawks at David Booth Kansas Memorial Stadium in Lawrence, Kan., on Saturday, Sept. 14, 2024. In their only previous meetings on the gridiron, the two schools spilt a home-and-home series, with the Rebels winning 31-20 in Las Vegas in 2002 and the Jayhawks returning the favor, 46-24, the following season in Lawrence.

UNLV will open the 2023 season against the Bryant Bulldogs on Thursday, Aug. 31 at home at Allegiant Stadium in Las Vegas, Nevada. The game will mark the first-ever meeting between the two schools on the gridiron.

Bryant, which begins play in the Big South Conference this fall, finished the 2021 season 7-4 overall and 5-2 in Northeast Conference action. UNLV will be only the third Football Bowl Subdivision (FBS) team that Bryant has played.

The Utah Tech Trailblazers (formerly known as Dixie State) will travel to take on the UNLV Rebels at Allegiant Stadium in Las Vegas on Saturday, Sept. 7, 2024. This will also be a first-time matchup.

UNLV and Houston also announced today a future home-and-home series that we reported back in December. The series will kickoff with Houston hosting UNLV at TDECU Stadium in Houston, Texas, on Saturday, Aug. 31, 2024. Four seasons later, the Cougars will return the trip to play the Rebels at Allegiant Stadium in Las Vegas on Saturday, Sept. 9, 2028.

Additionally, UNLV confirmed that their contest in 2024 at the UCLA Bruins has been pushed back to Sept. 6, 2031. UCLA previously announced this change in August of last year. The Bruins are still scheduled to play in Las Vegas on Sept. 6, 2025.