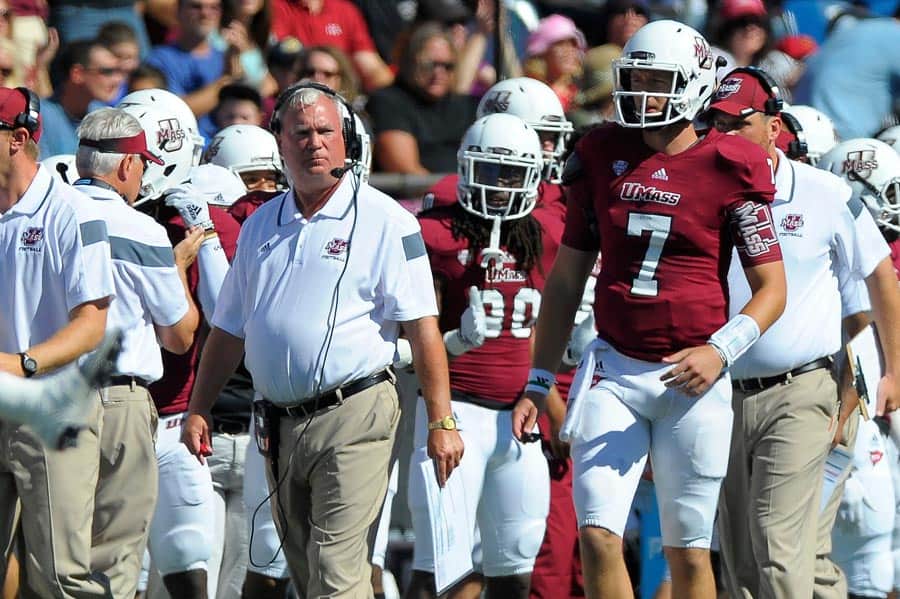 The UMass Minutemen have announced a few changes to their 2016 football schedule via their Twitter account this afternoon.

That move opened the door for the Minutemen to add another road guarantee game and a home game. UMass will travel to face the South Carolina Gamecocks on Oct. 22, 2016. The game will be the first-ever meeting between the two schools.

The following week on Oct. 29, UMass will host the Wagner Seahawks at Warren McGuirk Alumni Stadium in Amherst. UMass and Wagner’s only previous meeting came back in 1931. The Minutemen won that game 77-0.

The addition of the home game against UMass completes South Carolina’s non-conference schedule in 2016. The Gamecocks are also slated to host East Carolina on Sept. 17, host Western Carolina on Nov. 19, and travel to Clemson on Nov. 26.

Earlier today, we reported that South Carolina and East Carolina will meet four times between 2016 and 2021.

Old Dominion is playing at App St in 2016. FBschedules doesn’t show the game on the App St page, but it is listed on their 2016 schedule page. And Mass needs removed.

It’s time for fbschedules to integrate a script to auto update the program page whenever the schedule is updated with OOC games, so do don’t have to edit manually. ;-)

Thanks, I was changing some things around when you looked at the page. I moved ODU instead of UMass. Should be ok now.

Been working with developers on a new site for over a year and a half now. The database part is the hardest because of conflicting dates, games moving, games with years but no exact dates, off weeks, etc. We hope to push out a new logo and refreshed design sometime during the season.

I think you do a great job as it is right now. Changes don’t need to be instant to be timely. Thank you for all you’ve done in building this site into the reliable collector of football schedules. (My only wish is that somehow you could add FCS someday!)

I agree Kevin, this site is fantastic, keep up the great work. I’m sure whatever comes out as a new site, whenever it’s ready, will be terrific.

FCS would be a pretty cool addition, but it would add twice as much work. Maybe one day, I know a lot of people would love that.

Also, the UMass/LA Tech game in 2019 is in the wrong spot chronologically, it should be before Army and after Charlotte.

And the game in 2016 vs Wagner, the complete name of the stadium is missing and the town of Amherst as well.

UMass playing in the SEC East for 2016 it seems like, going to be a daunting but exciting season 1st year as an independent.