UL Lafayette to Play at Kentucky in 2015 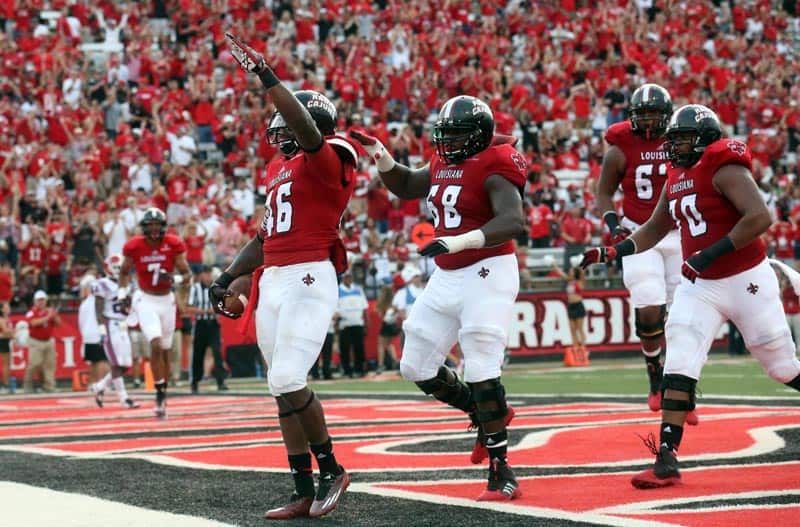 The Ragin' Cajuns will open the 2015 season at Kentucky. (Crystal LoGiudice-USA TODAY Sports)

During an interview on Lafayette sports radio KPEL-AM 1420, Farmer stated that UL Lafayette will travel to Lexington to take on the Kentucky Wildcats next season for their “money game.” UL Lafayette and Kentucky have never met on the gridiron.

An exact date for the game was not specified by Farmer during the interview. However, the Ragin’ Cajuns stated in a schedule release back in March 2013 that they would play at a BCS opponent TBA on Sept. 5, 2015. That date, which is the season-opener, was confirmed by The Advertiser.

Kentucky is the third announced non-conference opponent for the Ragin’ Cajuns in 2015. UL Lafayette is also scheduled to host Akron on Sept. 26 and travel to Louisiana Tech on Oct. 3.

The Kentucky Wildcats now have their second scheduled non-conference game to go along with their in-state rivalry tilt at home against Louisville on Nov. 28.