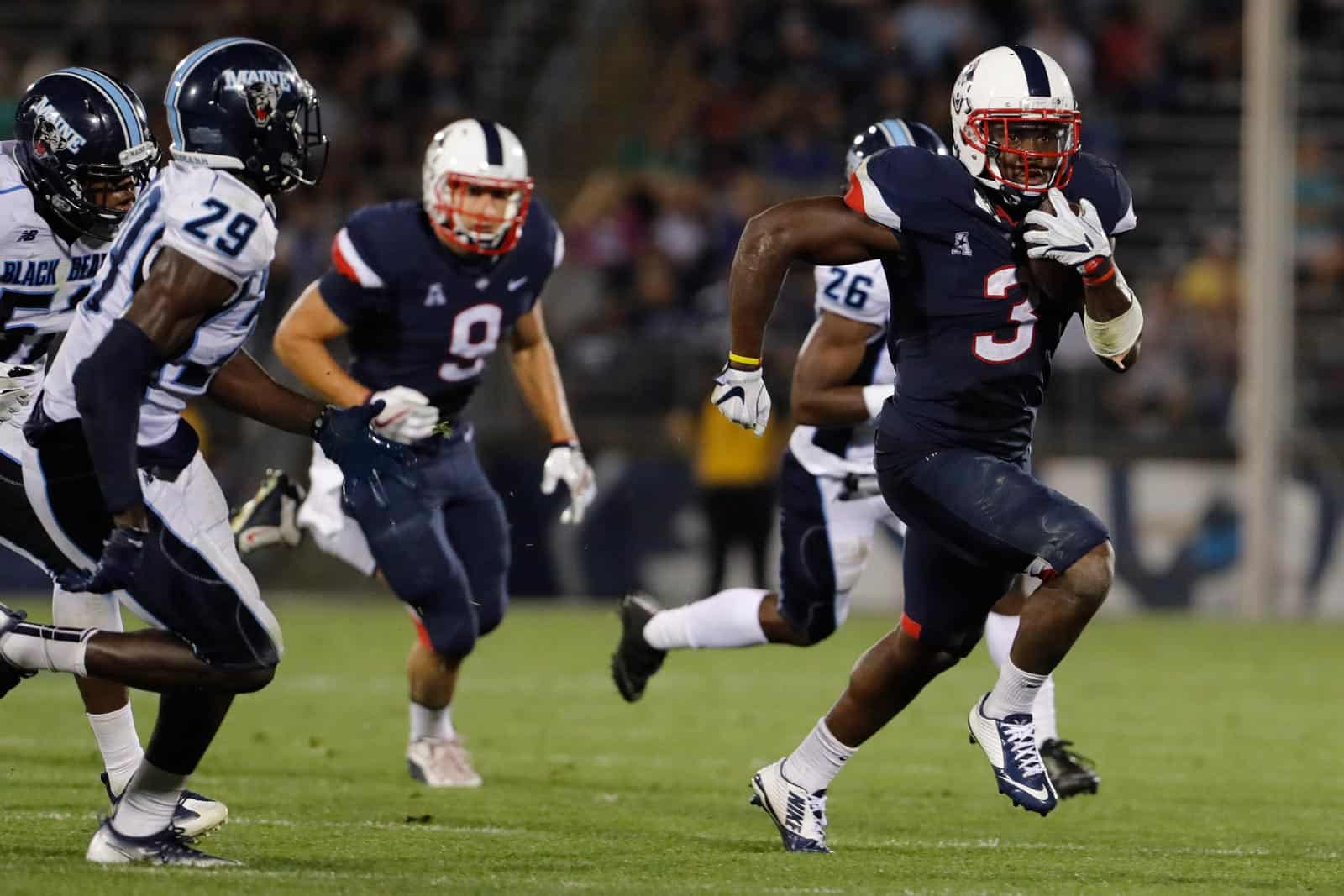 The UConn Huskies have added the Maine Black Bears to their 2020 football schedule, This Is UConn Country has reported.

UConn will host Maine at Rentschler Field in East Hartford on a date to be announced during the 2020 season. The game will mark the 75th meeting between the two schools on the football field.

UConn and Maine last met during the 2016 season in East Hartford. The Huskies slipped by the Black Bears 24-21 in that contest to extend their lead in the series to 40-31-3.

The addition of Maine tentatively completes the non-conference schedule for UConn in 2020. The Huskies are also scheduled to host UMass on Sept. 3, play at Illinois on Sept. 12, and host Indiana on Sept. 26.

In American Athletic Conference play in 2020, UConn is slated to host Cincinnati, Temple, Tulane, and UCF and travel to East Carolina, Houston, Navy, and USF.

Maine is a member of the Colonial Athletic Association (CAA) in the Football Championship Subdivision (FCS). The Black Bears, 4-3 this season, finished the 2017 season 4-6 overall and 3-5 in CAA action.

UConn is the first scheduled non-conference opponent for Maine for the 2020 season. The Black Bears also have FBS opponents scheduled for 2019, Georgia Southern and Liberty, and 2020, NIU and UMass.