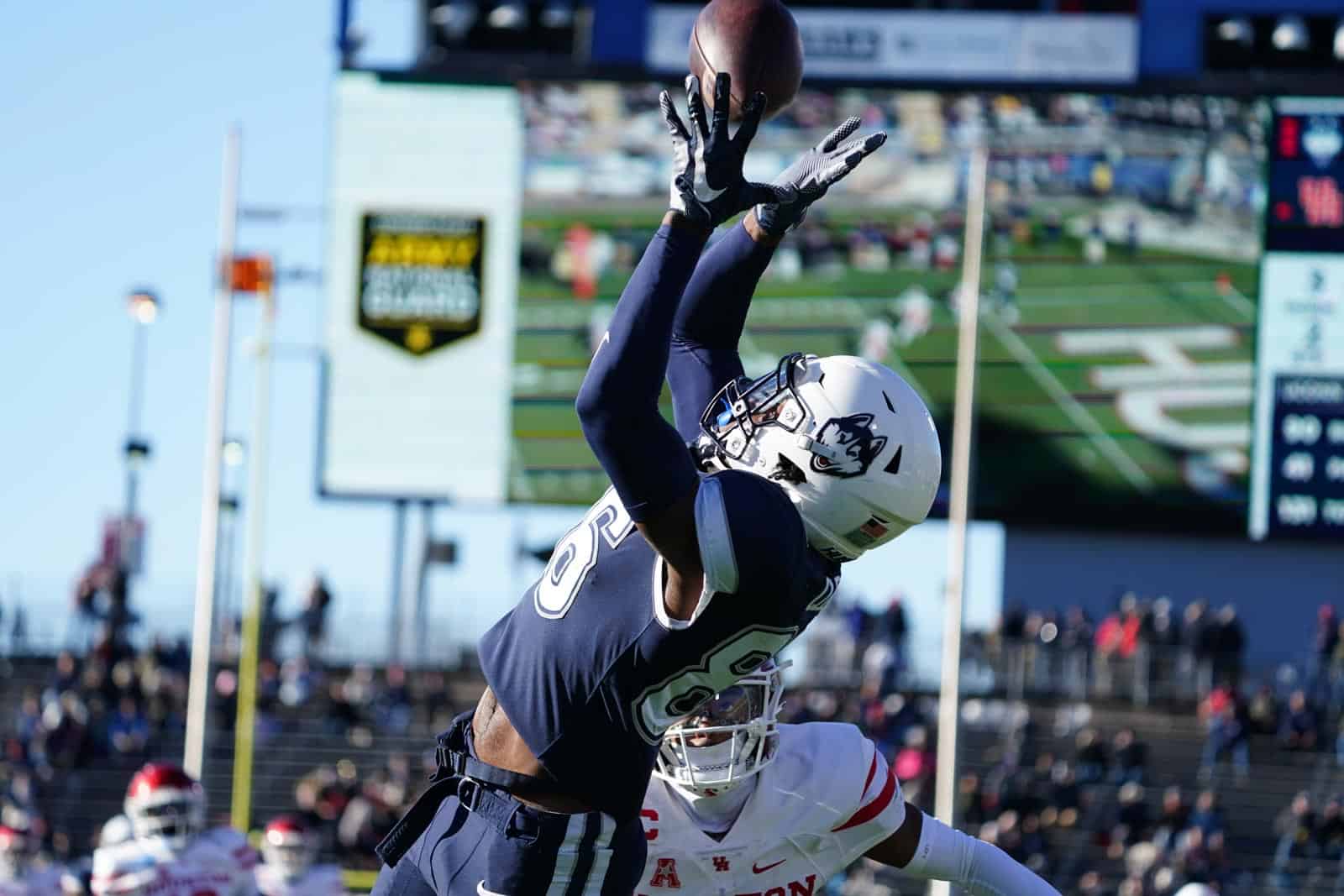 The UConn Huskies and the Liberty Flames have made some adjustments to their future football series, the Huskies announced on Wednesday.

UConn and Liberty were previously scheduled to begin a home-and-home series at Pratt & Whitney Stadium at Rentschler Field in East Hartford, Conn., in the fall of 2020, but the game was canceled due to the COVID-19 pandemic. The second game of that series was scheduled for Nov. 11, 2023 at Williams Stadium in Lynchburg, Va.

Today’s announcement from UConn states that, as a result of Liberty joining Conference USA, the remaining three games of their series have been changed to a home-and-home series. UConn will host Liberty this season on the previously announced date of Nov. 12, and then the series will conclude with the Huskies traveling to face the Flames in Lynchburg five seasons later on Nov. 13, 2027.

In their first and only meeting on the gridiron, UConn defeated Liberty 59-0 in East Hartford on Sept. 10, 2005.

UConn is scheduled to open the 2022 season in Week Zero on Saturday, Aug. 27 on the road against the Utah State Aggies (4:00pm ET, FS1). Liberty opens their campaign one week later on Saturday, Sept. 3 at the Southern Miss Golden Eagles (7:00pm ET, ESPN+).