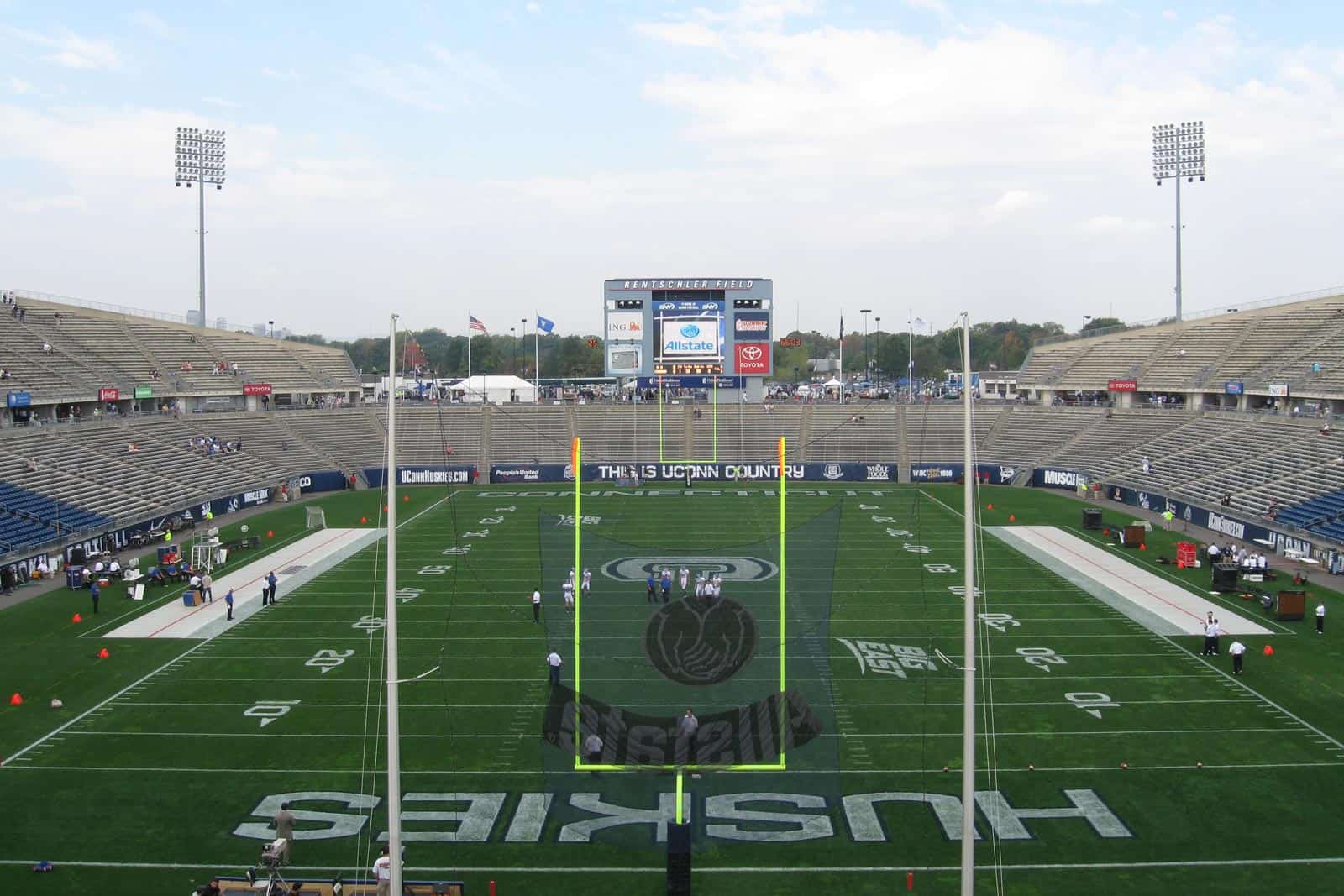 The UConn Huskies have added home-and-home football series with Ole Miss and Liberty and a single game against Sacred Heart to their future football schedules, the school announced on Thursday.

UConn and the Ole Miss Rebels will play a home-and-home series in 2027 and 2028. The series will begin with the Huskies hosting the Rebels at Pratt & Whitney Stadium at Rentschler Field in East Hartford, Conn., on Sept. 11, 2027 and conclude with UConn traveling to face Ole Miss at Vaught-Hemingway Stadium in Oxford, Miss., on Nov. 18, 2028.

The 2027 UConn-Ole Miss contest will mark the first-ever meeting between the two schools on the gridiron.

UConn and the Liberty Flames have scheduled a home-and-home series that will kickoff with the Huskies hosting the Flames in East Hartford on Nov. 12, 2022. Three seasons later on Nov. 15, 2025, the Huskies will travel to take on the Flames at Williams Stadium in Lynchburg, Va.

UConn and the Liberty Flames were previously scheduled to begin a home-and-home series in East Hartford in the fall of 2020, but the game was not played due to the novel coronavirus 2019 (COVID-19) pandemic. The game in 2020 will likely be rescheduled, while the second game of that series remains scheduled for Nov. 11, 2023 in Lynchburg.

In their first and only meeting on the gridiron, UConn defeated Liberty 59-0 in East Hartford on Sept. 10, 2005.

The Huskies also announced on Thursday that they will host the Sacred Heart Pioneers on a date to be determined during the 2023 season. Sacred Heart is a member of the Northeast Conference in the Football Championship Subdivision.

UConn, Army, UMass and Liberty, the four FBS independents east of the Appalachian Mountains should really play each other each year. Buy a little Turning Leaf Trophy since all 4 schools have great fall foliage. .