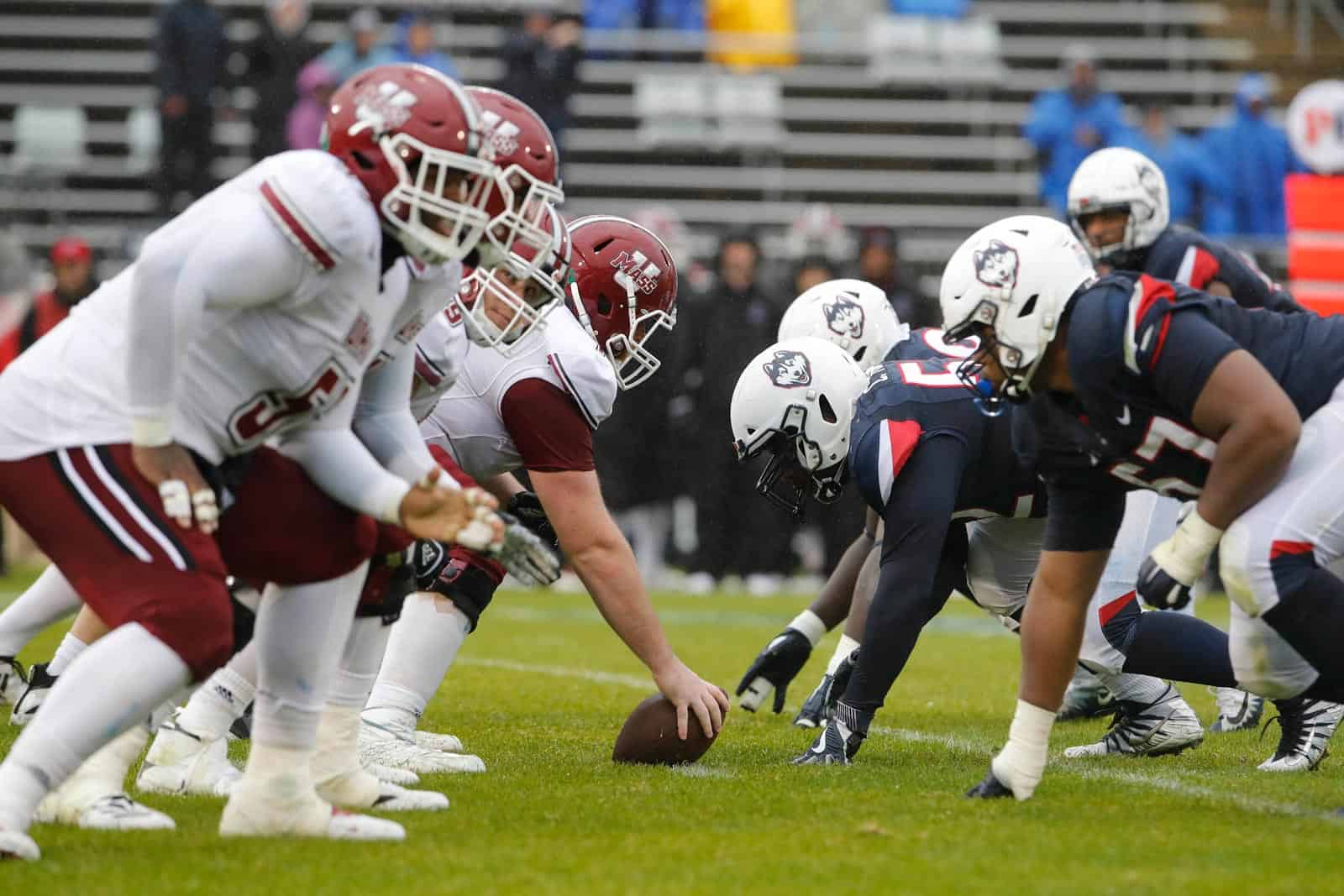 The UConn Huskies have completed their 2022 football schedule with the addition of the UMass Minutemen, according to their official athletics website.

UConn will host UMass at Pratt & Whitney Stadium at Rentschler Field in East Hartford, Conn., on Saturday, Nov. 5, 2022. The game will mark the 76th overall meeting between the two schools on the gridiron.

UConn and UMass first met in football in 1897 in Amherst, Mass. The Minutemen won the most recent matchup in the series, 27-13 earlier this season, and they currently lead the overall series against the Huskies 38-35-2.

The 2022 UConn-UMass game is reportedly part of a 10-game home-and-home series between the two schools, although nothing has been officially announced.

UConn and UMass have agreed to a 10 year deal(2022-2031) to play against each other. Even years at UConn, odd years at UMass. And per @FBSchedules both teams have a November 5 date open in 2022, which is when this game will most likely be played.

UMass will also enter the 2022 season with a new, but familiar, head coach. Don Brown returns to take over the Minutemen following assistant jobs at Maryland, UConn, Boston College, and Michigan and, most recently in 2021, the defensive coordinator of the Arizona Wildcats.

Brown was the defensive coordinator for UMass in 1998 and 1999 and returned as head coach from 2004 through 2008. During his tenure as head coach, he led the Minutemen to a 43-19 record, the best five-year record in school history.

Great news! Such an historic and marquee matchup. One of the best rivalries on the East Coast.

Glad to see the contract extend for another decade.

These two should just go ahead and sign a 15-20 year deal w/an opt out clause in case either drops to FCS or somehow joins a conference.

I get the feeling these two each think they are better than the other, however they need to embrace the fact they are now rivals, less than a 90 drive from the other.

Why not have both UConn and UMass move to the FCS Colonial Athletic Association (CAA) and make this rivalry a conference game? It makes sense to me IMO. #rivalry

UConn would be a football-only member of the CAA. UMass would be an all-sports member (including football) to replace James Madison University, who moves to the Sun Belt Conference next year. #realignment #problemsolved :)

UConns only options are FBS or drop football at this point. FCS is not an option due to contractual obligations with the state facilities, including the stadium.