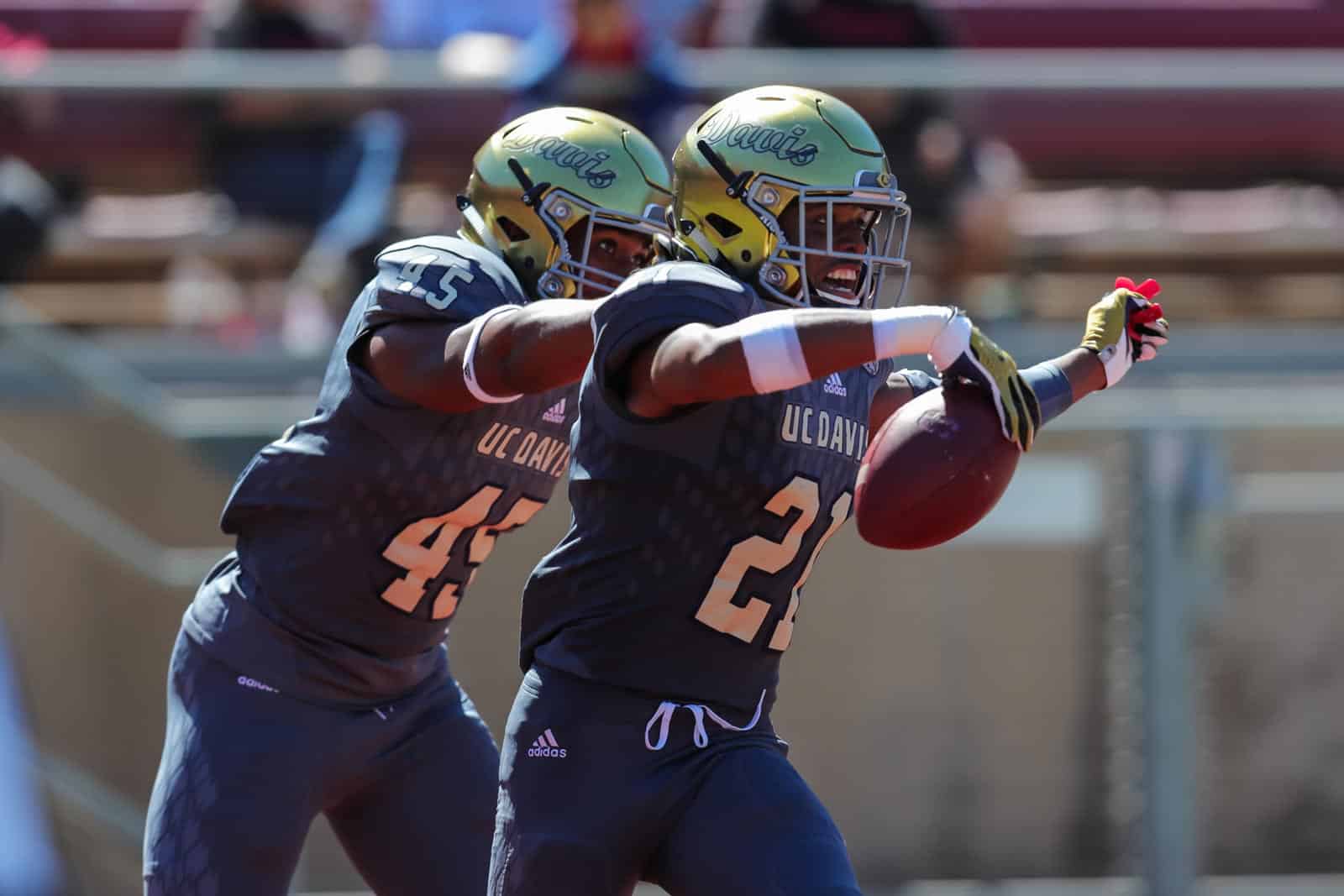 The UC Davis Aggies have officially released their 2019 football schedule, and it includes five games at Aggie Stadium.

UC Davis opens the 2019 season on the road in Berkeley against the California Golden Bears on Saturday, Aug. 31. Other non-conference games for the Aggies include at San Diego on Sept. 7, home against Lehigh on Sept. 14, and at North Dakota State on Sept. 21.

The Big Sky Conference portion of the schedule for UC Davis kicks off on Sept. 28 when the Aggies play host to the Montana Grizzlies. The following week on Oct. 5, UC Davis travels to play the North Dakota Fighting Hawks.

On Oct. 12, UC Davis returns home to host their annual Homecoming game against the Cal Poly Mustangs. The Aggies then head to Cedar City to take on Southern Utah on Oct. 19.

The Weber State Wildcats visit Davis to take on the Aggies on Oct. 26, and then UC Davis has their only bye week of the season on Nov. 2.

UC Davis closes out the 2019 regular-season with two-of-three games on the road. The Aggies visit the Portland State Vikings on Nov. 9, host the Montana State Bobcats on Nov. 16, and then travel to take on the Sacramento State Hornets on Nov. 23.