UAPB to replace Jackson State in Southern Heritage Classic in 2023, 2024 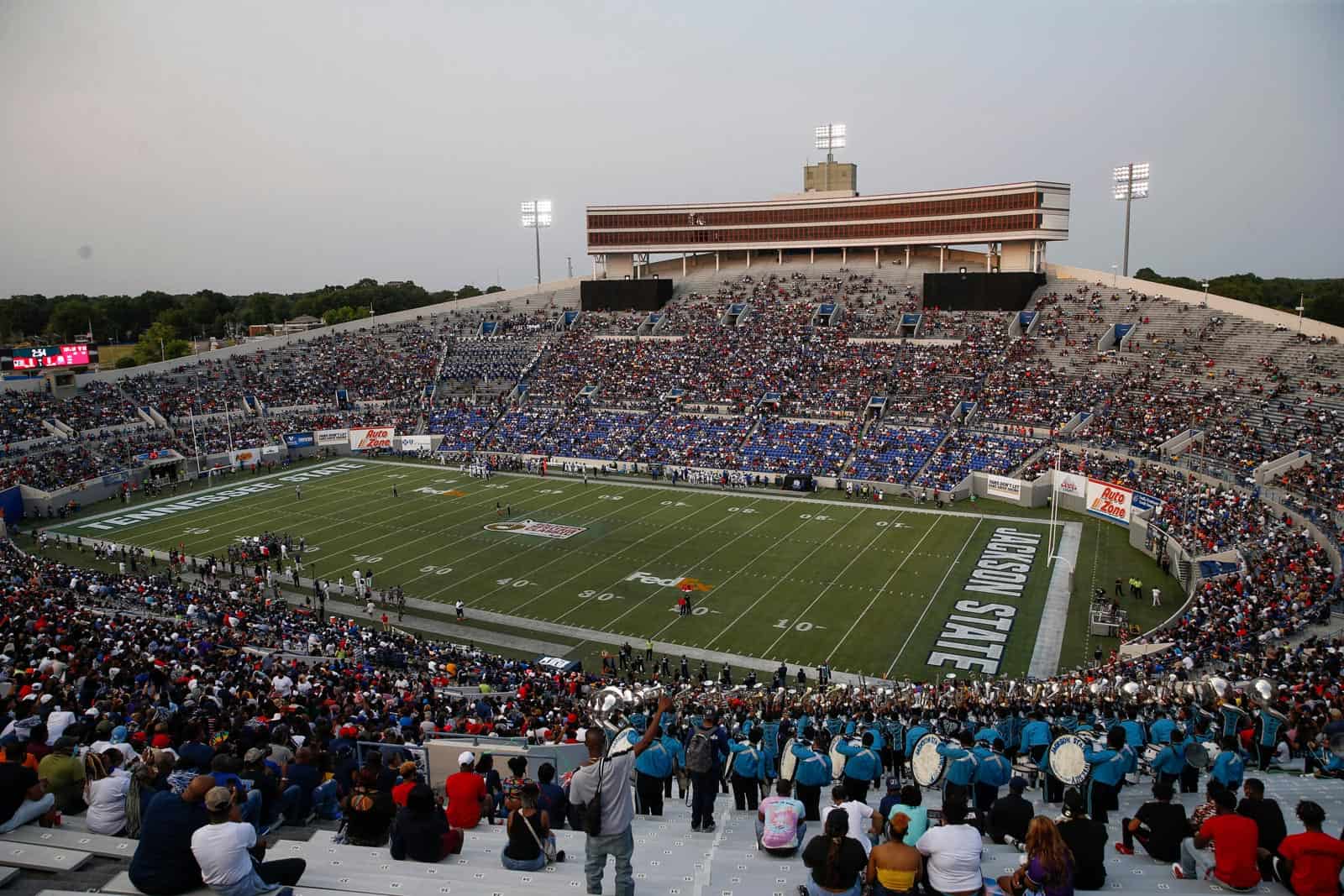 The University of Arkansas-Pine Bluff (UAPB) Golden Lions will replace the Jackson State Tigers in the Southern Heritage Classic for the 2023 and 2024 seasons.

Fred Jones, Jr., the organizer of the Southern Heritage Classic, revealed the news on his Facebook page on Wednesday.

“The answers you’ve all been waiting for,” Jones’ wrote. “Welcome to the Southern Heritage Classic University of Arkansas at Pine Bluff!”

According to the graphic that Jones posted, Arkansas-Pine Bluff will take on the Tennessee State Tigers in the matchup on September 9, 2023 and then again the following season on September 14, 2024. Both games will be played at Simmons Bank Liberty Stadium (formerly known as Liberty Bowl Memorial Stadium), in Memphis, Tenn.

Earlier this year, Jackson State notified the Southern Heritage Classic that the 2022 contest would be their last even though they were under contract to appear in the game through 2024.

According to former Jackson State head coach Deion Sanders, who recently left the school to take over the Colorado Buffaloes, the Tigers opted out of the Southern Heritage Classic over financial issues related to traveling to Memphis.

“By the time we get back, we’re broke. We’re going to stop all that, just so y’all know,” Sanders told the Commercial-Appeal in February. “It’s got to be equitable for us at Jackson. We got to do business now. We got to quit playing games, we’re doing business.”

Jackson State hasn’t been the only opponent for Tennessee State in the contest, however. The Mississippi Valley State Delta Devils and Grambling State Tigers played instead of Jackson State in 1991 and 1993, respectively.

Tennessee State now has four non-conference contests set for the 2023 season. The Tigers are scheduled to open the season on the road against the Notre Dame Fighting Irish on Sept. 2. Tennessee State is also slated to visit the Kennesaw State Owls on Oct. 7 and host the Norfolk State Spartans on Oct. 14.

The game against Tennessee State joins contests at the Tulsa Golden Hurricane (Sept. 2) and at home against Central Arkansas (new date to be determined) on Arkansas-Pine Bluff’s 2023 schedule.

So, the game organizers didn’t give the participating teams a guarantee? not even $70K?

They did but JSU didn’t feel like it was enough.

JSU wanted to get back another home game, too. To justify a new stadium, having neutral site games needed to go.

UAPB needs to hire Art Briles and Shake things up

I’d love to know how expensive two buses for a six hour round trip from Jackson, Mississippi to Memphis, Tennessee and back would be.