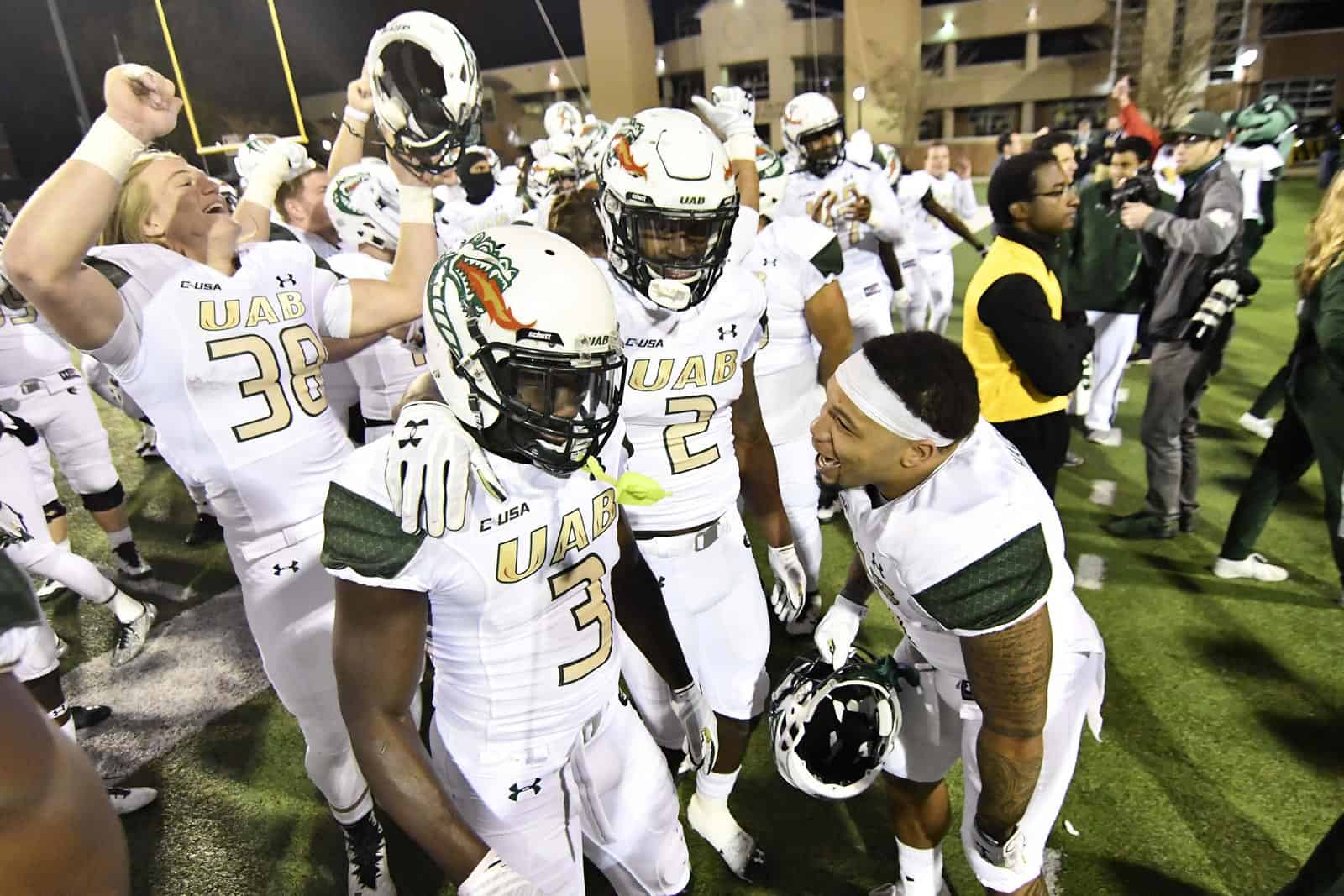 The UAB Blazers have added the Alabama State Hornets to their 2019 football schedule, FBSchedules.com has learned.

UAB will host Alabama State at Legion Field in Birmingham on Thursday, Aug. 29, 2019. The Blazers will pay the Hornets a $300,00 guarantee for the game, per a copy of the contract obtained from the University of Alabama at Birmingham via a state open records request.

Alabama State University will also receive a sum equal to 40% of tickets that they sell through their school prior to Aug. 23, 2019.

UAB and Alabama State first met on the gridiron in Montgomery in 1994 and have played three times overall. In their most recent meeting in 2008 in Birmingham, UAB defeated ASU 45-10 to take a 2-1 lead in the series.

The Hornets are a member of the Southwestern Athletic Conference (SWAC) in the Football Championship Subdivision (FCS). Last season, ASU finished 5-6 overall and 4-3 in SWAC play.

UAB has now tentatively completed their 2019 non-conference schedule with the addition of Alabama State. The Blazers are also slated to travel to Akron (Sept. 7), host South Alabama (Sept. 21), and play at Tennessee (Nov. 2).

That is a pretty solid OOC schedule….two in-state games,a money game and a intersectional match up with a steady Akron squad.