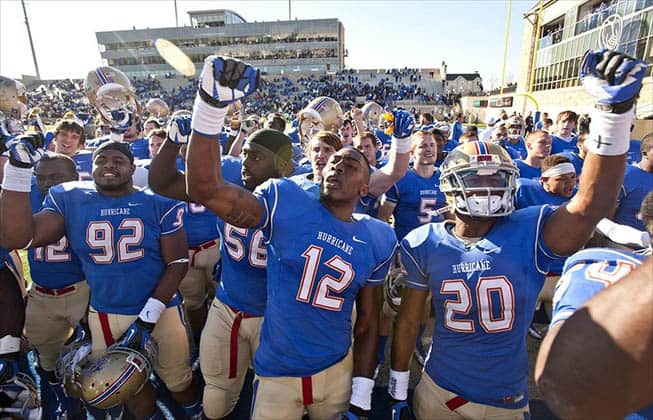 The Golden Hurricane have been a member of Conference USA since 2005. They won the C-USA Championship in 2005 and 2012 and claimed the West Division title five times.

“The addition of The University of Tulsa marks another significant step in building a strong conference,” said Aresco.  “In common with our member schools, Tulsa brings a rich academic profile, outstanding and storied athletic programs, and a devoted fan base.  Under the leadership of President Steadman Upham, the University will be a valued member of our conference and will make us even more competitive across the collegiate landscape.”

Navy joins the conference in 2015 in football only, and at that time the Big East will split into divisions and have a championship game. The highest-rated division champion will host the game on their campus and it will be televised by ABC or ESPN.

Conference USA has already replaced Tulsa by luring Western Kentucky from the Sun Belt. C-USA will have 12 teams in 2014 when Old Dominion joins and East Carolina, Tulane, and Tulsa depart. In 2015, C-USA will be at 13 after the addition of Charlotte.

Actually, at this point, with all of the announced moves, the only odd-number-membership conferences are the Sun Belt (who is supposedly deciding who their new 12th team will be) and the MAC (who has been odd-numbered for a while and doesn’t seem to care much).

There’s every possibility that the Big 10, Big 12, SEC… or I suppose even ACC… could still make a move, and then all of the smaller FBS conferences would get tugged into all of this again, but until that point, things should almost have reached a stable point for these conferences.

Did I miss something in my C-USA count though?

I hate to make a suggest that means more work for you…but would it be possible to get some sort of page that lists the 2013,2014,and 2015 alignments for each conference as it stands now so there is a single page people can check to see who is coming and going where? I think a chart would come in handy.

The alignment for future seasons can be found here:

Hi Kevin, just curious if you have thought about making a page like this but for college basketball? I think it would be easier for fans to see their fav teams schedules and stuff like that?

I think it would be:

– not as useful – despite the number of non-conference games, many are scheduled a few months before the season and there are not press releases, schedules are released by schools individually with all sorts of news batched for that release

If you want one season out – masseyratings.com has linked schedules

If you are real curious, there is a bulleting board we can all access where real ADs post game invites for each other. Does someone recall the URL?

Here is a website with the table for Bill and Clint.

You can remove this if you think it shouldn’t be on here.