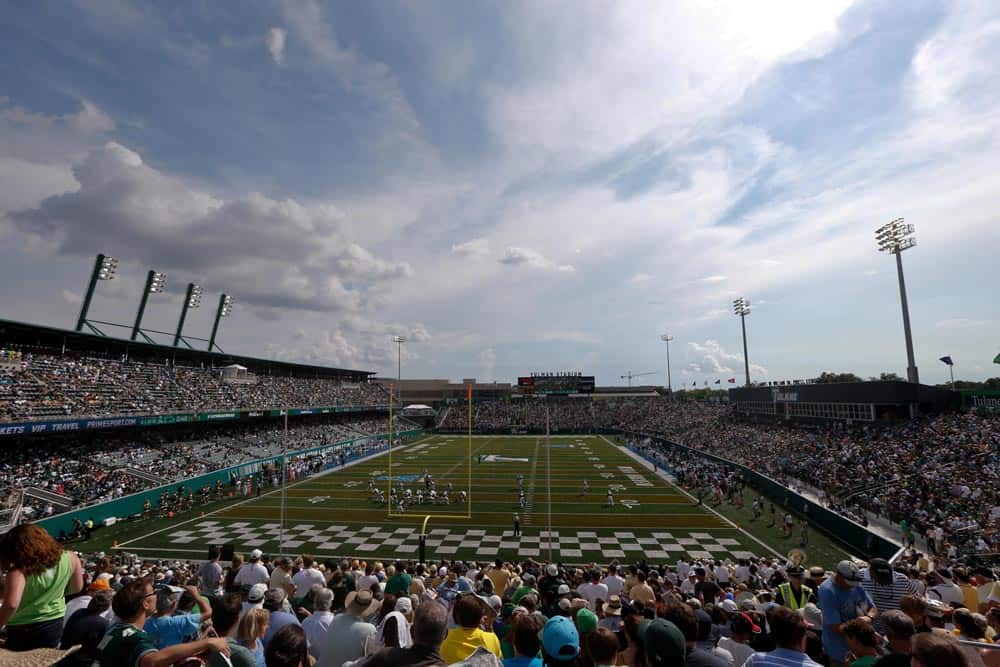 The Tulane Green Wave and the UAB Blazers have scheduled a home-and-home football series for 2018 and 2021, both schools announced on Tuesday.

In the first game of the series, Tulane will travel to face UAB at Legion Field in Birmingham on Sept. 15, 2018. The Green Wave will then host the Blazers at Yulman Stadium in New Orleans on Sept. 25, 2021.

Tulane and UAB have met nine times on the gridiron and each contest was played when both were members of Conference USA. The Green Wave won the last two meetings in 2011 and 2012 to take a 5-4 lead in the series.

“Regionally, this is a great game that both fan bases will be able to travel for,” UAB head coach Bill Clark said. “This is in the recruiting radius of both schools so it should be a great series.”

UAB is also scheduled to visit Texas A&M on Sept. 22, 2018. The Blazers were previously set to visit Coastal Carolina in 2018, but the Tulane game has taken over that date. A new date for the Tulane at CCU game is to be announced.

The game against Tulane in 2021 is the first announced non-conference opponent for UAB for that season.

Tulane now has three non-conference opponents lined up in both 2018 and 2021. In 2018, the Green Wave are also slated to travel to Ohio State on Sept. 22 and host Wake Forest on a date to be announced.

In 2021, Tulane is set to open the season at home vs. Oklahoma on Sept. 4 and travel to Oxford two weeks later to take on Ole Miss on Sept. 18.

Yep, hopefully one day they can get their own stadium.

Just don’t have the Alabama legislators and Alabama boosters shut them down again.

It was the University of Alabama Board of Trustees that shut them down led by Paul Bryant Jr.. The Alabama Legislator had nothing to do with it Maverick.

Dude, they are the same people. Bama is a state school too. Read a book. Study history. Stop being naive. These things have been down multiple times over the years. It’s all about money!