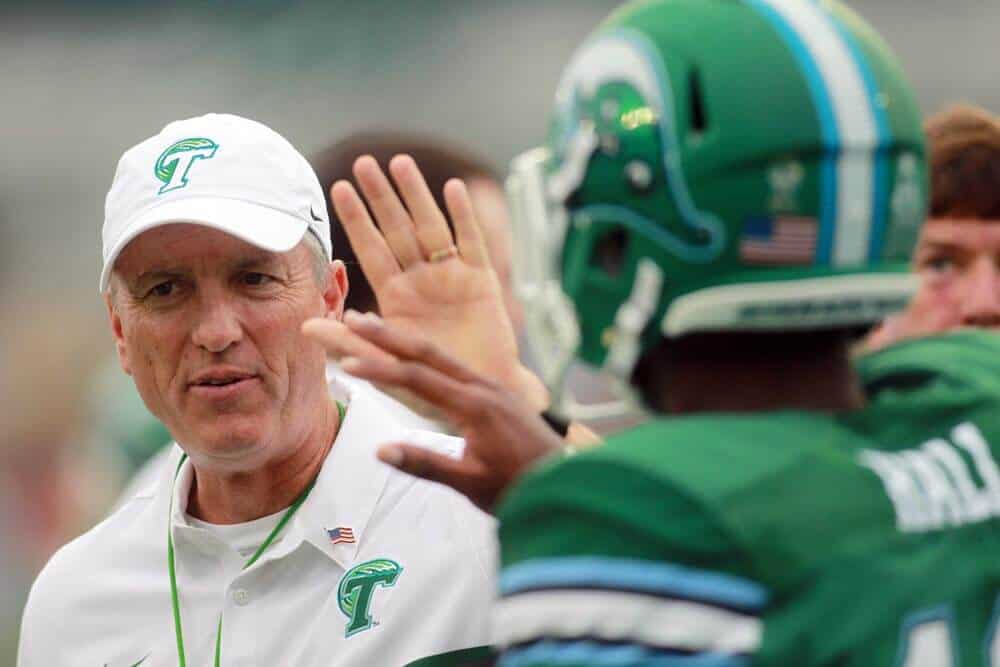 The Tulane Green Wave have added the Auburn Tigers and the Missouri State Bears to their 2019 football schedule, the school announced on Friday.

On Sept. 14, 2019, Tulane will host Missouri State at Yulman Stadium in New Orleans, Louisiana. The Bears are a member of the Missouri Valley Football Conference in the Football Championship Subdivision (FCS).

The addition of Auburn and Missouri State completes Tulane’s 2019 non-conference schedule. The Green Wave open the season at home vs. FIU on Aug. 31 and later travel to face Army on Oct. 5.

Tulane was previously scheduled to host Georgia Tech in 2019. It appears that game, previously part of a home-and-home series, has been canceled altogether.

Also listed in today’s release is a new non-conference matchup with Southeastern Louisiana. The Lions will visit New Orleans on Sept. 12, 2020.

Auburn now has two non-conference games announced for 2019. The Tigers open the season vs. Oregon at AT&T Stadium in Arlington, Texas.