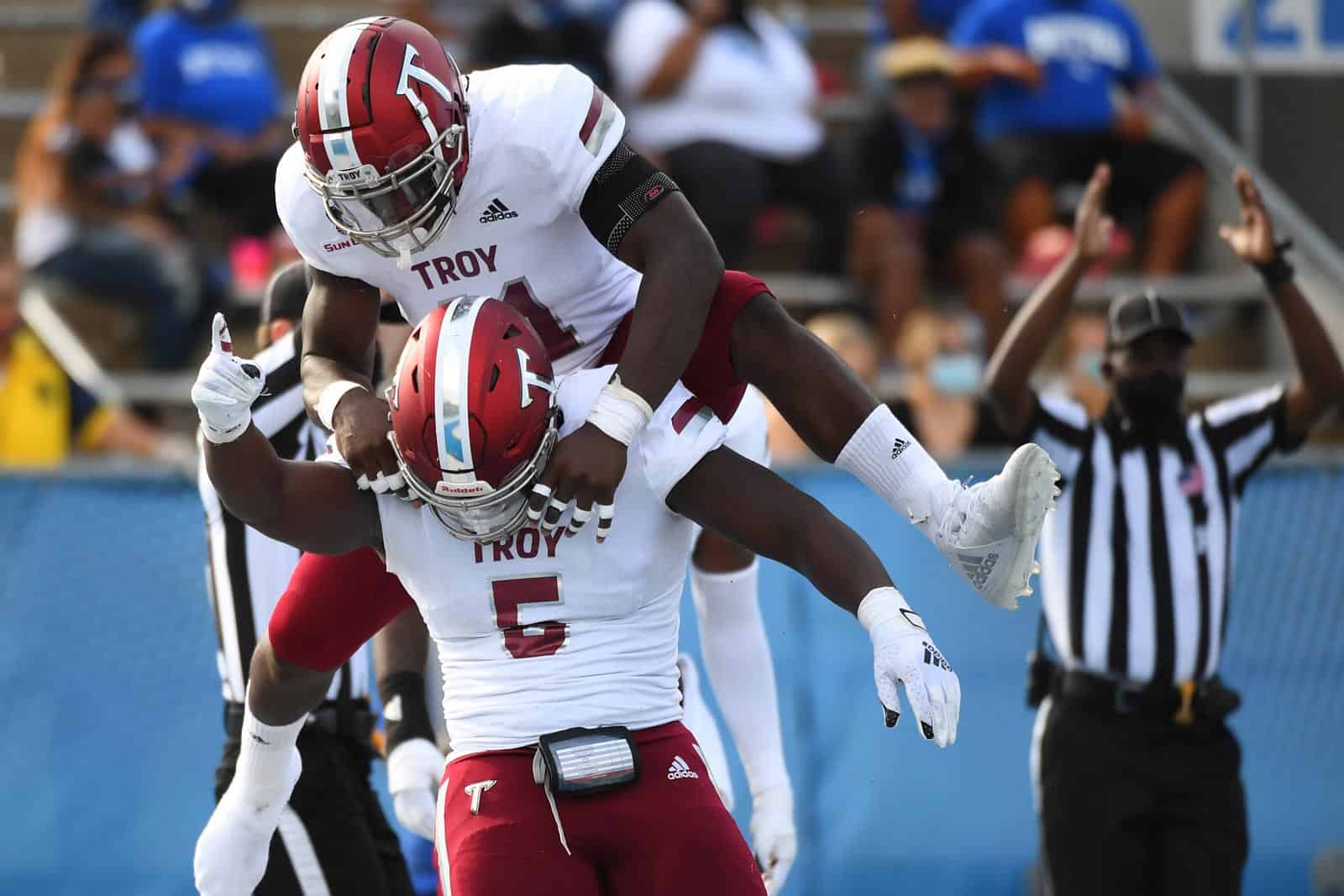 The Troy Trojans at South Alabama Jaguars football game has been rescheduled for Saturday, Dec. 12, both schools have announced.

South Alabama postponed the game against Troy due to “…precautionary measures concerning the availability of student-athletes.” The two schools were scheduled to meet on Saturday, Oct. 3 at South Alabama’s Hancock Whitney Stadium in Mobile, Ala.

If other games are canceled during the season that opens an earlier date for the two teams to play, the schools will “…explore the option of meeting earlier.”

The rescheduling of the Troy-South Alabama game for Dec. 12 came just a few hours after the Sun Belt announced that their football championship game had been pushed back to Saturday, Dec. 19. The game will be televised by ESPN or ESPN2.

South Alabama is 1-2 so far this season following a win at Southern Miss and home losses to Tulane and UAB. Their next scheduled contest is on Saturday, Oct. 17 at home against the Texas State Bobcats.

It’s about time this game get played as a season finale.

This should be permanent starting next year. The Sun Belt should also schedule Appalachian State-Coastal Carolina, Arkansas State-Texas State, Georgia Southern-Georgia State, and Louisiana-ULM at the end of the season, at least until realignment.