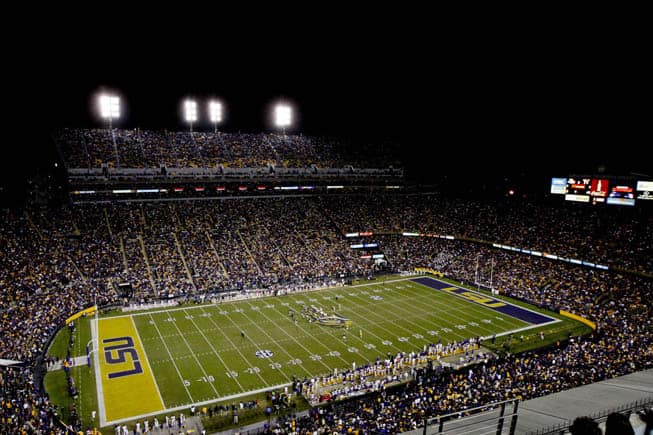 The Troy Trojans have added the LSU Tigers to their 2017 football schedule. The game was announced today by Troy athletics director John Hartwell.

Troy will travel to face LSU at Tiger Stadium in Baton Rouge on Sept. 30, 2017. The game will be the third meeting between the two schools.

Troy now has their second scheduled non-conference game for 2017, and their are both tough ones. The Trojans open the season on the blue turf of Boise State on Sept. 2.

The addition of the Trojans gives the LSU Tigers three non-conference games on the schedule for the 2017 season. The Tigers are currently slated to host NC State on Sept. 9 and Georgia Southern on a date to be announced.

LSU was previously slated to host Georgia Southern in 2014, but the game was moved to the 2017 season.

Maybe the third time will be the charm. In 2004, only a horrible substitution call that negated a Troy TD kept the Trojans from winning. In 2008, Troy led 24-3 at the half and 31-3 with a minute left in the third quarter before horrible (non-clock-eating) play calling and more biased SEC officiating lost the game for Troy. Most of the LSU homecoming crowd had left and missed their team’s greatest comeback.