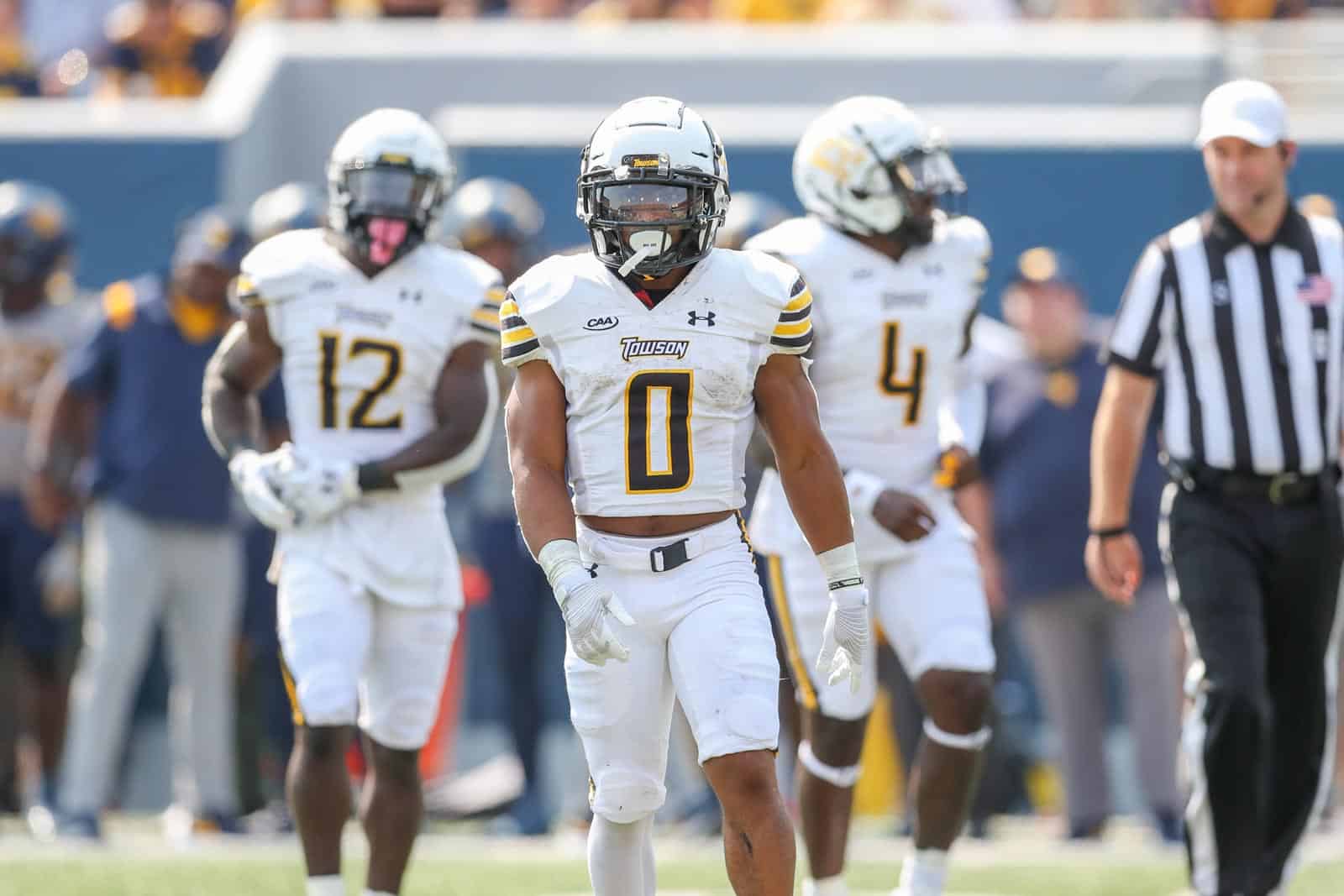 The Towson Tigers will play at the Cincinnati Bearcats in 2024 and at the South Carolina Gamecocks in 2026, the school announced on Tuesday.

Towson University, located in Towson, Md., is a member of the Colonial Athletic Association (CAA) in the Football Championship Subdivision (FCS).

Towson will travel to face the Cincinnati Bearcats at Nippert Stadium in Cincinnati, Ohio, on Saturday, Aug. 31, 2024. The game will be the season-opener and the first-ever meeting between the two schools on the gridiron.

Cincinnati is currently a member of the American Athletic Conference. The Bearcats are moving to the Big 12 Conference next season, which will become official on July 1, 2023.

In other non-conference action in 2024, Cincinnati is scheduled to host the Pitt Panthers on Sept. 7 and travel to face Miami (Ohio) on Sept. 14.

In another first-time matchup, Towson will travel to take on the South Carolina Gamecocks at Williams-Brice Stadium in Columbia, S.C., on Saturday, Sept. 12, 2026.

South Carolina was previously scheduled to host the Wofford Terriers in 2026 (Sept. 5), so that game will be rescheduled for another season or canceled altogether. The Gamecocks are also slated to host the Miami Hurricanes on Sept. 5 and play at the Clemson Tigers on Nov. 28 that season.

Towson also confirmed today that they will travel to play the Maryland Terrapins in College Park, Md., on Sept. 2, 2023 and then again two seasons later on Sept. 13, 2025. Maryland announced the 2023 matchup back in 2017, while we reported the 2025 contest in July of this year.

With the addition of these games, Towson’s non-conference schedule is now complete through the 2026 season: