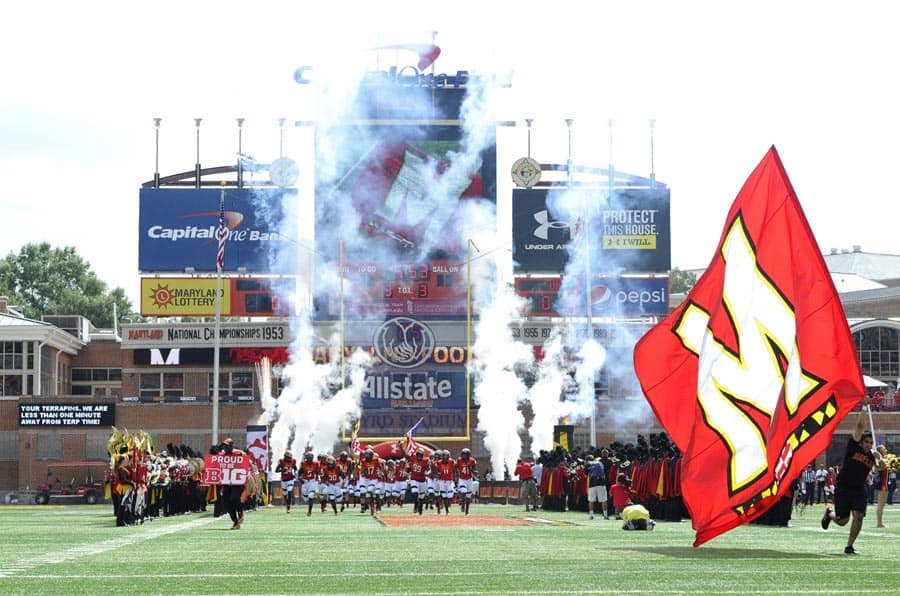 The Maryland Terrapins have added three FCS opponents to their future football schedules, the school announced on Thursday.

Maryland will host the Howard Bison at Maryland Stadium in College Park on Aug. 31, 2019. The Terrapins beat the Bison last season 52-13 in the two schools’ first-ever meeting.

Towson will travel to face the Terrapins on Sept. 30, 2023. The two schools played earlier this season, with Maryland coming out on top 63-17.

The third and final non-conference game addition for Maryland are the Penguins of Youngstown State. Maryland will host YSU on Sept. 11, 2027, and the game will be the first meeting between the two schools.

Maryland also announced today a date change for a game scheduled against Bowling Green. The two schools were previously scheduled to meet in College Park on Aug. 31, 2019, but will now play on Sept. 21, 2024.

Of course they did, because there is nothing wrong with scheduling wins. Well, may be not a win with Youngstown St.

J O K E ! ! ! I realize Maryland is not looking to contend for National Championships, but really??????

Love that BYU, Boise St, Georgia Southern, and Houston all announce games amongst themselves, and yet we have a Big 10 school announcing 3 home games against FCS schools. Cupcakes, anyone?

YSU will be tougher than BYU

Reed I agree with you completely. This is “Cupcake” type of scheduling. You would think Maryland was in the SEC.

Just another reason why Maryland should not be 1-A. It’s time to step down to division 2 football. Maybe, they might be able to win a national championship. Apparently, no one understands that fans are not going to pay good money to go see them play these little teams from a lower Division. I wouldn’t even waste my Saturday afternoon watching it. Then they wonder why attendance is never good at College Park for these games.