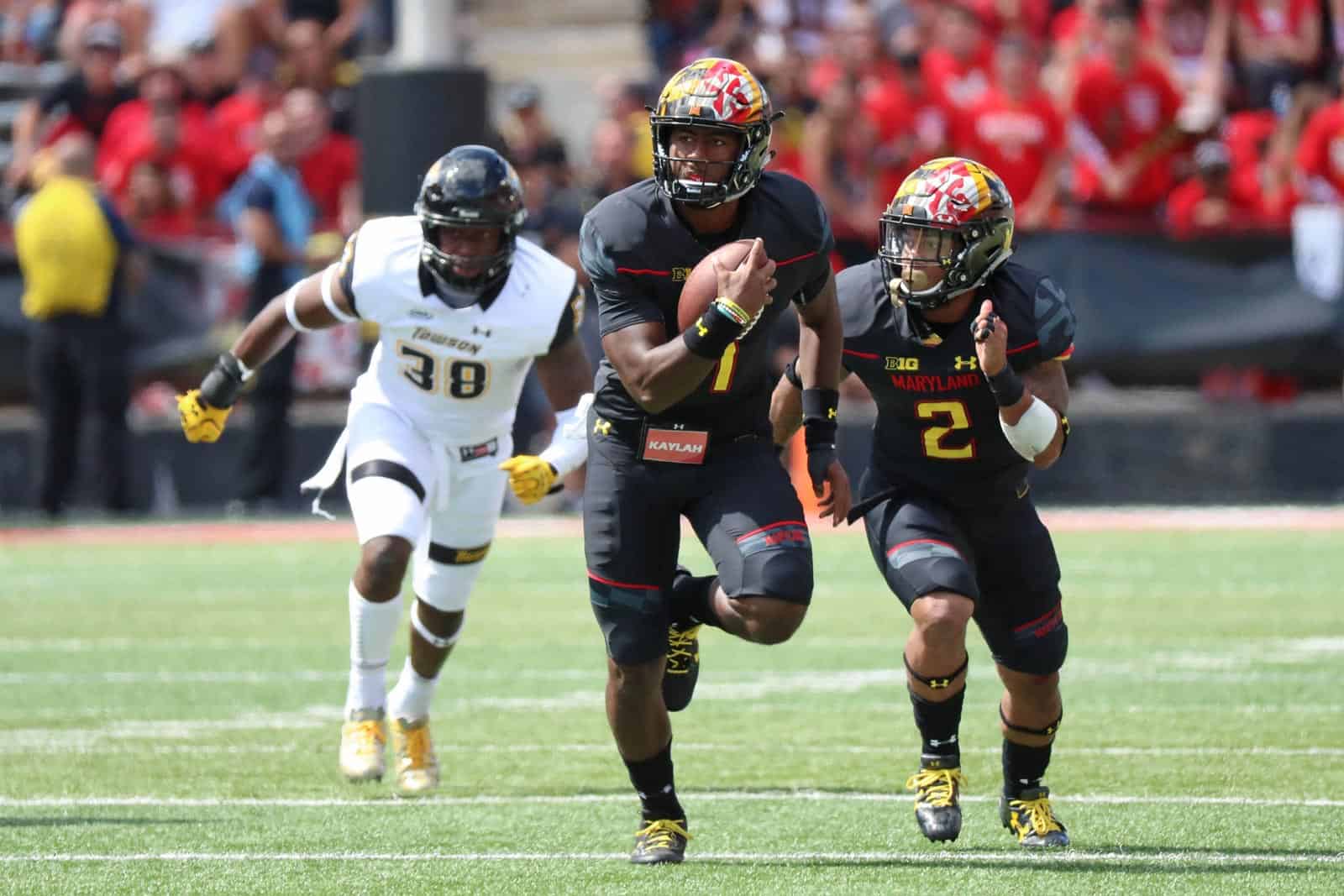 The Maryland Terrapins have added the Towson Tigers to their 2025 football schedule, FBSchedules.com has learned.

A copy of the football game contract with the University of Maryland was obtained from Towson University via a state of Maryland Freedom of Information Act request.

Maryland will host Towson at Capital One Field at Maryland Stadium in College Park, Md., on Saturday, Sept. 13, 2025. The Terrapins will pay the Tigers a $450,000 guarantee for playing the game, according to the copy of the contract.

Maryland and Towson first met on the gridiron in 2011, which resulted in a 28-3 Terrapins win. The two schools then played a second contest in 2017, which the Terrapins also won, 63-17.

The Maryland-Towson game in 2025 will be the fourth overall meeting between the two schools, while the third matchup is scheduled for Sept. 2, 2023. That matchup was reported back in 2017.

Maryland is scheduled to open the 2025 season on Aug. 30 at home against the UCF Knights. The Terrapins are also slated to host the Northern Illinois Huskies on Sept. 6.

Big Ten opponents for Maryland were previously announced, but are being revised due to changes made to the 2020 and 2021 football schedules.

Towson, a member of the Colonial Athletic Association in the Football Championship Subdivision, now has four non-conference opponents scheduled in 2025. The Tigers are set to host the Kennesaw State Owls on Aug. 30, travel to face the Morgan State Bears on Sept. 6, and host the Robert Morris Colonials on Sept. 27.

Boo to Maryland for scheduling an FCS opponent and their 3 out of conference games without a Power 5 OOC opponent for 2025 well should be count UCF has a Power 5 in 2025? They scheduled them as Group of 5 and now they will be in the Big 12. Anyway do not schedule FCS teams Maryland even in state at a discount.

I agree.
Instead of All the 1-A fbs Teams having a meaningful 12th Game (A 12th Game was lobbied for by the Trust Five Conferences & passed by the NCAA in 2005, beginning these Series in the 2006 Season, the language says, paraphrased “playing 1ea fChampionshipS 63 Scholarship Team a Season counts toward your (exhibition, my addition) Bowl eligible total of 6 Games.The Trust Five Conference Schools can have a Garbage Week Game during the Season “anywhere they want!”.
Exactly like the ancient Joke ” Where does a 5 Ton African Elephant sit? Anywhere they want.

In the NFL the League has a few Garbage Time games in the last 2 Weeks of the Season, but it’s not intentional the way Trust Five Conferences know to schedule a 1-AA fChampionshipS Team. In the the NFL, once You lock up your Playoff Spot You don’t have to Win the last Game or Two.