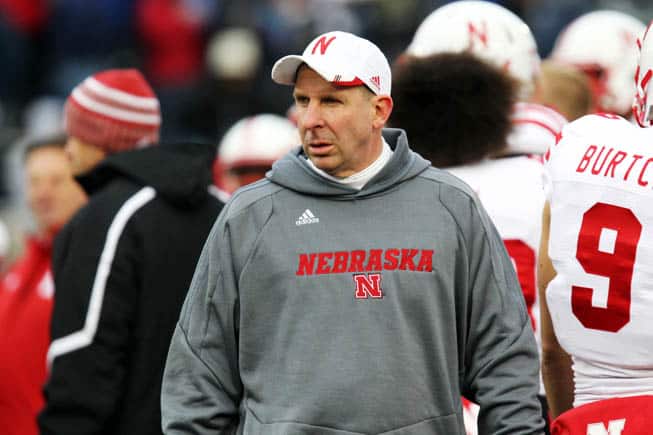 The Big Ten Network announced its primetime schedule this week for the 2014 season, and the slate features rematches of stunning endings from a season ago, along with a few new faces in Rutgers and Maryland who are joining the conference.

The Big Ten Network will get things rolling on opening night when Eastern Illinois travels to TFC Bank Stadium to take on the Golden Gophers of Minnesota. September 27 features a doubleheader when Cincinnati travels in-state to face Ohio State, followed by a 9pm ET kickoff between Illinois and Nebraska.

Along with matchups previously confirmed by ABC and ESPN, there are now 15 Big Ten primetime games on the 2014 slate. Let’s rank ’em.

A matchup of two likely Top 20 teams to open the season? Yes please. Playing this game at Tiger Stadium would have made this matchup even better. Instead, LSU and Wisconsin will square off at NRG Stadium in Houston in one of the highlights of opening weekend. And in two short years, they’ll meet again at historic Lambeau Field.

Kudos to the Nebraska Cornhuskers for continuing to schedule a tough non-conference game each year. The squad probably just hopes the end result is much different than last season’s out-of-conference matchup versus UCLA that saw the Blackshirts give up 38 straight points to #16 UCLA en route to an embarrassing 41-21 loss.

On the other side of the ball, clearly the biggest issue for the Hurricanes is replacing longtime starter Stephen Morris. The job looked like Ryan Williams’ to lose, but the incumbent tore his ACL in the spring. Things are so bleak for coach Al Golden that he recently stated that the school isn’t above looking for some help at the QB position from a transfer before the season begins.

Virginia Tech is practically the spitting image of the Miami Hurricanes.

Gone from the quarterback position is Logan Thomas, which has some Hokies fans rejoicing. Before boosters and alumni get too excited, Frank Beamer’s offense needs to find an heir apparent. ESPN’s Heather Dinich reported earlier this week that the position is completely up for grabs at this point. One thing is certain: The Hokies must get better production out of the QB position versus 2013 (especially the TD to INT ratio) to have any chance of beating Ohio State in Columbus.

At first glance, Nebraska at Northwestern might not appear to be a likely candidate for one of the top Big Ten primetime games of 2014. That is until you take a closer look at the last three matchups between the schools.

In 2011, the #10 ranked Cornhuskers looked to be cruising to an easy win when Wildcats starting QB Dan Persa went down. Enter Kain Colter who promptly led his squad to a stunning 28-25 road upset. A year later in Evanston, Nebraska got its revenge, 29-28, by rallying back from a 12-point fourth quarter deficit, thanks in part to a 53-yard Northwestern field goal that just barely missed with a minute to go.

Then there was 2013’s miracle in Lincoln.

The Cornhuskers make a third appearance in the top five slots thanks to a great conference matchup in early October versus Michigan State.

The Spartans will be wrapping up three consecutive home games when the Huskers come to town after facing off against Eastern Michigan and Wyoming the previous two weeks – neither of which possess a serious threat to last year’s Rose Bowl winners. Michigan State’s stingy 2013 defense could pose major problems for a Cornhusker offense that did not have a single QB on the roster throw for more than 966 yards.

It was another up-and-down season for the Wolverines. After opening the season 5-0, including a 41-30 victory over then #14 Notre Dame, Michigan’s inconsistent play began after a stunning, heartbreaking, breathtaking 4OT loss at Penn State. Brady Hoke’s squad gets a chance at revenge on the ESPN family of networks when it hosts the Nittany Lions on Oct. 11.

One week after Penn State faces a revenge-minded Michigan squad on the road, the Nittany Lions return home to face Ohio State. QB Christian Hackenberg put up quality numbers in his freshman season, dishing out 20 touchdowns and throwing for nearly 3,000 yards. Hackenberg may need to have a career day to counter an Ohio State offense ranked 3rd in scoring last season.

Game one of the Big Ten Network’s September 27 doubleheader features an in-state contest between Cincinnati and Ohio State. Despite only 108 miles of terrain between campuses, the Bearcats and Buckeyes have only met 14 times since 1893 with Ohio State holding a 12-2 advantage (although to be fair, who can forget Cincinnati’s stunning 8-6 win over the Buckeyes in 1896).

This contest could be closer than many expect. The Bearcats are coming off a 9-4 campaign that featured a defense ranked 14th in points against. Cincy’s D will need to be on-point against a Buckeye’s offense that put up a whopping 45.5 points per game in 2013.

After the “Ohio Bowl” is over, the Big Ten Network will take fans to Lincoln, Nebraska for a conference matchup between the Fighting Illini and the Cornhuskers.

Illinois is coming off a disappointing 2013 season that saw the club go 1-7 in conference play and 4-8 overall. One of the major issues was rushing. The Illini couldn’t move the ball on the ground (averaging only 139 per game) nor stop it on defense, allowing over 35 points per contest.

The other sideline will feature Bo Pelini. If a cat has nine lives then Pelini must be half feline. Screaming at his players, going ballistic on the sidelines, and underachieving on the field were just a few of the reasons it appeared the coach would get canned at the end of the 2013 season. But a 24-19 Gator Bowl victory over #22 Georgia may very well have saved his job.

A home loss to Illinois would no doubt rocket Pelini right back to his familiar and sizzling hot seat.

The last time the Fighting Illini saw Ohio State, it was mostly the backside of jerseys as the Buckeyes rolled up 60 points in Champaign. In 2012, Illinois surrendered 52 points to their conference foe. In fact, Illinois hasn’t knocked off the Buckeyes since 2007.

If Tim Beckman’s defense can’t improve on the 35.4 points per game it gave up last year, it could be another long evening for his blue and orange squad.

Other than the acquisition of television sets, the addition of Maryland still doesn’t make a whole lot of sense. A squad that struggled in the ACC will face a conference slate from October to November featuring Ohio State, Iowa, Wisconsin, Penn State, Michigan State, and Michigan.

The good news for a Terrapin offense that struggled to put up just 26.2 points per game in 2013 is that their November 15 matchup versus Michigan State is in College Park. The bad news? The Spartans gave up only 13.2 points per game last season, good for 3rd best in all of college football.

Other than the acquisition of television sets, the addition of Rutgers still doesn’t make a whole lot of sense. Wait … that sentence sounds familiar.

Much like Maryland, Rutgers struggled last season just to become bowl eligible. Only a season finale victory over South Florida propelled the Scarlet Knights into the Pinstripe Bowl where they lost to Notre Dame.

Even during Greg Schiano’s glory days in Piscataway, Rutgers never won a conference title in the underwhelming Big East. Considering the ball club lost last season to teams like the 3-9 Connecticut Huskies, it’s hard to imagine them upsetting either Penn State or Michigan at home.

As we talked about recently when ranking the top 10 opening night games of the 2014 season, Minnesota has a history of losing early season games to FCS foes. The Gophers lost at home in 2010 to South Dakota. The following year the squad suffered a home defeat to North Dakota State.

In comes Eastern Illinois on opening night, a team that just happened to open the 2013 campaign with a road victory over eventual bowl winner San Diego State.

For the first Friday night in about eight months there will be football on your television set. Isn’t that enough reason to watch?

Note: A previous version of this article omitted the Wisconsin-LSU game.

Even though it’s “neutral” I consider LSU-Wisconsin to be a home-and-home and this is the LSU leg. A great one, no doubt. But it would count as an SEC game in my book. If the Green Bay game is in primetime and the two programs haven’t fallen apart by then, that will make the B1G list for sure.

That should be a good game. I don’t think that is one of the prime time games though, I’m thinking noon start at the big house.

You said Rutgers never won a conference title in the underwhelming Big East… but they were co-champions just 2 years ago (in 2012).

Rutgers lost to Louisville, 20-17, they would have been Bug East champs if they won.

I cannot believe the MU-OSU game was left out!

A time for that game hasn’t been announced yet. Therefore, we couldn’t put it in a ranking of primetime games.

Game time has not been announced yet. This article only ranked the games that have been scheduled for Primetime.

UHHHHHHH……Bucks fan here, but um anyone by chance notice Mich effin State VS Oregon Sucks the 2nd game of the year?!???!??! Two top 10 teams doesn’t quite make the cut i suppose…haha, wow.

Yes, it’s been set for 6:30 on FOX. But it could have easily been a 3:30 national ABC or ESPN game. Article has to be based on games available at the time.

it doesn’t matter if MSU vs Oregon was played at 8:00 am eastern on Sunday. The game would still be in the top 3 of this list. C’mon man….

And Yes. Well aware of the ‘Primetime’ tag of the article. But c’mon man….really? Week 2 of a CFB year and you think there is any chance in holy horse nuts that MSU/OU isn’t a night game??? Its ridiculous to leave it off…OSU/MSU that was announced as Primetime being excluded for Nov totally understandable..But a non-conference top 10 game…no chance

“Article” is a joke. Absolute piss

Sorry you feel that way. Keep in mind it was written in April before more of the primetime matchups were officially announced.

The rating system sucks! Why doesn’t Ohio State play more games with TOP 25 teams. What? Two or three a year for a football factory!!?!? Pretty soft schedule and STILL no Championships lately……daaaa!!