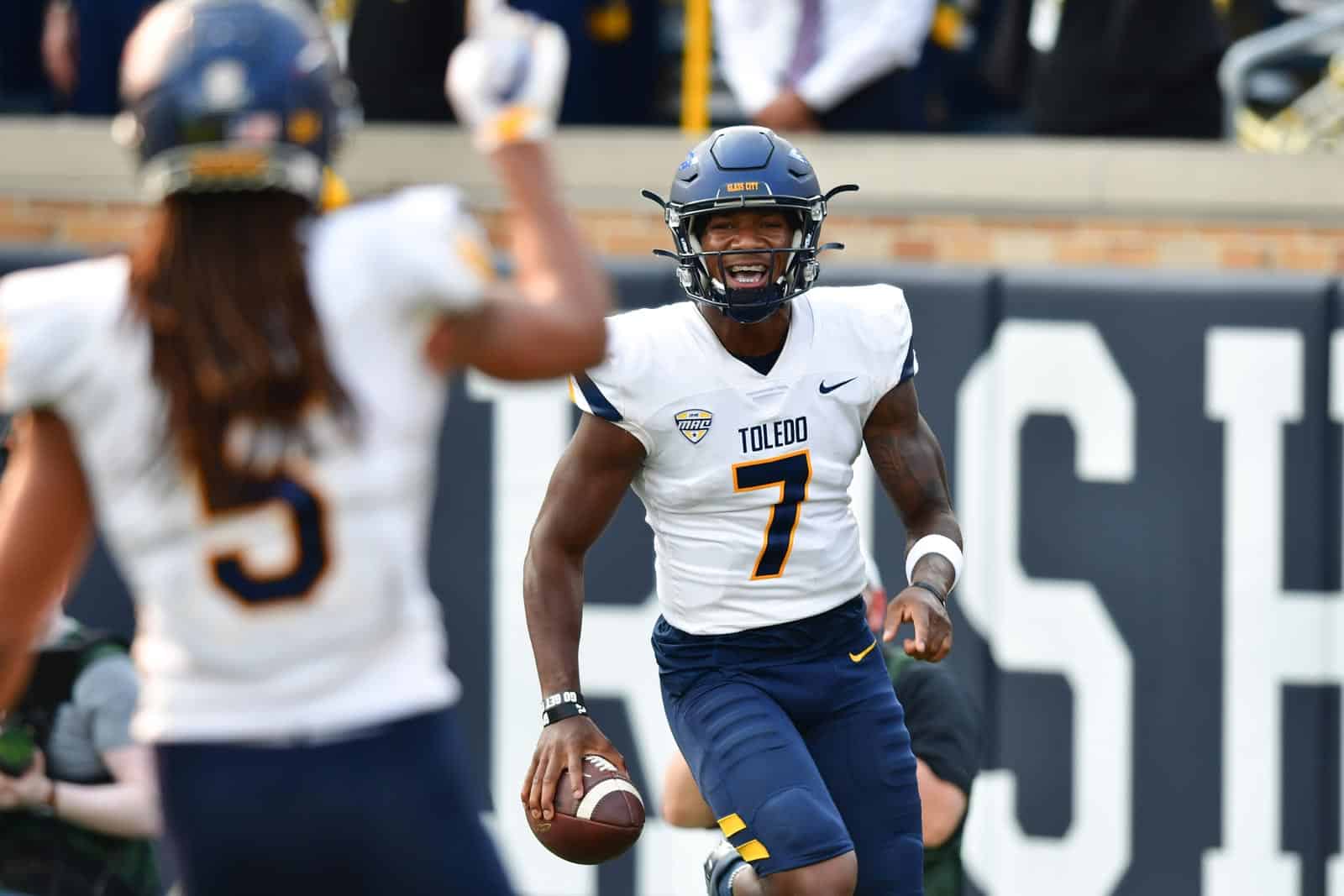 The Toledo Rockets will host the San Diego State Aztecs in 2026 and play at the Tulsa Golden Hurricane in 2029, FBSchedules.com has learned.

Toledo was scheduled to play both San Diego State and Tulsa during the 2020 season, but the games were canceled due to the COVID-19 pandemic. Copies of amendments to reschedule each game were obtained from the University of Toledo via a state public records request.

Toledo will host the San Diego State Aztecs at the Glass Bowl in Toledo, Ohio, on Sept. 26, 2026, per the copy of the amendment. With that game rescheduled, Toledo and San Diego State will now begin their home-and-home series on Saturday, Sept. 24, 2022 at Snapdragon Stadium in San Diego, Calif.

The 2022 contest between Toledo and San Diego State will mark their first-ever meeting on the gridiron.

Toledo will travel to play the Tulsa Golden Hurricane on Sept. 15, 2029 at H.A. Chapman Stadium in Tulsa, Okla. This contest is also part of a home-and-home series that began at the Glass Bowl on Sept. 16, 2017. The Rockets defeated the Golden Hurricane in that contest, 54-51.

Toledo and Tulsa have met three times previously on the gridiron. The Rockets currently lead the overall series 2-1.