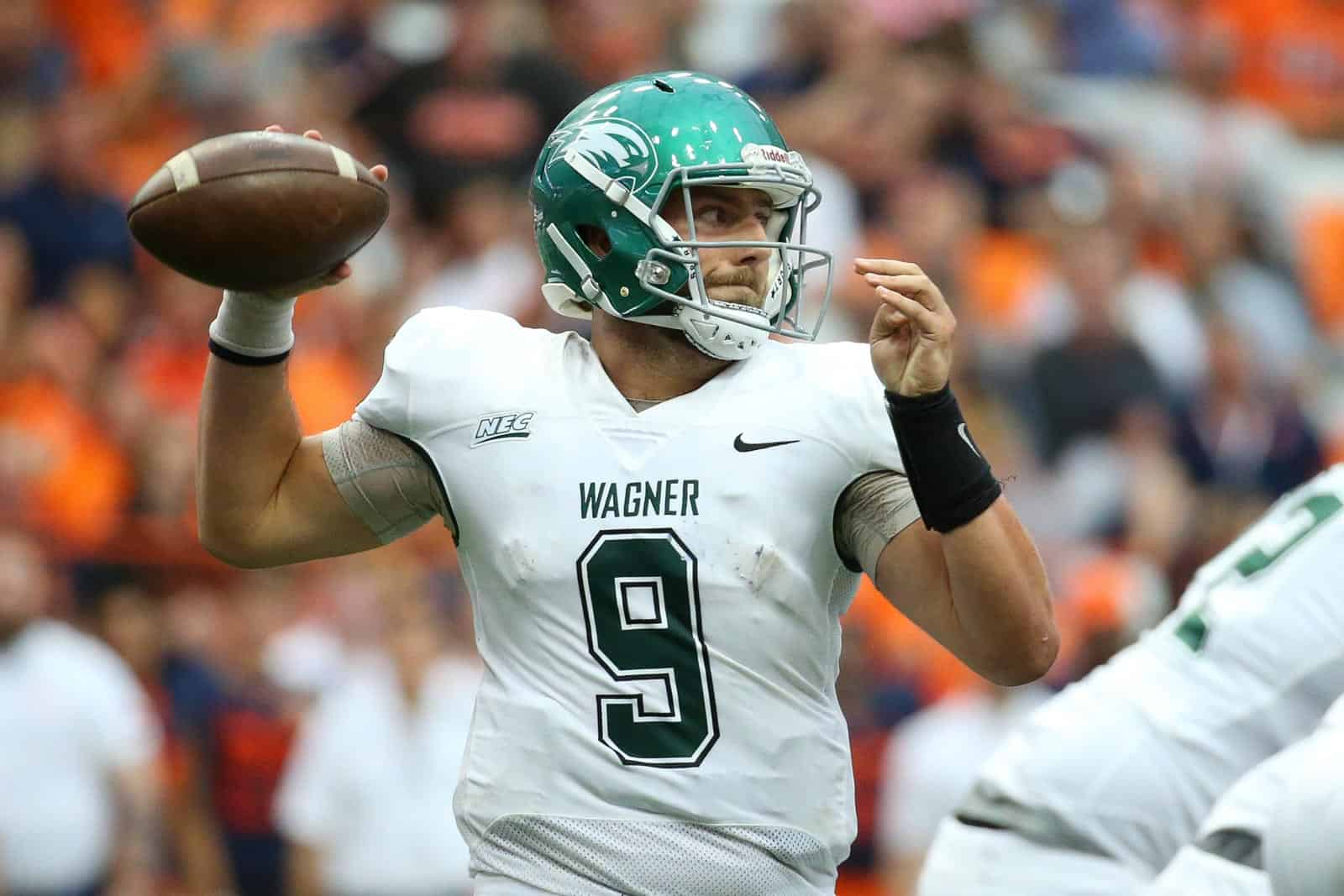 Due to the calendar in 2019 (14 Saturdays between the Thursday before Labor Day and ending with the final Saturday in November), Football Championship Subdivision (FCS) schools are allowed to schedule a 12th opponent if they desire under NCAA rules. FCS schools typically play an 11-game schedule most seasons.

If schools add the extra game, that likely means a fourth non-conference opponent. With the desire to have that game played at home or the lack of available teams, some schools dip down in to Division II or lower to schedule their opposition.

Several FCS schools are doing just that this season. One example is Stetson, who lined up games against three Division III schools for 2019 — Louisiana College, Western New England, and North Carolina Wesleyan.

And much to the chagrin of some of their fans, the Georgetown Hoyas scheduled a game against the Catholic Cardinals of Division III.

There are several other instances of this in 2019, and now we have learned of three Northeast Conference (NEC) football teams that have added contests against Division II opponents.

The Merrimack College Warriors are moving up to the Football Championship Subdivision (FCS) this season and will compete in the NEC. The Warriors will host the Franklin Pierce Ravens on Nov. 16, 2019, per FPU’s official website.

Franklin Pierce is a Division II team that competes in the Northwest-10 Conference. That’s the conference that Merrimack, and also Long Island, are moving from.

With both Merrimack and Long Island moving up to the FCS this season, they will likely add a few more opponents from Division II or lower.

The Kentucky State Thorobreds announced their 2019 schedule on Thursday, and it includes a game at the Robert Morris Colonials on Sept. 7 this season. Kentucky State is a member of the Southern Intercollegiate Athletic Conference (SIAC) in Division II.

The Wagner Seahawks will host the East Stroudsburg Warriors on Sept. 7, 2019, per the official website of ESU. East Stroudsburg is a member of the Pennsylvania State Athletic Conference (PSAC) in Division II.

The Wagner-ESU matchup gives Wagner five non-conference games in 2019. The other four opponents for Wagner that were previously announced include at UConn, at Stony Brook, at Florida Atlantic, and vs. Monmouth.

More non-conference contests will be discovered in the coming days and weeks. There are around 30 FCS schools that have yet to officially release their 2019 schedule.