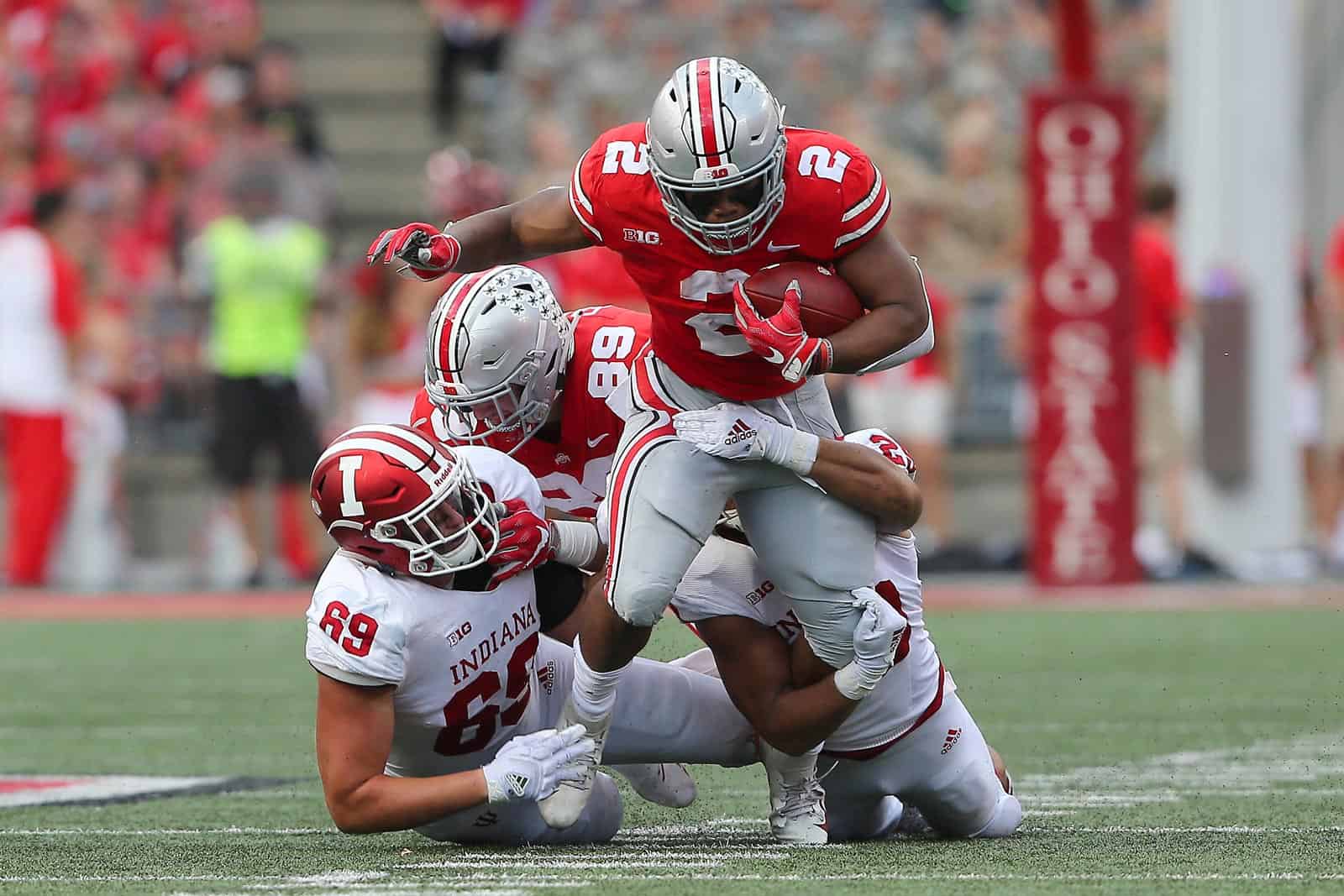 Kentucky’s historic win over Florida last season snapped a 31-game losing streak vs. the Gators that dated all the way back to 1986. While none of the programs listed below have waited as long or suffered as much as the Wildcats did, each has an opportunity to put an end to a long period of heartache.

Though in most cases far from sexy on the surface, if any of these matchups result in an upset, they’ll – like Kentucky-Florida in 2018 – retroactively be counted among the most memorable games of 2019.

The Boilermakers haven’t beaten the Badgers since 2003 when they marched into Madison as the No. 13 team in the nation and knocked off (14) Wisconsin 26-23. They also managed wins over (20) Wake Forest and (10) Iowa that season, ultimately finishing 9-4 after a close loss to (11) Georgia in the Capital One Bowl. Purdue was ranked No. 18 in the final AP that year, also the last time it finished a season in the Top 25. Wisconsin skidded to a 7-6 finish in ‘03, which other than an equal result in 2008 is the poorest record it’s achieved since.

The last time Rice upset Texas was 1994, also the second-to-last season of the old Southwest Conference. The Owls were unranked when they hosted the No. 12 Longhorns that year, squeezing out a 19-17 decision. They ultimately finished a disappointing 5-6, a mark that overshadows the fact that they were outscored by their ’94 opponents by only three total points – Rice’s 203 vs. their foes’ 206. Additionally, the Owls’ 4-3 record in conference play earned them a share of the SWC championship. Texas finished that season 8-4 and was ranked No. 25 after edging (19) North Carolina in the Sun Bowl.

Colorado is one of three schools on our list that have never beaten the opponent they’ve suffered a long series of losses to. The Buffs are 13-0 all-time against the Trojans, the first five meetings occurring during the regular season between 1927 and 2002 and the last eight all taking place since Colorado joined the Pac-12 in 2011. The Buffaloes have come within three points of beating USC twice: in 2000 (a 17-14 decision at the then No. 11 Trojans) and in 2015 (a 27-24 outcome in Boulder).

Miami hasn’t brought home the Victory Bell in its annual rivalry game with Cincinnati (the two schools are located a mere 40 miles apart) since 2005. The 44-15 blowout in Oxford also marks the most points the Redhawks have ever scored against the Bearcats in the 123-year history of the series. Miami finished 7-4 in ‘05, included was an impressive 34-14 loss at (6) Ohio State in the opener. Cincy sputtered to a 4-7 finish that year, the second and least productive campaign of the three-season Mark Dantonio era.

The last time Kansas upset Oklahoma was in 1997, also only the second year of the Big 12 conference. Those Jayhawks went 5-6, one win better than the Sooners, who finished 4-8 in what was the second of John Blake’s three painful seasons in Norman. The closet Kansas has come to snapping the streak was in 2008, when they fell 45-31 at Oklahoma. That was also the last time the Jayhawks finished a season with a winning record, posting an 8-5 mark. They’ve gone 23-97 since.

The Commonwealth Cup hasn’t been a resident of Charlottesville since 2003. Those Cavaliers hosted the then No. 21 ranked Hokies and won 35-21. The team was led by senior quarterback Matt Schaub, who went on to lead the NFL in passing yards with the Houston Texans in 2009. Virginia Tech was ranked No. 9 in the preseason AP in ’03 and soared to No. 3 after a 6-0 start only to finish unranked after dropping five of its last six. Virginia has fallen a field goal short of beating the Hokies four times in the last 15 tries; a 34-31 decision last season in Blacksburg, a 23-20 home loss in 2015 and a pair of 17-14 road defeats in both 2012 and 2008.

Indiana is on the wrong end of both of the longest streaks on the line in 2019. Though they did manage a 27-27 tie in 1990, the Hoosiers haven’t upset Ohio State since 1988, a 41-7 triumph over an unranked Buckeye team in Bloomington. That was also the last season Indiana finished in the final AP poll, coming in at No. 20 after achieving an 8-3-1 record. OSU sputtered to a 4-6-1 mark that year, also the fourth-worst finish in program history. Indiana came within three points of snapping the streak as recently as 2012, losing 52-49 at home.

The last time the Hoosiers upended Michigan was in 1987, just one season before they managed their most-recent win over the Buckeyes. Indiana was 6-1 and ranked No. 15 in the AP coming into the game, a run that included a 31-10 win at (9) Ohio State two weeks earlier. After edging the Wolverines 14-10 in Bloomington the Hoosiers climbed all the way to No. 11 in the AP, their highest single ranking other than the historic No. 4 finish in 1967.  After going 2-2 down the stretch and dropping a close game to (17) Tennessee in the Peach Bowl, they fell out of the rankings for good. Michigan rebounded from the loss and finished 8-4 and No. 19 in the final AP after beating Alabama in the Hall of Fame Bowl. Indiana has come within a field goal of ending the streak twice; a 36-33 decision in Ann Arbor in 2009 and a 34-31 loss at home in 1999.

I was at that SJSU/Boise State game in 2006 (not 2005), and BSU won on a last-second field goal. That was the year BSU won the Fiesta Bowl over Oklahoma.