The six keys to winning the CFB Playoff National Championship 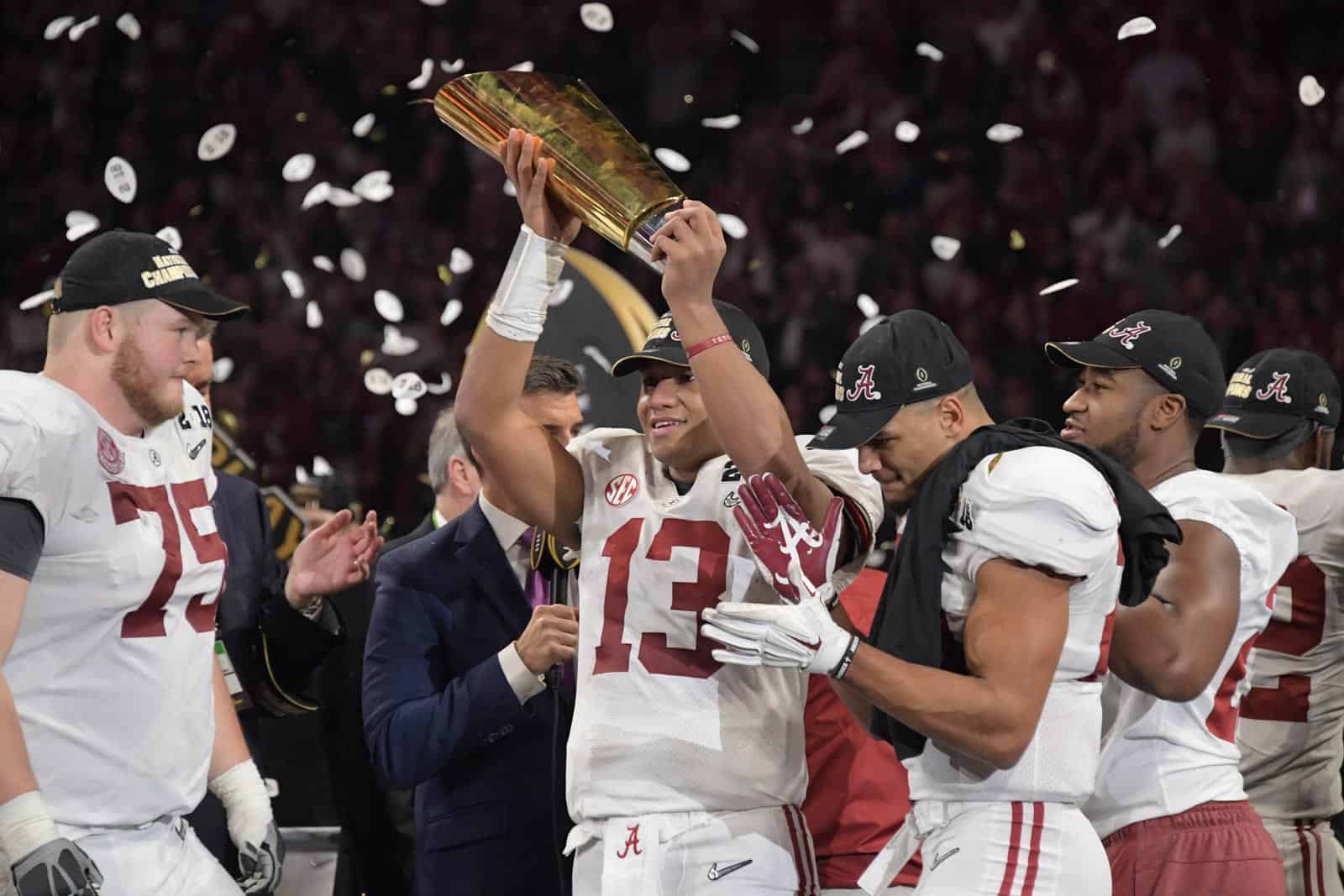 Monday night marks the fifth time in history that the CFB Playoff scheme ultimately decides which team gets crowned the national champion.

If nothing else, year five means we have four years of numbers to look back on. And while statistics certainly don’t tell the whole story of what happened on the field, they also never lie.

Comparing the in-game resumes of each of the eight teams that participated in the first four title contests highlight the statistical DNA shared by the winners.

While some of the results may seem obvious, surprisingly absent are big hitters like turnovers, passing attempts vs. rushing attempts, first downs, and sacks allowed.

Penalties are one of only two major statistical categories where 100 percent of the past four champions performed better than their opponent.

It’s something that’s not true of the other major “mistake” indicator – turnover margin. In fact, only two of the last four champions won the turnover battle in the title game. Alabama went +1 in both of its CFB Playoff title runs in 2015 and 2017 while Ohio State went -3 in its 2014 win and Clemson went -2 when it won it all in 2016.

Penalty yards, on the other hand, are a 100 percent shared indicator of success.

Complete a Higher Percentage of your Passes

The only major offensive statistical category that each of the past four champions have shared success in is pass completion percentage. Where only 50% of the four winners completed the most first downs and 50% earned the most rushing yards, 100% completed more passes than their opponent in the title game.

Intriguingly, there have only been two 100-plus yard rushers in the brief history of the CFB Playoff National Championship game, and both played for the winning team.

The closest any back has come to the 100-yard mark since was Bo Scarbrough who rushed for 93 yards in Alabama’s 35-31 loss to Clemson in 2016 and Sony Michel who was just two-yards shy with 98 in Georgia’s 26-23 overtime loss to the Tide last season.

Each of the past four champions apart from last year’s Alabama team has won the battle of third-down conversions in the title game.

Win the Time of Possession Battle

As was the case in third-down conversions, Alabama’s 2017 team is the only CFB Playoff Champion who did not have the ball for the biggest portion of the title game. This was true even though Georgia (who finished 2017 ranked No. 9 in the FBS in rushing yards a game – averaging 258.4) rushed for a very un-Bulldog like 133 yards.

Actually the formula is as followed:
1. Either be a team who plays an easy schedule and is an item of favoritism for the committee each week.
2. Don’t win your championship because that doesn’t appear to be a factor when it comes to final four.
3.

I think your 3. blank commit says it all, keep up the good work Carl.