The 9 most watched regular-season college football games in 2019 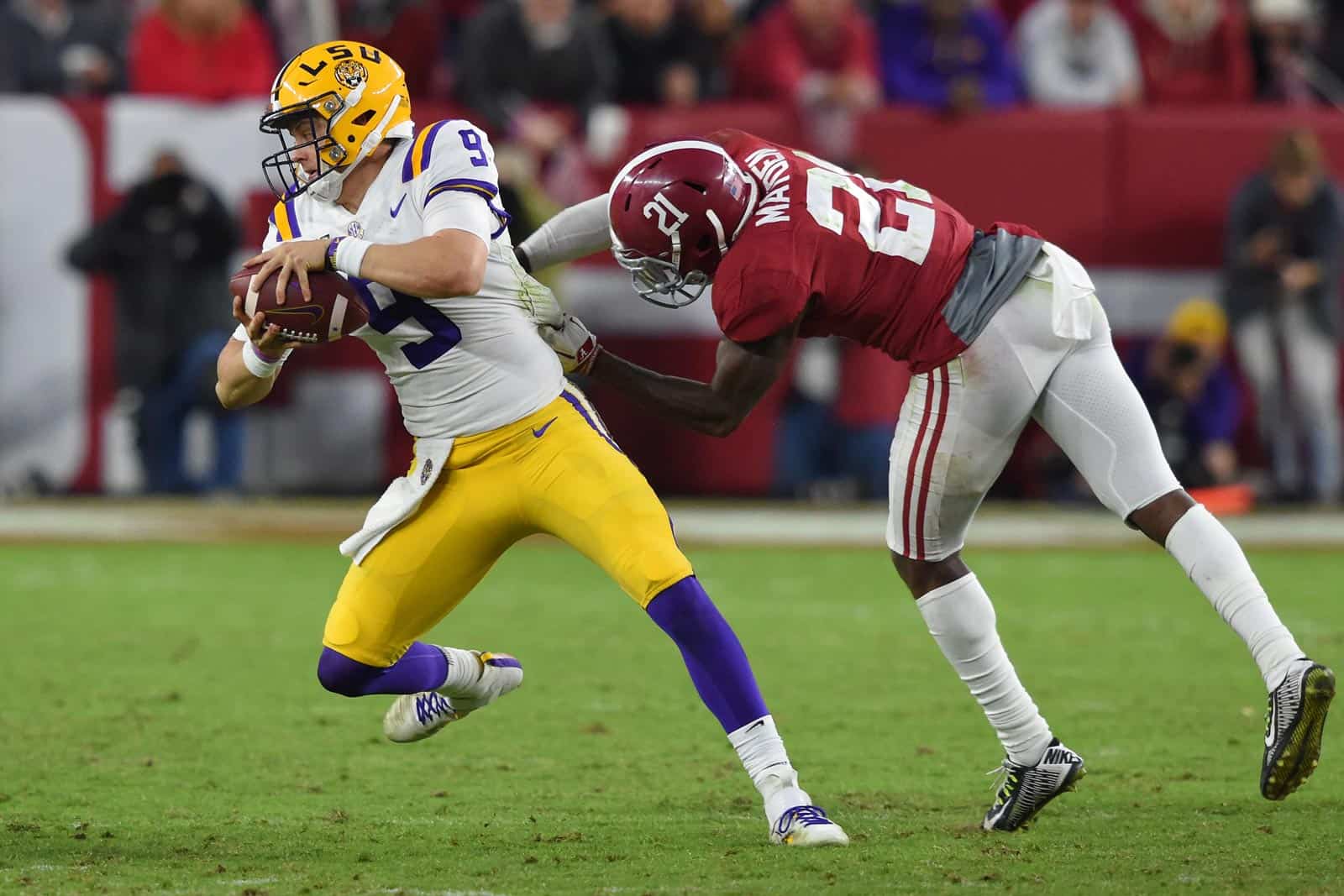 If you’ve ever wondered how many people tune in to watch college football, Sports Media Watch is for you.

According to the site’s TV ratings, only nine of the approximate 1,560 regular-season games played at the FBS level in 2019 drew seven million plus viewers last season. To put that benchmark into perspective, more people tuned in to the nine highest-drawing regular-season games than the total number of viewers that watched both the Pac-12 championship (5.86 million) and the ACC title game (3.97 million).

Of the 18 teams featured in the nine most-viewed games, a whopping eight (or 44%) are SEC members. After that, it’s the Big Ten with four representatives and the Big 12 with three. That leaves the Independents with two and the American Athletic with a single member mentioned. The ACC and Pac-12 aren’t in the mix.

By month, four of the nine games (including the top four most watched contests) were played in November, two each were played in September and October, and just one was played in December.

Four of the nine games were played at Noon EST. Of the remaining five, three were played in the mid-afternoon and only two aired during prime-time. None were played on a day other than Saturday.

Eight of the nine games featured two teams which were ranked at game time. Six were played between members of the Top Ten.

By network, CBS had the call on five of the nine games, FOX carried three, and ABC lagged well behind with just one such game on offer. It’s an intriguing reflection on the ESPN family of networks.

One of three SEC league games to make the list, Auburn was the third of LSU’s seven opponents that were ranked in the Top Ten at game time. LSU was 7-0 coming into the Week 9 contest while Auburn was 6-1, losing 24-13 at (10) Florida two weeks earlier.

The only Big 12 conference game to make the list, this matchup is also one of only three that didn’t feature two Top Ten teams. The Longhorns were 4-1 coming into Week 7 (they lost to LSU in Week 2) while the Sooners were 5-0.

This is the only matchup listed that (1). Didn’t feature two Power opponents and (2). Included an unranked team. Army-Navy’s viewership numbers are boosted by the historical nature of the rivalry, the patriotic pageantry and the fact that it’s the only FBS game played between conference championship weekend and the kickoff of bowl season.

LSU-Texas was the most viewed game during the first three weeks of the 2019 season. Its closest rivals were (11) Oregon vs. (16) Auburn (which drew 6.86 million viewers in Week 1) and (12) Texas A&M at (1) Clemson (which drew 6.46 million earlier the same day the Tigers and Longhorns clashed).

No other matchup in Weeks 1 through 10 drew more viewers than did Week 4’s clash between Notre Dame and Georgia. It was also the most watched non-conference regular-season game of 2019.

The Week 13 visit from Penn State marked the first time Ohio State played a member of the Top 10 in 2019. The Buckeyes were 10-0 coming into the game while the Nittany Lions were 9-1, falling 31-26 at (13) Minnesota two weeks earlier.

The Iron Bowl comes in at a strong No. 3 despite neither team being undefeated coming into the game – Alabama had one loss and Auburn had three. It was also played on the same day as the Ohio State-Michigan matchup (which aired three and a half hours earlier on FOX).

Approximately one million more viewers tuned in to watch Ohio State-Michigan than Alabama-Auburn. The Buckeyes were 11-0 coming into the game while the Wolverines were 9-2.

The most watched regular-season game of 2019 came 570,000 viewers short of outdrawing the LSU-Oklahoma matchup in the CFP Semi-Final (Peach Bowl), which attracted 17.21 million viewers. This year’s annual clash between the Tigers and Crimson Tide picked up 5.1 million additional viewers vs. its 2018 total of 11.54 million.

It was a horrible year for ACC football – both in terms of poor quality (the worst in decades) and matchups (really no must-see games in 2019). I’m confident that will change in 2020 – if nothing else, Clemson at Notre Dame should be a candidate for the top 10, with a bunch of top 25 matchups possible if teams like Virginia Tech, Florida State and UNC don’t choke early (always a danger!).

Surprised Penn St-Minnesota isn’t on here. Both were undefeated at the time of playing, and since it was at noon, it effectively served as the lead-in to LSU-Alabama.