The 6 most intriguing college football coaching matchups in 2019 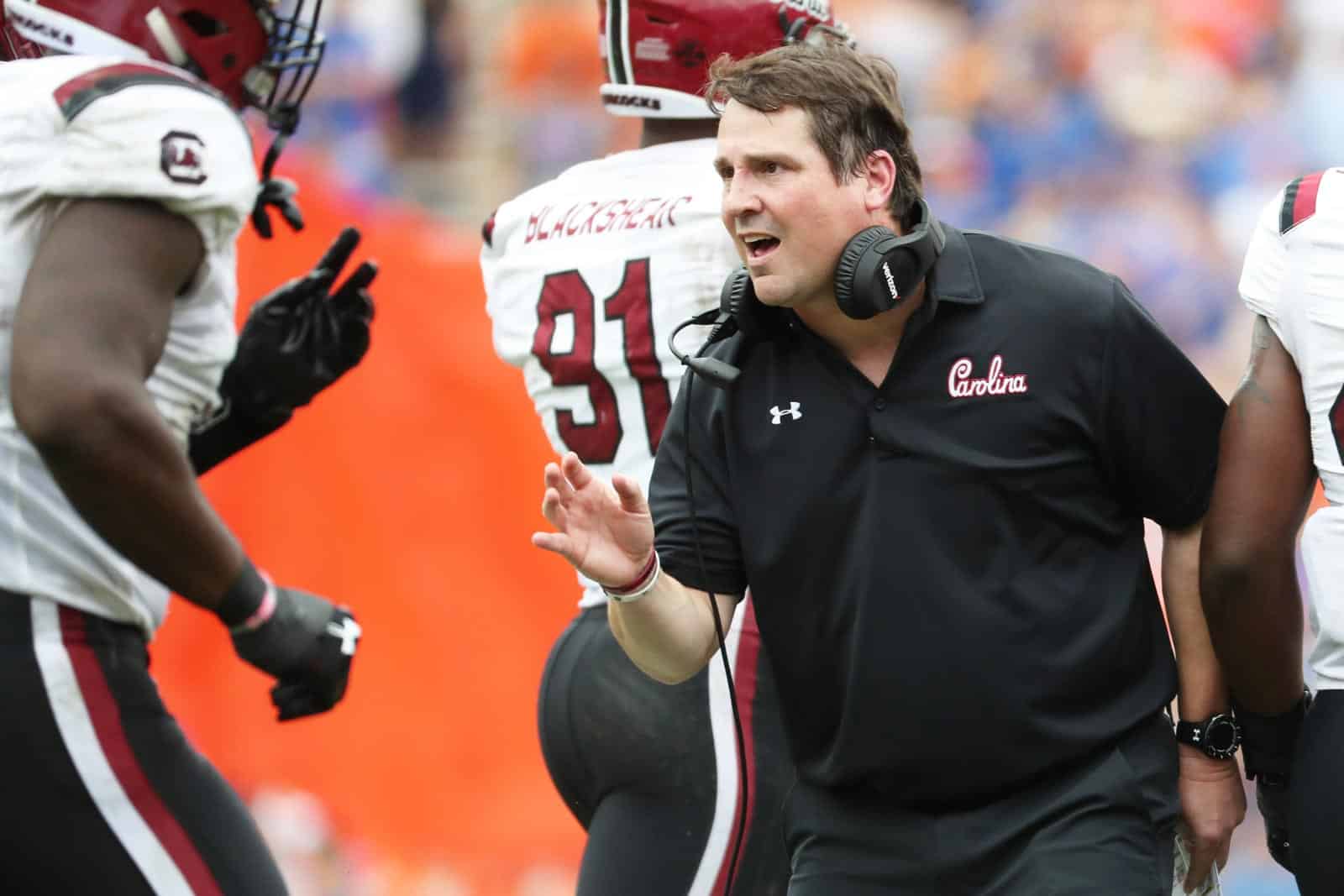 With approximately 1,560 games on tap and 22 new head coaches, this season’s version of the FBS offers an almost endless number of sub-story lines involving leadership. Here are six of the best.

Who else remembers when former Texas AD DeLoss Dodds got up in front of the press in November of 2008 and announced that then Longhorn defensive coordinator Will Muschamp was the “heir apparent” to then head coach Mack Brown?

Speed forward two years to December of 2010 and Muschamp abdicated the throne at Texas and instead took the head job at Florida. He lasted four seasons in Gainesville, ultimately ousted after posting a 28-21 record. Meanwhile, Brown resigned from his job at Texas in 2013. Muschamp resurfaced as the DC at Auburn in 2015 and took the head job at South Carolina in 2016. As for Brown, he served as an ESPN commentator until taking the North Carolina job (for the second time in his career) for the 2019 season.

And that sets up this year’s super interesting matchup between the heir-apparent-that-never-was vs. his former monarch in the season opener. The only other time the two have met as coaches was the 2002/03 Cotton Bowl, Brown as Texas’ head man and Muschamp as the DC at LSU, the Longhorns won that one 35-20.

Ryan Day signed on with Ohio State in 2017 as the OC, the same season that Luke Fickell left his role as the Buckeyes’ DC to take the head job at Cincinnati. Though their paths didn’t cross in Columbus, they’ve both served as Ohio State’s interim head coach – Fickell for the entire 2011 season and Day for the first three games in 2018.

This matchup gives Fickell the opportunity to knock off his alma mater and become the first “other” Ohio based program to upset the Buckeyes since 1921 when Oberlin College beat OSU 7-6. It’s also a key game early in Day’s career in Columbus – as in don’t get off to a very wrong start with a Week 2 loss to “smaller school” that also just so happened to go 11-2 last season (including wins at UCLA and vs. Virginia Tech) and finished No. 24 in the AP.

Could this be a case of Ohio State’s present head coach taking on its future head man?

Far from a first-ever coaching clash, this matchup will always be interesting given it’s between leaders of powerhouse programs with lots of history and several championship rings. Jimbo Fisher and Dabo Swinney met eight times while Fisher was the head man at Florida State, each winning on four occasions. Swinney went ahead in the ongoing series last season, Fisher’s first at Texas A&M, scoring a memorable 28-26 win in College Station. Of the nine total meetings, both of their teams have been ranked on six occasions and only once (in 2010) has neither of the two been in the Top 25 at game time.

These two offensive innovators go way back, to 1991 when Mike Leach was the OC at Iowa Wesleyan and coached Dana Holgorsen the player as a wide receiver. The two crossed paths again at Valdosta State in 1993, Leach as OC and Holgorsen as the QB/WR coach. Next was seven seasons at Texas Tech (2000-07) when Holgorsen slowly rose through the ranks to become Leach’s OC.

Leach and his protégé have never met as opposing coaches. Though this is Holgorsen’s first season at Houston, his former employer West Virginia and Leach’s present program Washington State have both finished in the top 15 nationally in passing yards four of the last seven seasons.

After Lou Holtz left Notre Dame in 1996, Bob Davie moved up from his role as DC to head coach. After five seasons of high expectations and a 35-25 record, Davie was out, setting up a string of other coaches that couldn’t get the Irish back into national contention. Then came Brian Kelly, who’s nine seasons in South Bend and 81-34 record (70.4%) are the closest (in recent years) to achieving what Holtz managed in his 11 years at the helm (100-30-2, 76.5%).

Davie, like Mack Brown, spent several years – 11 in his case – talking about football on ESPN as opposed to coaching it. In 2012, he re-emerged on the sidelines as the head coach at New Mexico. There he’s taken a program that went 3-33 from 2009-11 to two bowl appearances including winning the MWC Mountain division title in 2016.

Though it’s highly unlikely that the Lobos will shock the world and upset the Irish, this game is an opportunity for Davie to make Notre Dame fans wonder what could have been had they not been tempted by the fruits of George O’Leary, Tyrone Willingham, and Charlie Weis.

Les Miles’ triumphant return to the college football coaching ranks comes at Kansas, a program that hasn’t won more than five games since 2008. It’s a far cry from his previous stop at LSU where he went 114-34 from 2005-16 including winning a national title in 2007. Before that, Miles was at Oklahoma State, taking a team that went 13-20 from 1998-2000 to a 28-21 mark from 2001-04. His OC during the entire stretch was none other than current OSU coach Mike Gundy, who took over for him in Stillwater when he left for Baton Rouge and has been going strong ever since (121-59).

The two also crossed paths at Oklahoma State earlier, in 1995, when they both served as offensive assistants. The only time they’ve coached on opposite sidelines came in 1996, when Miles was the OC at Oklahoma State and Gundy was in his single season as an assistant at Baylor.

Good article Amy thank you for this.