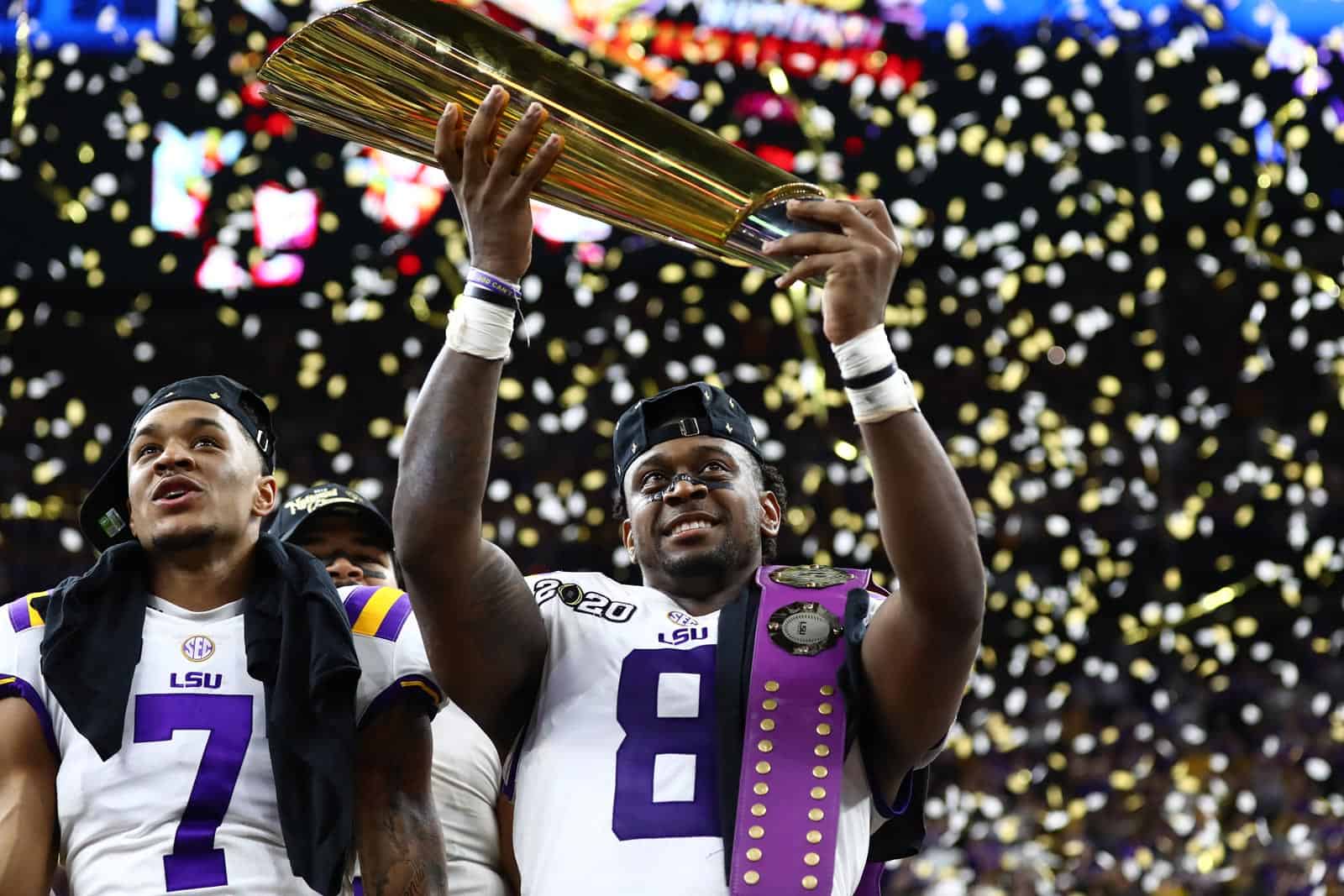 As we enter another week of unprecedented news in the world of college football scheduling, something bigger is beginning to take shape on the radar.

The Big Ten and Pac-12 aren’t playing non-conference games. ACC members will square off with ten league opponents plus one non-conference foe that must be met in the ACC team’s home state. And, Notre Dame, the fully independent yet quasi-ACC member, has decided to, this season only, become a full-fledged ACC school. The Irish can play for a conference title. That leaves the SEC – it will play a ten-game league-only schedule that won’t kickoff until September 26 – and the Big 12, which will play its nine-game conference slate plus one non-league opponent at home.

It all adds up to a huge swirl of confusion. And even if we can get our heads around who is playing who and when and where they’ll meet, there is a perilous bridge that will eventually have to be crossed.

Come December, regardless of how it all plays out, the College Football Playoff committee will meet and decide which four teams (out of 130 FBS members, or three percent of the field) will earn a coveted spot in the mini-bracket designed to crown a national champion.

Even in a perfect year, it’s a fraught process. Is one team’s perfect record – in an easier league – better than a one-loss club from a tougher conference? What about programs that boldly booked stiff competition outside of their league home while other’s under-scheduled? Are conference champions from weaker conferences less accomplished than runners up from stronger leagues? What about teams that have beaten other ranked teams head-to-head, on a football field, but are still ranked lower?

The committee’s approach to the turmoil is relying on a protocol that includes four pillars: Championships won. Strength of schedule. Head-to-head competition (if it occurred). Comparative outcomes of common opponents.

While this methodology is far from infallible, it has worked, or at least we’ve been programmed to accept that it has. Or that at least it’s better than its predecessor, the evil BCS scheme.

In 2020, all bets are off because the protocol, like so much else in our lives, has been compromised, altered, spun in a different direction.

Comparing college football schedules has never, ever been an apples-to-apples comparison. That said, if from 2016-19 the committee was comparing apples and oranges, in 2020 its more like apples and donuts. Or chicken wings.

What does College Football Playoff executive director Bill Hancock have to say about it?

This year will be different. Golly, it will be challenging. But the committee is built to handle it. The fundamental mission has not changed – that is, rank the best four teams based on the schedule that the conferences play. And that is why the committee comprises these 13 football experts.

When asked “how would the committee evaluate teams that are only able to play six games versus teams that play nine this season?” Hancock stated,

They can tell…They can discern. ‘Hey, they’re good.’ That’s why we have a committee. If this were simply a data-driven system, I’d have my doubts. If there wasn’t a human committee, I wouldn’t be as confident as I am.

In other words, they’ll use the eye test.

While it’s hard to fault Hancock, who’s been tasked with answering questions that don’t have any answers while the landscape of the sport is literally changing on a minute-by-minute basis, his words are frightening.

Here’s an alternate translation, “Since our rules have been compromised by unforeseen circumstances, we can do whatever we want. If we analyze a team’s resume and collectively agree “Hey, they’re good” then they’re in. PS – Given that one of our goals, as a business (because that’s what we are), is to generate income – goodbye underdogs (who don’t have a national fanbase and the associated viewership) and hello the most popular girl in junior high school.”

Humans are subjective beings. Therefore, it’s not so much that the committee would ever intend to make a biased decision, it’s that a decline in set guidelines (that govern a decision to protect fairness) can naturally compromise impartiality.

Who should worry about the eye test: Every other team in the FBS.

Compare this to, let’s say, Michigan State. The Spartans are set to play their fellow members in the Big Ten East (Ohio State, Penn State, Michigan, Indiana, Maryland, and Rutgers) and draw Northwestern, Iowa, and Minnesota from the West.

If both teams run the tables, and win their conference championship games, along with – let’s imagine Alabama, Oklahoma, and USC – who gets left out of the bracket?

In an “eye test” it would be Michigan State.

What’s even scarier is what it could potentially mean for the future of major college football.

What if the committee doesn’t relinquish the more subjective leeway it will be granted this season? What if, as opposed to being unprecedented, that the 2020 season establishes precedents that make it even more difficult for the Oklahoma State’s and Virginia’s of college football to win a national title?

Seems like they will need to pick four conference champions. Look at the four criteria they are supposed to consider:

Championships won – there will be a conference champion.

Head-to-head competition – can only occur in-conference.

The only objective criteria they will have is who won a conference. I suppose they could objectivity include, for example, a one-loss Oklahoma team over a two-loss Texas team in the unusual outcome whereby undefeated Oklahoma wins in the regular season, but Texas gets into the Big 12 championship game with two losses and wins it, but then the Big 12 might be the power conference that gets left out.

Seems like it’s four conference champs, and then they have to rely on the eye test to figure out which four.

If all Big 5 conference play their full 10 game schedules will there be 4 easy conference champs to choose and one upset 3 loss conference champ that is easy to exclude? I doubt it. The committee will earn their money this year, if not their frequent flyer miles.

PS Hopefully the eye test only starts when the teams start playing. Talking about before games are played is talking about what I call “Branding” which is only sometimes accurate. Even on a site dedicated to football schedules wait to discuss the eye test. It is funny but this COVID 10 conference game schedule is actually the fairest schedule ever in the history of college football because teams in 4 of the major colleges will not choose and pay their opponents.