The 10 most expensive college football tickets in 2019 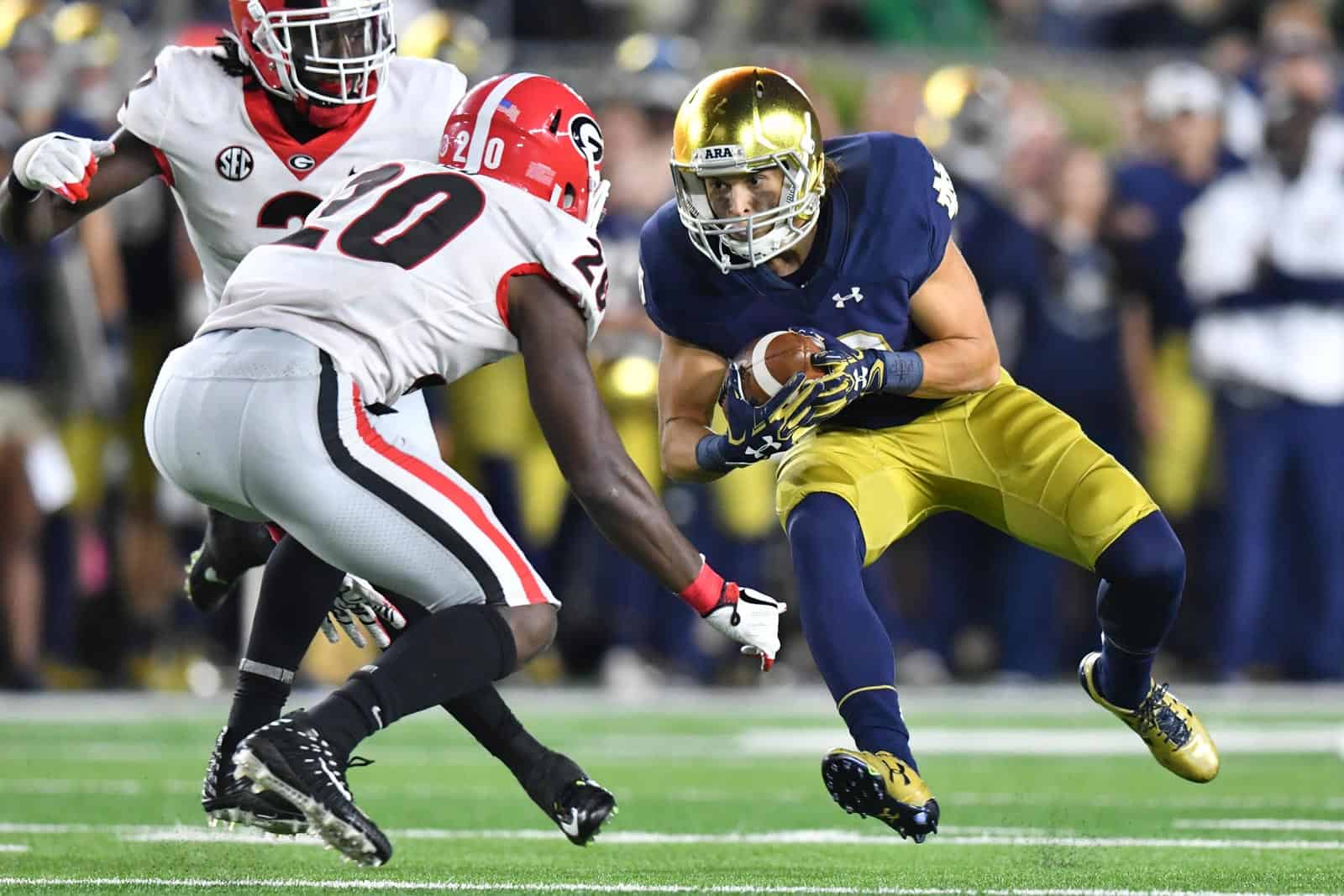 The 2019 college football season kicks off on Saturday, August 24 with four contests. One of those contests, Florida vs. Miami, is among the ten most expensive college football tickets this season.

All ten of the most expensive college football tickets this season start at just over $200 per ticket just to get into the stadium.

Below are the 10 most expensive college football tickets in 2019 via StubHub (not including fees and shipping; prices as of Aug. 23):

The annual battle between rivals Ohio State and Michigan closes out their regular-season and typically plays a big role in who goes to the Big Ten Championship Game. The Buckeyes defeated the Wolverines last season in Columbus, 62-39.

The USC Trojans and the Notre Dame Fighting Irish meet for the 88th time this season, and the contest will be featured in prime-time on CBS. Notre Dame has won two consecutive games in the series, 49-14 in 2017 in South Bend and 24-17 in 2018 in Los Angeles.

The Iron Bowl between the Alabama Crimson Tide and the Auburn Tigers is annually one of the most anticipated games in college football. Last season in Tuscaloosa, Alabama crushed Auburn 52-21.

Montana and Montana State battle annually for the Great Divide Trophy. It’s the only Football Championship Subdivision (FCS) on this list. Last season, Montana State rallied from a 22-0 deficit to defeat Montana 29-25 on the road.

The Iowa Hawkeyes and the Iowa State Cyclones meet for the Iowa Corn Cy-Hawk Trophy in Ames. Iowa has won four straight in the series that began in 1894.

The Florida Gators and Miami Hurricanes square off in the 2019 Camping World Kickoff at Camping World Stadium in Orlando, Florida. The two schools last met in 2013 in Miami Gardens and recently scheduled a home-and-home series for the 2024 and 2025 seasons.

Interest is high in this former Big 12 matchup. This is the second game of a four-game, home-and-home series that began last season with Colorado edging Nebraska 33-28 in Lincoln. The two schools will also meet in Boulder in 2023 and in Lincoln in 2024.

The 2019 AT&T Red River Showdown will mark the 115th meeting between Oklahoma and Texas on the gridiron. Texas defeated Oklahoma in last season’s Red River Showdown, 48-45, but Oklahoma got revenge in the Big 12 Championship Game, winning 39-27.

The LSU Tigers travel to take on the Texas Longhorns in Austin for the first time since 1954. LSU and Texas met most recently in the 2003 Cotton Bowl.

The Notre Dame Fighting Irish make their first-ever appearance at Sanford Stadium in Athens, Georgia, this season. Georgia defeated Notre Dame two seasons ago in the first game of the home-and-home series, 20-19. Their only other meeting was in the 1981 Sugar Bowl, which Georgia won 17-10 to capture the national championship.

Ten college football games that almost made the list:

If this continues, we will not have football as we know it today. They have already priced me out of the market. Now with the ACC network and having to pay extra to Spectrum to watch games, its really getting ridiculous. More & more people will be leaving the game. Don’t get me wrong. I love College football as much as anyone but just can’t afford it any more.

Agree. Better to sit in the sports bar/grill, drink good beer, have decent food, not get rained/snowed on, not have people constantly standing up in front of you, not having people walking in aisles in front of you, not having to get to the game to pay horrendous parking fees, see up-close action on the screen, see instant replays, and not have to walk 40 yards to stand in line at the bathroom. There are more; those are the main ones.

Fair point. Fortunately my family has season tickets to Stanford games, but when some tickets are more expensive than some NFL games it’s getting ridiculous.