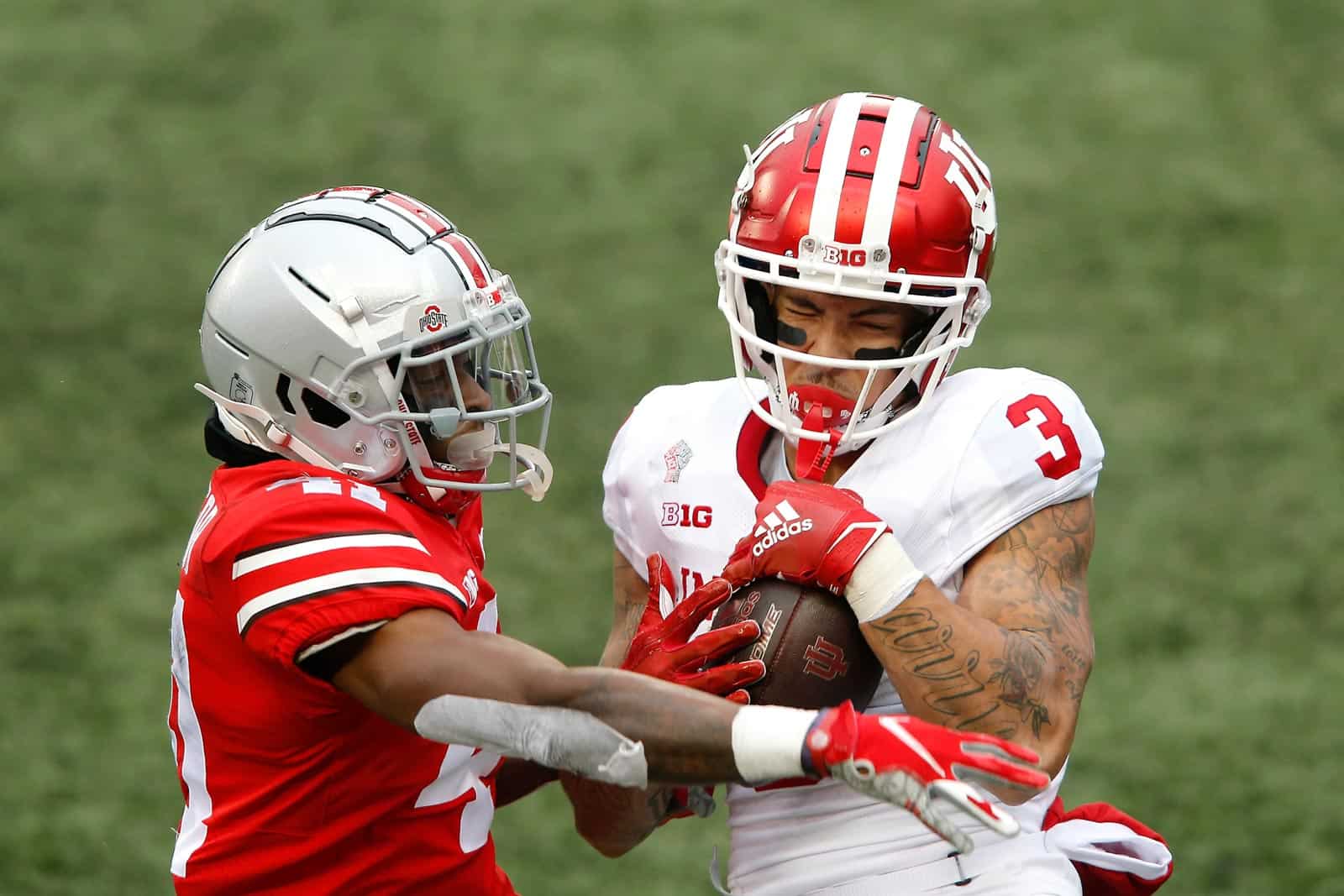 Of the approximately 1,400 matchups between FBS teams on tap for 2021, a mere 25 feature one team that has beaten the other at least ten times consecutively. Of these, an elite ten victors have won 13 or more straight.

Each of these rare pairings has the potential to become among the most dramatic and long-awaited outcomes of the season.

And the candidates for the “shock the world” game of 2021 are:

Mississippi State hasn’t beaten Alabama since 2007 when the unranked Bulldogs toppled the (21) Tide 17-12 in Starkville. For State, it was part of an 8-5 campaign (the only winning season in the Sylvester Croom era) that ended with a win over UCF in the Liberty Bowl. For Alabama, it was the first season with Nick Saban on the sidelines – a 7-6 finish including a victory over Colorado in the Independence Bowl. It also marked the last time that the Tide failed to post double-digit wins and wasn’t mentioned in the AP final Top Ten. The current streak is nine-games short of the longest in series history, a 22-game run by Alabama from 1958-79.

The Razorbacks haven’t bested the Tide since 2006 when they escaped with a narrow 24-23 win at home. The Hogs went 10-4 that season (the high point of Houston Nutt’s time in Fayetteville) on the back of sophomore running back Darren McFadden who rushed for 1,647 yards. Despite dropping their last three games (to No. 6 LSU, (4) Florida in the SEC title game and (6) Wisconsin in the Capital One Bowl) they were No. 15 in the final AP. For Alabama, it was part of a 6-7 run that ultimately ended the Mike Shula experiment in Tuscaloosa. The 13-game winning streak is the longest in series history, the beginning of which marked a turning point in competitiveness – Arkansas posted an impressive 7-5 record vs. the Tide from 1995-2006.

Not only has Rutgers not beaten Penn State since 1988 it’s only beaten the Nittany Lions twice in history, PSU holding a commanding 29-2 advantage all time. Since the Scarlet Knights didn’t join the Big Ten until 2014, it also means that they’ve never beaten the Nittany Lions in Big Ten play. Both programs were independents in 1988 – Rutgers traveling to then (15) Penn State and scoring a 21-16 upset victory. Both teams finished the season 5-6. For PSU, it was the fourth-poorest finish in the Joe Paterno era. If the Nittany Lions score another win this season, they’ll tie the longest winning streak in series history, a 15-game run from 1950-87.

Purdue hasn’t bested Wisconsin since 2003, also the last time the Boilermakers earned a spot in the final AP Top 25. That squad went 3-3 vs. ranked opponents – winning at (20) Wake Forest, at (14) Wisconsin and vs. (10) Iowa and losing at (13) Michigan, at (4) Ohio State and vs. (11) Georgia in the Capital One Bowl. The 9-4 mark was the 12th-best finish in program history. Wisconsin skidded to a 7-6 mark that season, the third to last in the 16-year Barry Alvarez era in Madison. The current winning streak is the longest in series history.

One of only two non-conference matchups on our list, Rice hasn’t beaten Texas since the second-to-last season of the old Southwest Conference. The year was 1994 and the Owls hosted the (12) Longhorns and shocked the world with a 19-17 win. After getting blanked 7-0 at (6) Texas A&M the next Saturday, Rice lost three of the last five to finish 5-6 in Ken Hatfield’s first season as head coach. For Texas, it was one of four losses (two to unranked foes) in an 8-4 campaign mid-way through John Mackovic’s tenure. The longest streak in series history was a blistering 28-game run by the Longhorns that lasted from 1966-93. President John F. Kennedy referenced the matchup in his “We choose to go to the Moon” speech – given at Rice University – comparing the challenge of propelling humans into outer space to the unlikelihood of the Owls beating Texas.

But why, some say, the Moon? Why choose this as our goal? And they may well ask, why climb the highest mountain? Why, 35 years ago, fly the Atlantic? Why does Rice play Texas?

USC-Colorado is the only pairing on our list where one team has never lost to the other. The Trojans are a perfect 14-0 all-time vs. the Buffaloes, including a glistening 10-0 mark in Pac-12 play. After losing the first three games in the series by a total of 81-7, Colorado came within three points of beating USC (17-14) in the pairs’ fourth-ever meeting in 2000. The rare near-miss was equaled in 2015 – a 27-24 win for the Trojans – tying the narrowest margin of victory in the series.

Tennessee hasn’t knocked off Alabama since 2006, the final win in a dominant 10-2 run vs. the Tide that started in 1995. That Volunteer team was ranked No. 7 in the AP when it hosted unranked Alabama and won 16-13, part of a 9-4 campaign in Phillip Fulmer’s third to last season in Knoxville. For the Crimson Tide, it was the same season that witnessed its most recent loss to Arkansas, also the fabled final year before Nick Saban took over the helm. The current streak is the longest in series history.

The second of the two non-conference matchups listed, this battle for the Victory Bell (there are nine bells associated with FBS rivalries) has been all Cincinnati in recent years. Miami’s last win came in 2005, a 7-4 campaign that included a respectable 34-14 loss at (6) Ohio State in the opener and the 44-16 blowout of the Bearcats in Oxford. The Redhawks’ offense averaged 33.7 points per game that season, earning a No. 20 rank nationally in scoring offense. Cincinnati struggled to a 4-7 mark in 2006, its first in the Big East and the lowest point in Mark Dantonio’s three-seasons. The current streak is the longest in the 133-year history of the series.

Kansas hasn’t toppled Oklahoma since 1997, a 20-17 win in Lawrence and the third of three-straight victories over the Sooners. Both squads were unranked coming into the contest, the Jayhawks finished 5-6 while Oklahoma skidded to a 4-8 record, the fourth-worst finish in Sooner history. Not only was it a low point it was also the precursor to a turning point – the second to last year of the John Blake era in Norman and just a season away from the triumphant arrival of Bob Stoops. In 2000, just three short seasons after the most recent loss to Kansas, Stoops would lead OU to a 13-0 campaign and a national championship. The current winning streak is the longest in series history.

After finally snapping Michigan’s 24-win streak last season, in 2021 Indiana has a chance to beat Ohio State for the first time since 1988. That Hoosier team destroyed the unranked Buckeyes 41-7 in Bloomington on its way to an 8-3-1 finish that included a win over South Carolina in the Liberty Bowl and a No. 20 rank in the final AP. The mention in the final poll marked the last time Indiana would be so ranked until this past season, a No. 12 finish. Though the 1988 OSU team scored a 36-33 win vs. (7) LSU in Week 3, it went 2-5-1 down the stretch (all Big Ten games) to finish 4-6-1. It was John Cooper’s first season in Columbus and the fourth-worst finish in program history. The 25-game win streak is the longest in the series.