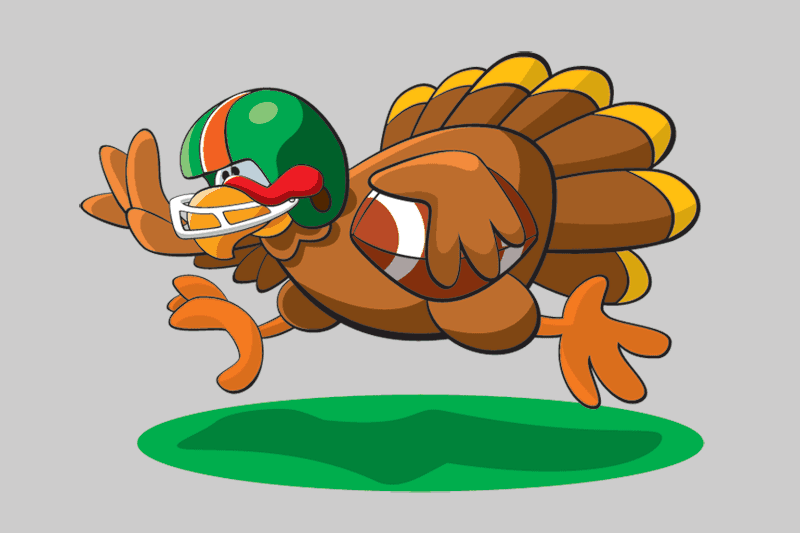 Some of the top college rivalry games on the Thanksgiving football schedule include Auburn at Alabama, Florida at Florida State, Georgia Tech at Georgia, Michigan at Ohio State, Mississippi State at Ole Miss, Oregon at Oregon State, South Carolina at Clemson, and Washington State at Washington.

There are also some great NFL games this week, highlighted by three Thanksgiving Classic games: Chicago at Detroit, Philadelphia at Dallas, and Seattle at San Francisco.

Listed below are the games with time, TV network, and online streaming. For college games, the CFP Playoff ranking is listed in parentheses (as of 11/25).

I love Turkey and Rivalry weekend!!!