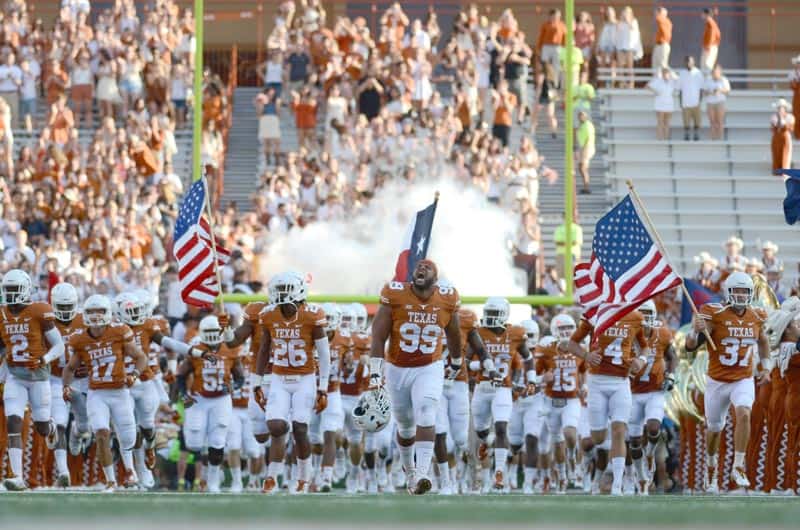 The Texas Longhorns have added the Tulsa Golden Hurricane to their 2018 football schedule, the Austin-American Statesman has reported.

Texas will host Tulsa at Darrell K Royal – Texas Memorial Stadium in Austin on Sept. 8, 2018. The Golden Hurricane will receive a guarantee of $1.1 million for the game, which will be the first meeting between the two schools.

The addition of Tulsa completes the non-conference schedule for Texas for the 2018 season. The Longhorns are scheduled to open at Maryland on Sept. 1 (at FedExField) and, after facing Tulsa, host the USC Trojans on Sept. 15.

Texas’ non-conference schedule is now tentatively complete through the 2018 season. The Longhorns need one more game in 2019 and two in 2020 and 2021.

Tulsa now has their second non-conference game scheduled for the 2018 season. The Golden Hurricane are also slated to visit the Lone Star State in their season-opener at Texas State on Sept. 1.

The Golden Hurricanes are in their first season as a member of the American Athletic Conference. It’s been rough so far, as they’re 1-7 on the season after losing seven straight.